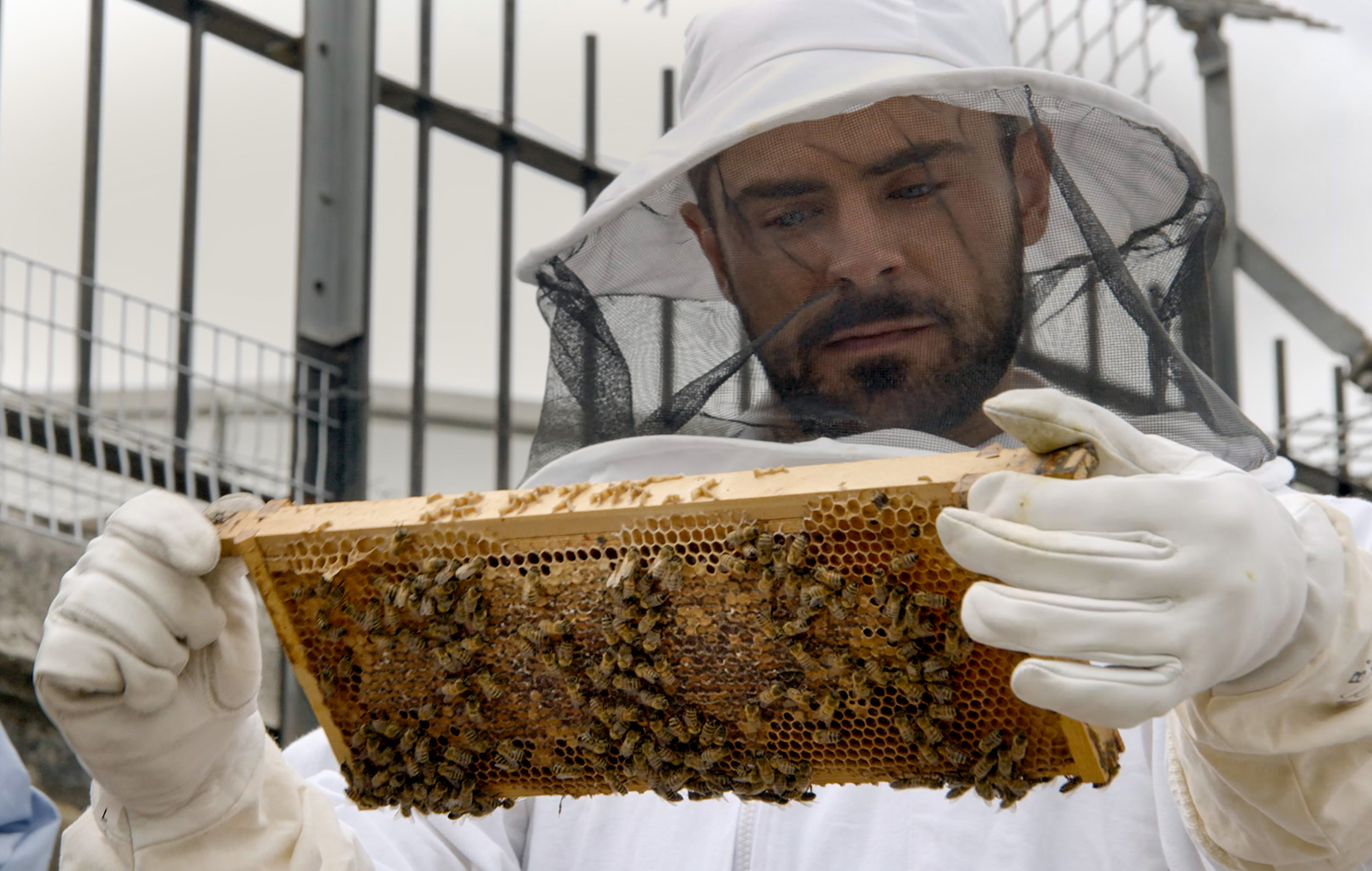 Zac Efron is a hugely talented, highly versatile actor. He can sing, dance, and turn his hand to horror or comedy. Apparently, the only chink in his thespian armour is looking convincingly interested in touring an Icelandic geothermal power plant while somebody patiently explains how a turbine works.

That’s the message you take away, as Efron tours the globe in Netflix’s Down To Earth (Troy Bolton: Superspreader would be a better title in these times). As he tries to find healthier, eco-friendly alternatives for producing food, water and energy, exclaiming “Wow!”, “Dude!”, “Rad!”, he comes across as kind of ‘David Atten-bro’. Aided by his older mate Darin Olien, who’s billed as a “wellness expert” (which is one of those jobs you might have previously thought was made-up – like a unicorn vet), the 32 year old’s series mixes the environmental message with tourist activities like visiting Blue Lagoon or munching reindeer tartare.

There are many strange questions that arise from the program. Why does it subtitle people from different countries when they’re speaking perfect English? Not to get all Piers Morgan-y, but isn’t sending Efron around the world to investigate eco-friendly alternatives a bit like buying Greta Thunberg a wing-walking experience voucher to celebrate Earth Day? They might as well have delivered the message “WE NEED TO REDUCE OUR CARBON FOOTPRINT” via a skywriter.

Why is Olien (who has the look of a man who’d sell Magic Beans to Jack under the guise of a “superfood”) even there – especially when Efron’s father is a nuclear power plant engineer and would have surely acted as a more interesting foil? Why has Twitter decreed buff Efron to have a “dad bod”? What do their own fathers look like – and more importantly, are they single?

But the main problem behind Down To Earth is, like a lot of celebrity travelogues, it’s pitched so low-brow it makes Donald Trump’s Person.Woman.Man.Camera.TV cognitive test look like Alan Turning’s Enigma Code. As Efron and his mate Anna Kendrick get a lesson in water, it reminds you of the old Saturday Night Live sketch that, although it taught tolerance and breaking stereotypes, High School Musical would have failed a basic educational Ofsted inspection.

Even with the fig leaf of sustainability and saving the planet, celebrity travel shows often come across as self-indulgent, falling into the dead zone of: “They look like they had more fun making it than you are watching it.” With the notable oversight of Lisa Stansfield, every personality has done one, every format has been exhausted (with the exception of flat-earther B.o.B. doing Across The World In 80 Days). Stars are duty-bound to undertake an inspirational voyage of self-discovery, regardless of their insider knowledge of the area. You probably can’t walk down a street in India without bumping into Joanna Lumley, Paul Merton, Sue Perkins or The Real Marigold Hotel‘s Miriam Margolyes and Rosemary Shrager debating the merits of flushable loos. Whether it’s Romesh Ranganathan driving a tuk-tuk in Asian Provocateur or going on a Misadventure, or actors Richard ‘Travel Man‘ Ayoade  and Sally Phillips bellowing ABBA in Stockholm, there’s a surfeit of stars going Tourist 101 – with a personal awakening and obviously hilarious consequences!

Worse is the tired, zany ‘celebrity plus relative’ formula like Russell Howard going on a bonding road trip and getting high with his mum, or The Chase’s Bradley Walsh and his son jaunting across the US in Breaking Dad. Or the, no pun intended, daddy of them all: Jack Whitehall doing naked yoga with his papa (a smart, funny, showbiz agent who’s required to cosplay an out-of-touch curmudgeon for the cameras) in Travels With My Father. I like Jack: he’s a great actor, a fine gag-smith and the hardest working man in showbiz apart from The Ellen Show’s HR manager, but Travels With My Father is the worst thing to happen to Whitehall since Dominic Cummings. In a world where  showbusiness is looking increasingly nepotistic – so much so that  expectant stars’ should combine their gender reveal with a spin-off announcement party (“Congratulations Amber Rudd! You’re expecting a daughter… and a Times Radio show with her!”), it makes all these familial TV holidays look more problematic.

In the age of Twitter, lack of expertise can be easily called out: Joanna Lumley’s India was accused of airbrushing history, and viewers have pointed out their annoyance at The Real Marigold Hotel using the wrong regional Indian music, while critics claim Zac Efron’s Down To Earth is peddling pseudoscience and quackery. Then there’s the issue of diversity: comedian London Hughes opened up a debate about gender bias in the genre when she tweeted: ‘Sister Act is on, and I’m still a tiny bit pissed off that in 2018… Whoopi Goldberg agreed to do a travel show with me but no TV shows wanted it,” leading to others, such as Gina Yashere, revealing their proposals had been similarly rejected.

That’s not to say that there aren’t entertaining celeb-voyages: Channel 5’s low-stakes  fluff Cruising With Jane McDonald  (a woman who could have made the sinking of the Titanic camp) worked because it came across as a high-seas real-life version of Lisa Kudrow’s mockumentary The Comeback. If McDonald was taken hostage Captain Phillips-style in the Guardafui Channel, she’d have had those Somali pirates  performing a heavily-choreographed Kylie medley in no time. Now that she’s quit, the channel’s commissioners are going to have to work overtime to find an innuendo-heavy give-the-gays-what-they-want title for a middle-aged woman (Cottaging With Su Pollard, maybe?). At the other end of the spectrum, Idris Elba’s Mandela, My Dad and Me, which charted his experience playing the late South African leader while grieving for his own father, was powerful and poignant.

But the success of Netflix’s tailored, wide-ranging food programs shows the dividends that can be reaped from prioritising experts over celebrity dilettantes. Even Somebody Feed Phil, which falls into the ‘charming enthusiast’ category, where Everybody Loves Raymond creator/scriptwriting genius Philip Rosenthal trots the globe sampling different epicurean delights, dwarfs most travel efforts. In comparison, Travels With My Father would be the banter-tastic Sunday Brunch, which looks like a Fathers For Justice protest in a kitchen.

As travel TV has long been a form of escapism, you might argue that we need the genre more than ever now, but in the coming months, it needs to reinvent itself. There may be a focus on UK destinations, and hopefully (in a time of flux and changing travel restrictions), a return to those in the know who can highlight interesting nooks and crannies. Otherwise we’ll be doomed to watching Zac Efron exclaim: “Wow!” as he watches a bunch of Redcoats Cha-Cha Sliding in Butlins Minehead.