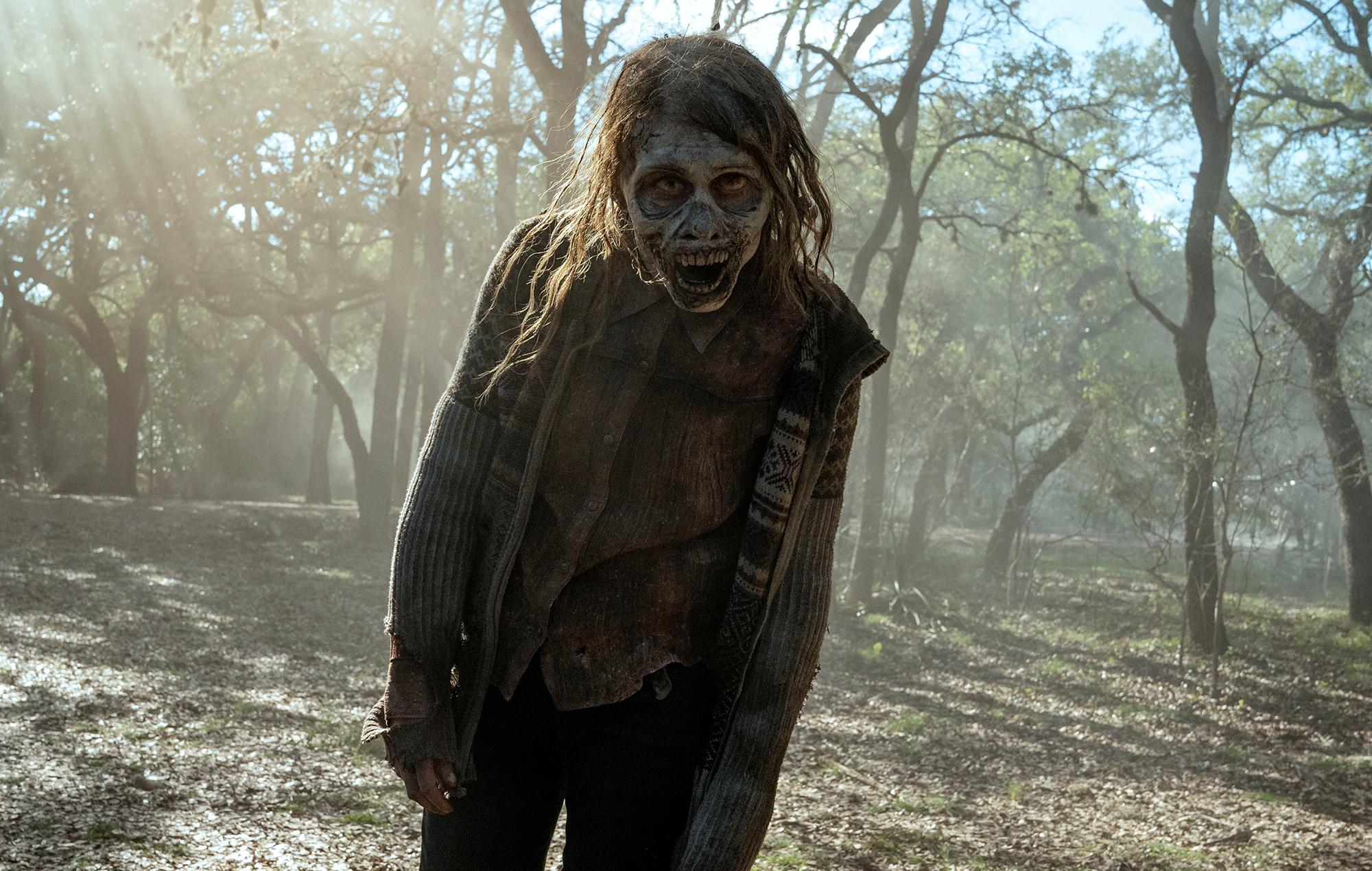 In our review of the first three episodes of Fear The Walking Dead’s sixth season, we were largely negative. Coming off the show’s fifth season, widely acknowledged as the show’s all-time low, it was always going to take a period of heavy-lifting to salvage sense from axes splitting fired bullets and hot air balloon rides mid-apocalypse.

To the credit of showrunners Andrew Chambliss and Ian Goldberg, after the recent midseason finale, the show has made significant leaps towards course correction. The episodes revolved around John (Garrett Dillahunt) and June Dorie (Jenna Elfman) especially are the best in recent memory – offering compelling murder mystery detours and twists which finally handed Virginia (Colby Minifie) some interesting material to work with.

This promising upturn almost makes you want to forgive the occasional lazy writing habits which echo last season. Morgan’s (Lennie James) magical ability to appear at every convenient moment across an entire region became laughable by the midseason finale, yet it’s easier to roll along with the ride when guided by a brisk pace, memorable encounters and the promise of pay-off.

It’s the latter, however, where Fear The Walking Dead feels shaky. This is building towards a confrontation between Morgan’s allies and Virginia’s camp, while a mysterious new graffiti group potentially threatens them both. Sound familiar? It’s the same beat The Walking Dead has danced to for countless seasons. Take down Negan’s Saviors, make way for the Whisperers. Eliminate the Governor at the prison, bump into the Terminus cannibals down the street.

It’s a villainous cycle which allowed The Walking Dead to reinvent itself and continually push back the goalposts through the apocalypse aftermath. When the Fear spin-off was first announced, it was pitched as a prequel to experience the start of the outbreak. A show to cover new ground in The Walking Dead universe, filling the unseen gap of what happened before Rick Grimes woke up in hospital to an abandoned city.

Six seasons later, Fear The Walking Dead has stretched beyond its original purpose. The timeline has interwoven with the mainline show, multiple characters have transitioned from one to the other, and only three of Fear’s original cast are left standing. Without its unique selling point, Fear The Walking Dead seems to have latched onto the same repeated cycle The Walking Dead uses to keep the drama ticking over – with poor success in comparison to the main show’s highlights.

Without this larger purpose, the improvements in Fear The Walking Dead’s sixth season feel like a temporary bandage over a gushing haemorrhage. When your spin-off walks and talks like the main show, what’s the point anymore? Aside from checking out The Walking Dead crossover support raft keeping the ship afloat.

Comparatively, The Walking Dead’s new spin-off World Beyond is already showing signs of benefitting from its limited two season run. While it started out trudging a familiar path glossed with some heavy-handed teenage cheese, the final four episodes of its first season pulled off an impressive turnaround – with surprising twists retroactively lifting everything that came before.

The World Beyond is the first time something in the Walking Dead universe has felt focused and purposeful in a long time. There’s a clear vision for this band of teenagers which, when compared to the usual meandering to survive, feels fresh and satisfying. There’s still a chance AMC could reverse its decision and stretch World Beyond past two seasons, but here’s hoping they’ve learnt from Fear – which has been chopped, changed and dragged into renewal with (seemingly) nothing else left to say.

The biggest rouse might be Fear The Walking Dead filling the void when The Walking Dead ends after season 11. It’s hardly an enticing prospect, and with future spin-offs planned around Carol (Melissa McBride) and Daryl (Norman Reedus), along with Rick Grimes (Andrew Lincoln) movies, Fear feels even less significant in the grand scheme.

To return to form, Fear The Walking Dead needs to find a compelling, original angle on the show’s universe which offers more than cyclical thrills. The first half of season six reinstated confidence in Fear’s ability to provide coherent drama with character’s we’re attached to, but like the Walkers themselves, it’s still only surviving by leeching the remains of others.

The post This is what ‘Fear The Walking Dead’ needs to change appeared first on NME | Music, Film, TV, Gaming & Pop Culture News.