The Walking Dead franchise continues to march on. Aside from Fear the Walking Dead, which was recently renewed for a sixth season, and a new spin-off – World Beyond – on the way, the flagship show goes from strength to strength with the launch of season 10, part two.

Having returned on October, 2019 for a run of eight episodes, ending on November 24, the second part of the AMC show’s 10th season is readying itself for the Whisperer War.

In the final episode of season 10, part one, the gang found themselves stuck in a cave after searching for Alpha. Will they make it out? Only time will tell. Here’s what we should expect from the next season of the AMC show.

Will The Walking Dead return for an 11th season?

Yes. An announcement was made at New York Comic Con on October 5, 2019. Fan favourite Lauren Cohan, who plays Maggie Greene, made the announcement by running onto the stage mid-panel while wearing a mask, before surprising the delighted crowd.

The moment @LaurenCohan announced she was returning to #TheWalkingDead

When will The Walking Dead return for season 10, part two?

AMC has confirmed that the return date for the second half of season 10 of The Walking Dead will be February 23, 2020 in the US. Because the UK has been showing the latest episodes one day after the US broadcast, the midseason premiere will be shown Monday, February 24 on FOX UK.

However, the season 10 finale has been postponed due to “current events”. No new air date has been given for the last episode at present, which was scheduled to be broadcast in April.

Current events have unfortunately made it impossible to complete post-production of The Walking Dead Season 10 finale, so the current season will end with its 15th episode on April 5. The planned finale will appear as a special episode later in the year. The first 8 episodes of The Walking Dead Season 10 will be available for free on AMC.com and the AMC app, immediately following the last Season 10 episode on Sunday, April 5 through Friday May 1. Please follow us at @amcthewalkingdead for updates.

Is there a trailer?

On February 5, 2020, a teaser trailer for the second half of season 10 was released.

The official The Walking Dead Twitter account also shared a snippet of the opening minutes of the new season’s first episode.

Who else can't wait for Sunday? Here's the opening minutes of #TWD Season 10B Premiere to get you through your day! pic.twitter.com/lHS3R2FgUB

The first trailer for season 10, part one, was premiered at Comic-Con 2019. Captioned, “In the fight against the Whisperers, there’s no going back,” see the clip below.

Are there any photos from the new season?

Yes. New images released ahead of The Walking Dead‘s mid-season return appear to have revealed another survivor, following the cliffhanger that saw the team cornered by the undead in a cave.

Recent stills from the second half of the current season, however, showed certain characters taking part in the Hilltop Battle – seemingly confirming that that Daryl, Carol, Aaron and Kelly will survive the cave.

#TheWalkingDead returns! Feb 23 9pm ET/PT I was told this is an exclusive pic! Is it? Have you seen it anywhere else yet? #TWD #AMC pic.twitter.com/wQEa3qVaNx

A selection of newly-released images show Jerry also participating in the battle, meaning Magna and Connie are now the only characters whose safety is potentially at risk.

The Walking Dead‘s official Twitter account also shared some photos from the first episode of the new season – see below.

We have new images from THIS SUNDAY'S #WalkingDead premiere!

A selection of photographs from season 10, part one, were shared ahead of it airing in October, 2019. See them below.

Do we know any plot details?

According to the season 10, part two description published on AMC‘s website, with the Whisperer War upon them, the collective communities must come together and possibly sacrifice all they have to find a way to silence the Whisperers once and for all.

The first episode of the new season is titled ‘Squeeze’.

Prior to the second half of season 10, a teaser for the entire season focused on The Whisperers, a menacing group of survivors from the comics that wear the skin of the dead in order to disguise themselves.

Speaking to Digital Spy, star Eleanor Matsuura (Yumiko) said of The Whisperers: “I think they are the most incredible baddies. I don’t think the fans will be disappointed by the new threat that they pose.”

Dan Fogler (Luke) added: “The idea that someone would just willingly dress up like that and go, ‘Yeah, that’s how we’re going to survive’ – that’s insane and a really scary concept. Dressing up wearing zombie skin, it’s like Michael Myers or something. It puts a real chill up your spine that is reminiscent to a horror.”

Hey, who are these so-called "Whisperers" anyway? Go behind the scenes of #TheWalkingDead Season 9 for some intel: https://t.co/mV6hQQBCnY pic.twitter.com/IXKeDbv1V5

According to the season 10 description published on AMC, the survivors are “preparing for a battle that may be unavoidable.” Could this mean the Whisperer War is coming?

“The collected communities are still dealing with the effects of Alpha’s horrific display of power, reluctantly respecting the new borderlines being imposed on them, all while organising themselves into a militia-style fighting force preparing for a battle that may be unavoidable,” the description reads. “But the Whisperers are a threat unlike any they have ever faced. Backed by a massive horde of the dead, the Whisperers are seemingly a fight the survivors cannot win.
“The question of what to do and the fear it breeds will infect the communities and give rise to paranoia, propaganda, secret agendas, and infighting that will test them as individuals and as a society.”

The season 10 premiere will also kick off “a few months” after the snowy season 9 finale.

Former showrunner Scott M. Gimple (who was replaced by Angela Kang for season 9) indicated that the show would focus more on “original stuff”, rather than adhering to the source material from the comics.

Meanwhile, Lincoln has said that Kang has a “new vision” for the show, adding: “There’s something beautiful in the original DNA of the show in that it is all about change. The show will live on and it will continue to be great.”

Which cast members are coming back?

Having appeared in almost every episode since the very first season, it’s probably safe to expect Norman Reedus to return as Daryl.

According to The Hollywood Reporter, Reedus has “become the new No. 1 on the call sheet” after signing a “franchise/universe deal”, meaning that he will continue to be paid even if his character is killed off in the next three years. The report suggests that Reedus will make “$350,000 per episode on top of additional guarantees and advances in a deal that sources say could be worth anywhere from $50 million to $90 million”.

Co-star Melissa McBride (Carol) also looks set to return, having signed a similar deal with AMC worth an estimated $20 million over three years.

Golden Globe-winning star Samantha Morton (Fantastic Beasts, Minority Report) will be introduced as part of The Whisperers during the second part of season 9, with Ryan Hurst (Taken) playing her deputy, Beta. With the season 10 teaser confirming that The Whisperers are sticking around, it’s likely that both Morton and Hurst will return too.

It is uncertain whether Danai Gurira (Michonne) will sign up again for season 10. THR reveal that Gurira was in “prolonged negotiations” with the network that were “complicated by her status as a breakout actress with hits under her belt including Black Panther”. 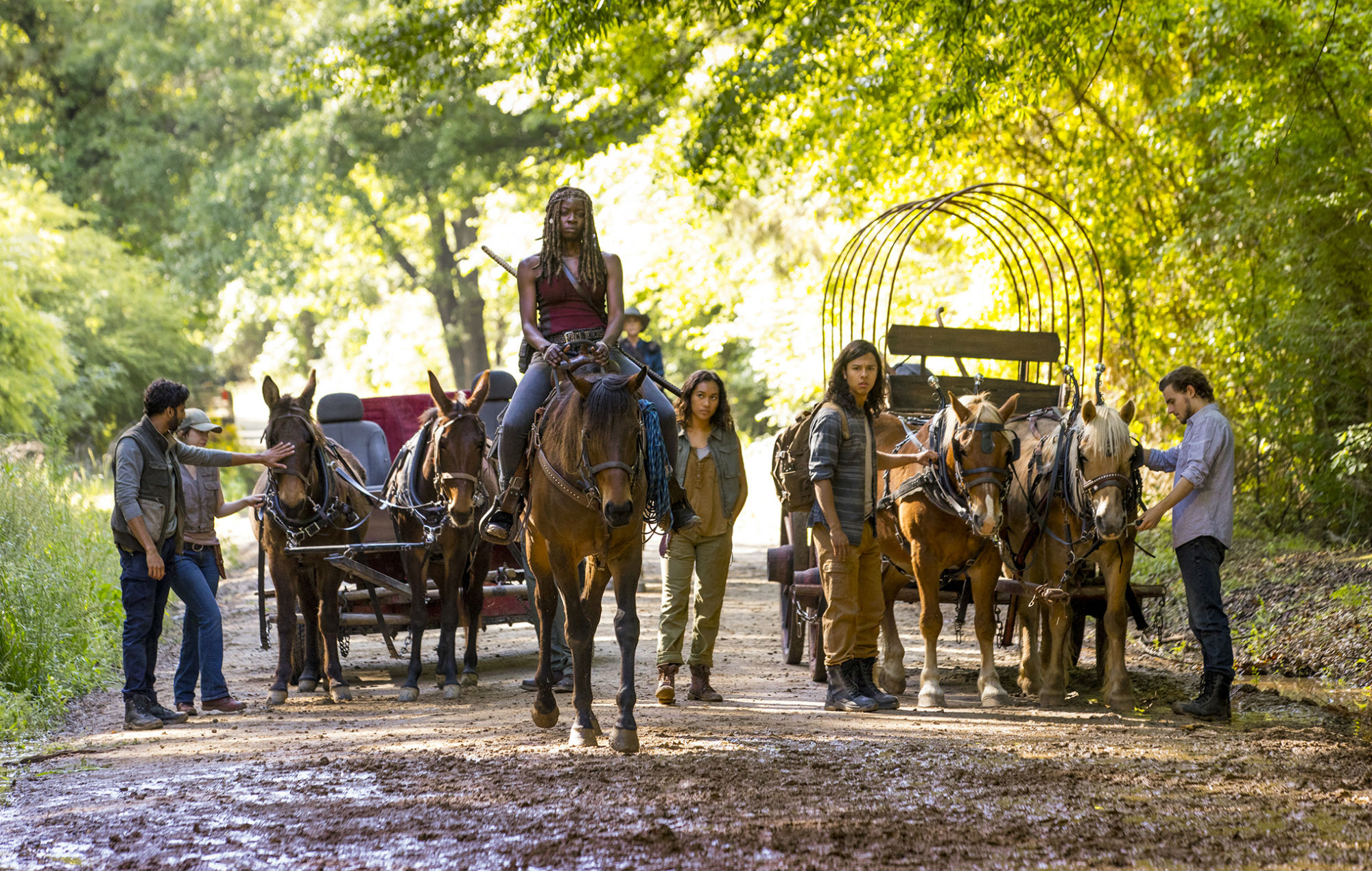 “She has been very vocal about saying that she loves the show. We love Danai; we love that character. Right now, she’s got a lot of opportunities and she needs to weigh what she feels is best for her. But we certainly would want her on the show as long as she wants to be on it,” AMC programming president David Madden told THR.

“We really want her to stay. She is an incredibly valuable character and I’m really hoping she stays. Obviously, the lesson of Andy is that the show can survive anybody’s departure if need be but that’s not our goal. The goal is to have Danai continue on whatever basis she can make work, given the other things that she has going on in her life.”

When asked how long she would remain on the show, Gurira – who has portrayed Michonne since season 3 – said last September: “I can’t share that at this moment.”

Will Andrew Lincoln be in it?

No. Andrew Lincoln’s last appearance as Rick Grimes came in the fifth episode of season 9, which aired in November 2018. It saw Rick rescued from a zombie herd by Anne and taken to safety in a helicopter.

Lincoln explained that his decision to leave the show was influenced by family commitments, telling Entertainment Weekly: “I have two young children, and I live in a different country, and they become less portable as they get older. It was that simple. It was time for me to come home.”

However, Lincoln has also left the door open for a return in season 10 as a director. He told EW last September: “I’m going back. I’m going back to shadow a director, and my intention is to direct next year. I can’t be that far away because I can’t bear it. That’s how much I am invested in the show and the continuation of the story.”

There has also been suggestions that Lincoln could reprise the role of Rick for a series of standalone movie specials. 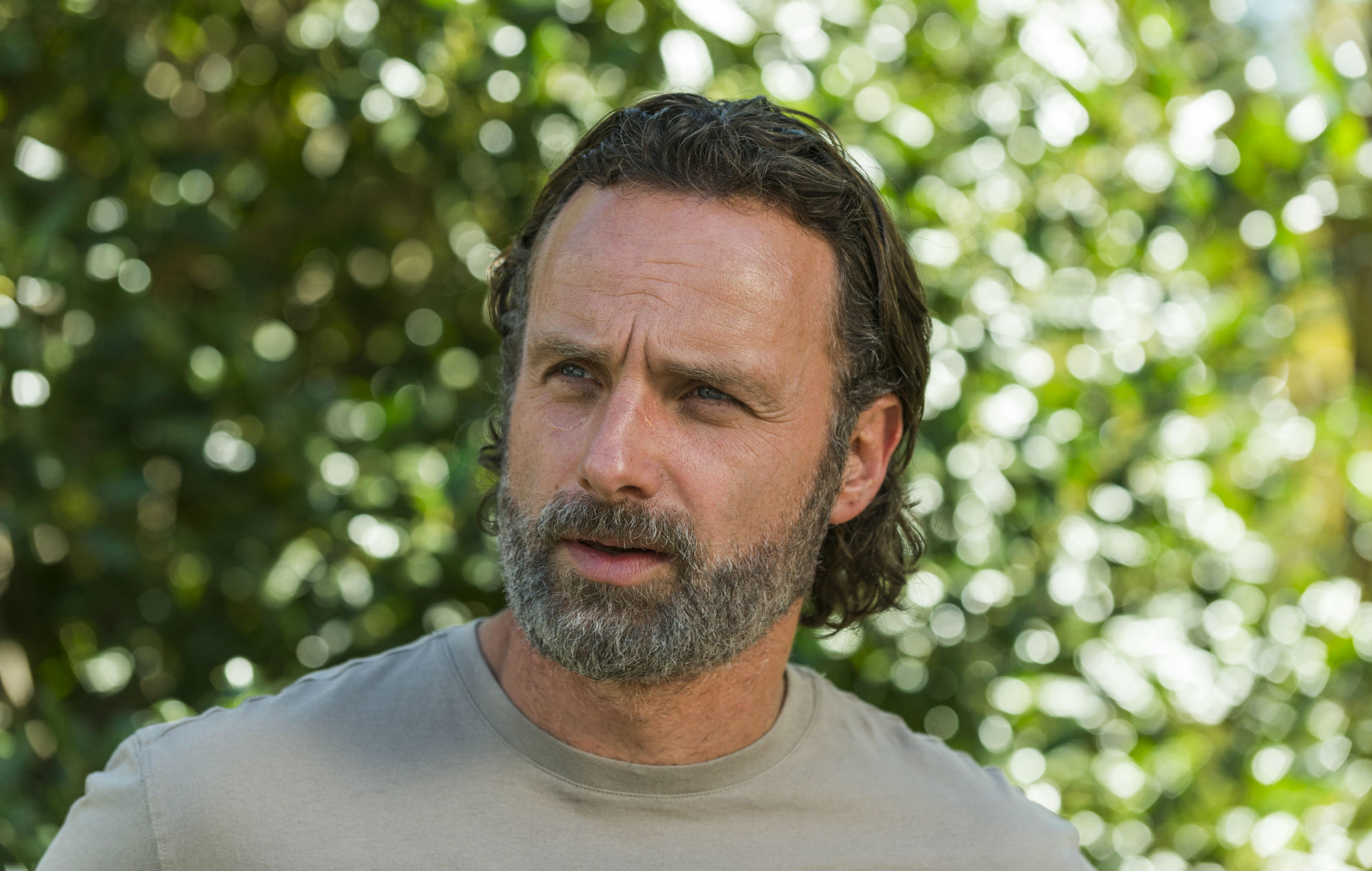 Are there any new characters?

Yes. The new season will see the introduction of a new Whisperer called Gamma, played by Thora Birch. Gamma is described as a fiercely loyal lieutenant of Alpha.

Kevin Carroll of The Leftovers is also joining the cast as an “intelligent” survivor named Virgil.

How many more seasons will there be?

Back in 2017, now-departed showrunner Gimple (who now serves as the show’s chief content officer) indicated that he wanted the show to span more than two decades.

“We are trying to do 20 years,” Gimple said during a fan panel at PaleyFest in LA. “The [Walking Dead] comic has certainly done it, and I look forward to every issue. The Simpsons has been on 26, 27 years, so that’s a challenge — so OK, challenge accepted. Done.”

The show has also experienced diminished viewer ratings. 6.08 million people in the US tuned in to the premiere of season 9 last October, which was down 47% on the previous year’s season premiere (11.4 million). Ratings for the rest of the season dipped to the four and five million bracket, the kind of viewing figures not seen since season 1 back in 2010. However, The Walking Dead is still one of the top-rated shows on US cable, so AMC could still see reasons to continue to commission seasons for years ahead.