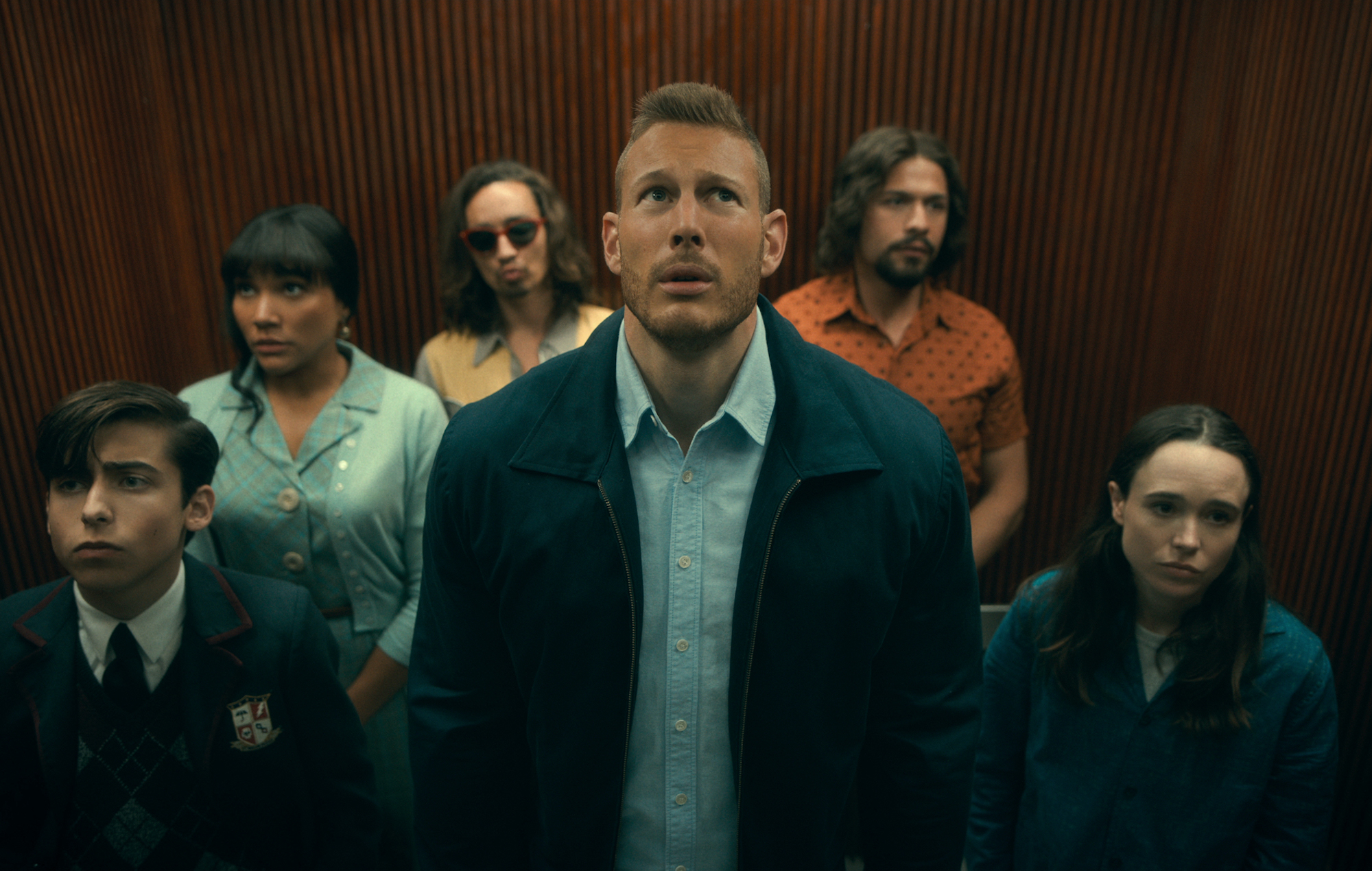 The first season of The Umbrella Academy – the Netflix show based on a comic book series of the same name from My Chemical Romance‘s Gerard Way – knew that as a show about superheroes, it was supposed to be larger than life.

Telling the story of seven adopted siblings with powers, reunited by the death of their militant father and trying to stop an imminent apocalypse, the character-led series was a smart, zany and surprisingly heartfelt take on a genre that all-to-often puts action over common sense. But with their world established and the origin stories told, season two really lets loose and starts to have some fun.

After time traveling away from the apocalypse, the second instalment jumps straight back to the action with our seven siblings scattered across the early 1960s in Dallas, Texas. Five (Aidan Gallagher) is the last to land and find himself in the middle of a literal warzone. “What the hell did we do now,” he asks before Frank Sinatra’s ‘My Way’ soundtracks the team reunited with supercharged powers and fighting together like that scene from every Avengers movie. Their dad would be so proud if it wasn’t for the launch of some nuclear misses that swiftly ends them and the world.

Despite the premise, the show never retraces its steps. Away from the childhood trauma that drove season one, this run is less repressed, more grown up and sees the Hargreaves siblings even more fleshed out. Thankfully Ben (Justin H. Min) gets more character development in a single cold open than he ever got before, Luther (Tom Hopper) is far more likeable after some time atoning for his punch-first, ask-questions-later attitude that caused a majority of the problems previously while Diego (David Castañeda) is less brooding and with a great new haircut to boot. In spite of their fantastical origins, they’re all more relatable. As Vanya (Ellen Page) puts it, “New timeline, new me.”

The high-octane 10-episode run – which brings together Cold War paranoia, the plot to assassinate JFK and surreal adventure – sees the unexpected return of some season one players, plus a host of brilliant new characters too. The fiery, fickle wonder of Lila (Ritu Arya), the determined real-life heroics of Raymond Chestnut (Yusuf Gatewood) and ‘The Swedes’, a new team of otherworldy assassins led by Kris Holden-Ried, fit seamlessly into the electric chemistry of The Umbrella Academy.

It’s not all happy new beginnings though. The storyline of Alison’s (Emmy Raver-Lampman)
struggle against blatant racism and oppression feels very raw against the backdrop of the current Black Lives Matter movement. Her protest at a restaurant – stylistically notable as the only time the show uses conventional hero music – and its aftermath could be uncomfortable moments for viewers to watch, very much mirroring real life events. As Alison explains, “We need to continue to fight for equality in the face of persecution.”

Overall though, The Umbrella Academy is still mostly ridiculous, peppering the story with jarring musical montages – Klaus (Robert Sheehan) Vanya and Allison in the beauty salon is a series highlight – smirking family squabbles (“Being smart doesn’t make you interesting,” Klaus tells Ben, who swiftly replies “Nor does your beard”) and blood-splattered killing sprees. It never takes itself too seriously and is self-aware enough to cut the sort of big emotional declarations that in other superhero shows would see the threat resolved with incidents like someone pretending to throw up.

More than a superhero show, The Umbrella Academy takes influence from all over. There are nods to the ’80s sci-fi hijinks of Ghostbusters alongside the psychological thrills of Eternal Sunshine of A Spotless Mind and it’s different to most other things out there right now. Bigger, brighter but with more at risk, this second offering is a flawless series that doesn’t put a foot wrong. It’s a triumphant burst of joy that we could all do with some of right now.