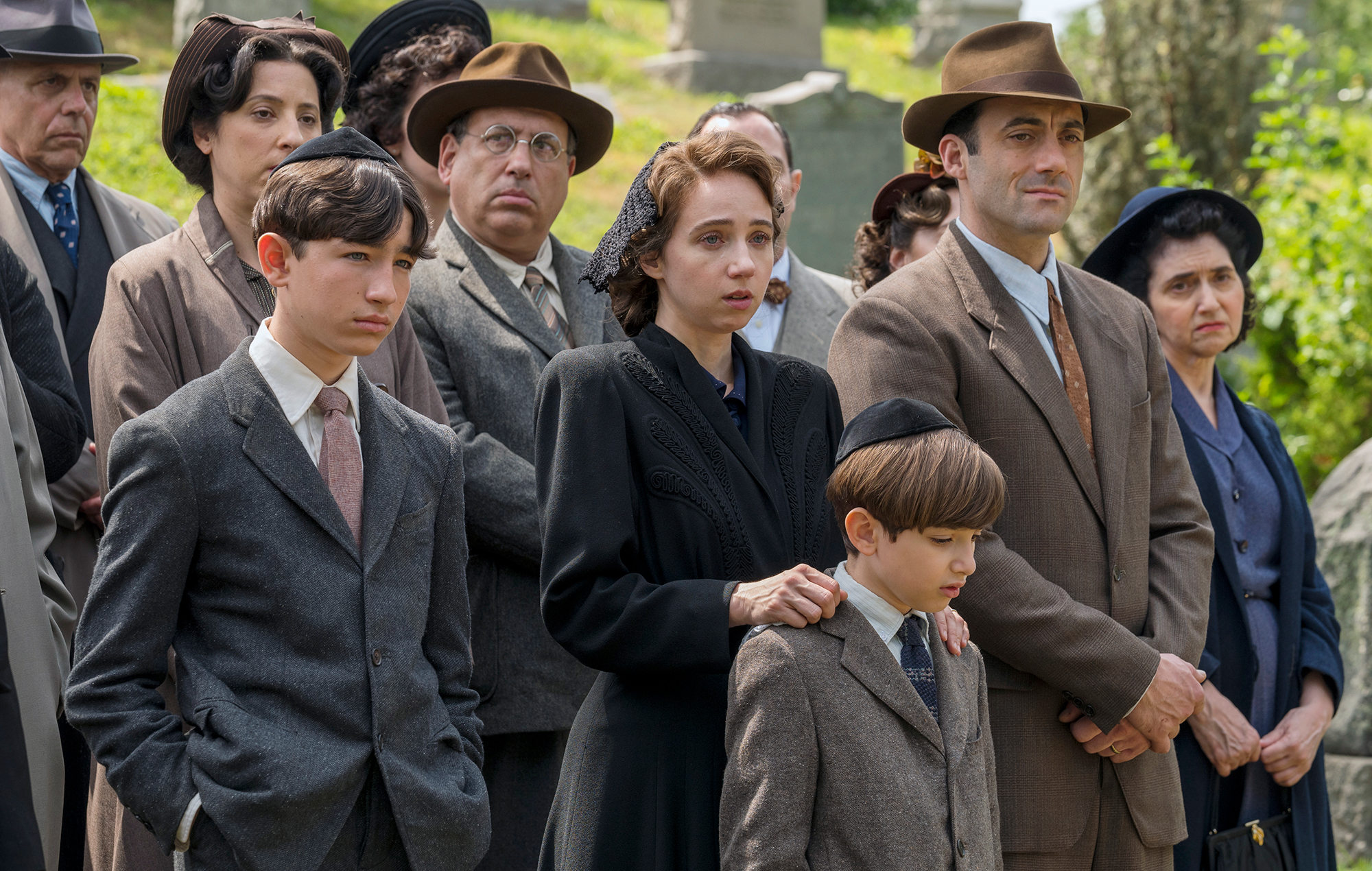 It feels like stating the glaringly obvious to say how much The Plot Against America echoes what’s happening in modern day America. Released at any time in the past 50 years or so it would have echoes, but today those echoes are loud, almost deafening.

Based on a 2004 Philip Roth novel of the same name, it imagines an America that never entered the Second World War. Set in the 1940s, in this America Charles Lindbergh became president instead of Roosevelt, tilting the country’s gaze away from the horrors in the rest of the world. He made an America that thought, ‘Well, maybe Hitler has a point?’ and turned on its own Jewish community. Adapted by David Simon and Ed Burns, who will forever be ‘the team that brought you The Wire’, it’s a saddening, maddening, brilliantly made drama.

One of the things this shows so chillingly is how sneakily fascism spreads. It doesn’t barge in the door, announcing itself. It creeps into national conversation, through private whispers and tiny acts of oppression. The heart of the story is the Levins, a middle-class New York family gently on their way up. Herman Levin (Morgan Spector) is an insurance salesman, on the brink of promotion. His wife, Bess (The Big Sick‘s Zoe Kazan), takes care of their two happy sons. Life is not luxurious, but it’s good. Until Lindbergh’s popularity grows.

Never seen, Lindbergh is merely reported on. His words are not explicitly anti-Semitic, but their meaning is clear. He sows seeds that maybe the Jewish people are bad for America. Gradually – so gradually that as Herman rages about it, even his own wife thinks he’s being paranoid – anti-Jewish feeling starts to spread. A new house becomes mysteriously unavailable to them. Strangers sneer at them in bars and restaurants. People proudly wear badges supporting Lindbergh. It becomes generally acceptable to think Lindbergh is just telling it like it is.

Simon and Burns are such smart writers that they take their collective foot off the metaphor pedal. You could absolutely squelch this show by overdoing the Trump comparisons. They trust you to get them and put their effort into the characters and draw them exquisitely. Within the Levin family, all angles of America’s descent into fascism are seen. Herman screams against it. Bess trusts that people will ultimately be good, as people show little to support that view. Bess’s sister, Evelyn (Winona Ryder), thinks Lindbergh’s right that America shouldn’t go to war, and tragically starts to side with a man who hates her. Fascism doesn’t take over because everyone decides to be fascist. It takes over because people would rather not think fascism is taking over.

The things that are so enthralling about The Plot Against America are the same things that make it kind of depressing. It all seems so thoroughly believable. So much seems so horribly familiar. It’s fiction, but all the worst bits have the jangling ring of truth.

The post ‘The Plot Against America’ review: fascists take over in 1940s-set drama from the makers of ‘The Wire’ appeared first on NME Music News, Reviews, Videos, Galleries, Tickets and Blogs | NME.COM.