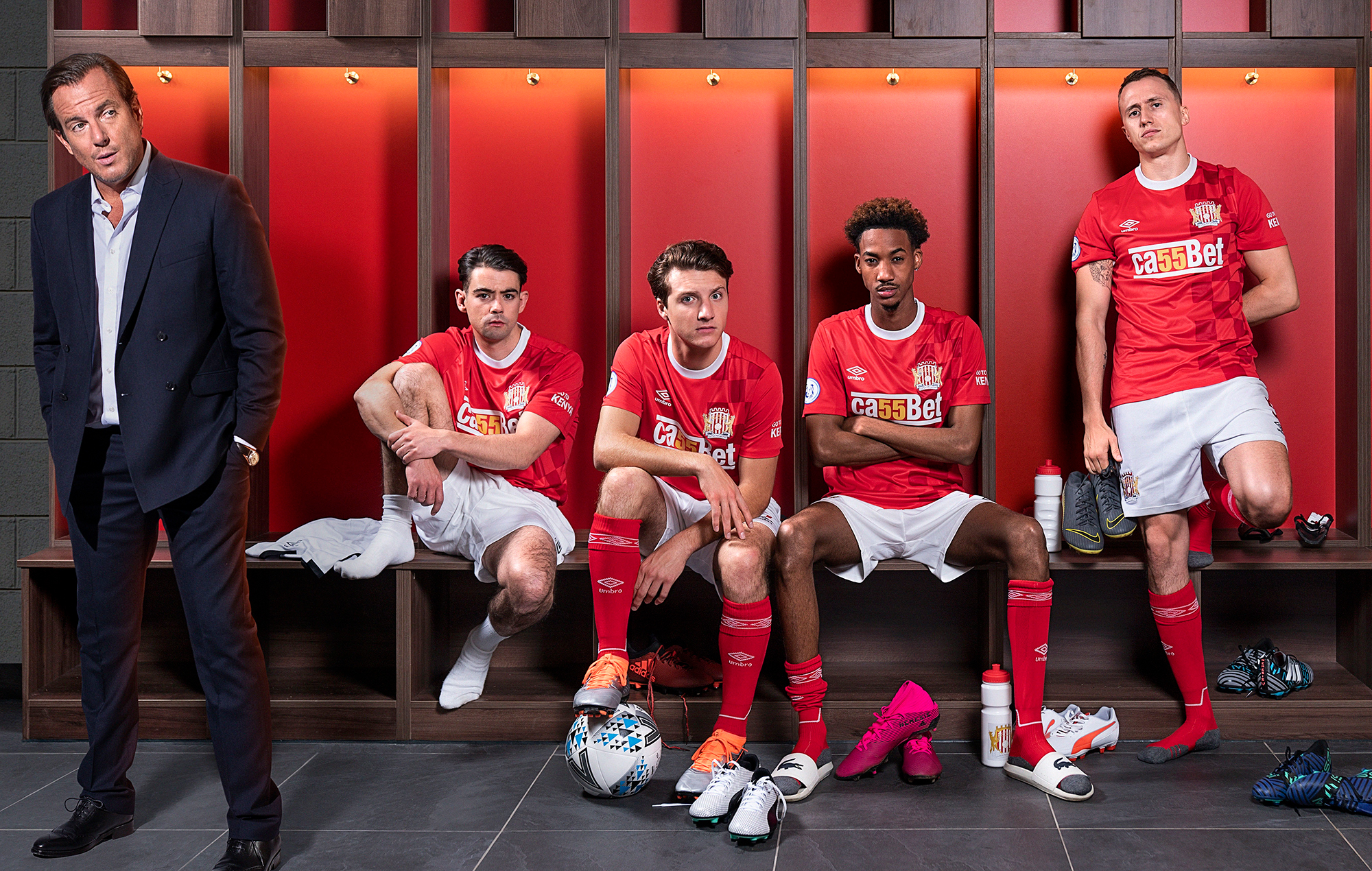 If endless games of FIFA aren’t providing you with sufficient football-related entertainment in lockdown, then writing duo Iain Morris and Damon Beesley (The Inbetweeners) may have the solution to your match-free problem. Their new pitch-side sitcom The First Team, which premiered on BBC Two (May 28) tonight, lampoons life in the Premier League – and has enough big match action to satisfy fans desperately seeking their fix of the top flight.

Marking the pair’s first TV collaboration since The Inbetweeners left the box in 2011, this joke-filled satire tells the story of a fictitious team both on the pitch, as well as off it. At the centre of the show is Matty Sullivan (Jake Short), a recently signed US starlet who struggles to live up to the expectations of his chairman (played by a brilliantly sleazy Will Arnett). After putting pen to paper on the deal, it’s not long before Sullivan joins ranks with Benji (Shaquille Ali-Yebuah), the gaudy on-screen manifestation of the over-paid, underperforming footballer – and Jack (Jack McMullen), the outfit’s paranoid star player. Later, Sleaford Mods‘ Jason Williamson appears as sweary kit man Martin – a nicely developed cameo that builds on his performance from Morris and Beesley’s Glasto-inspired comedy The Festival.

The show might be an entirely different beast to The Inbetweeners, but it’s the electric chemistry between the three young leads that draws inevitable – and deserved – comparisons to the classroom classic.

In one typically puerile sequence, for instance, Jack tells his mates about his irrational fear of buying toilet paper, but it comes with a clever pay-off that highlights the social media scrutiny faced by today’s players. Romance is tackled in a similar way throughout the show – dates with glamour models might be on the cards, but viewers are left under no illusions that with megabucks salaries comes a startling loss of privacy too. In showing that these young stars are as fallible as the rest of us, The First Team subtly forces fans to examine why they stake so much of their own happiness on how 11 young blokes, each with their own individual flaws, perform each Saturday.

All things considered, this small screen take on the beautiful game is a world away from the fast-flowing banter of The Inbetweeners. But after just six 30-minute episodes, there’s already enough on offer to suggest that it could blossom into a table-topping hit.

‘The First Team’ premieres on BBC Two at 9:30PM on May 28 – all six episodes will be available to stream on BBC iPlayer