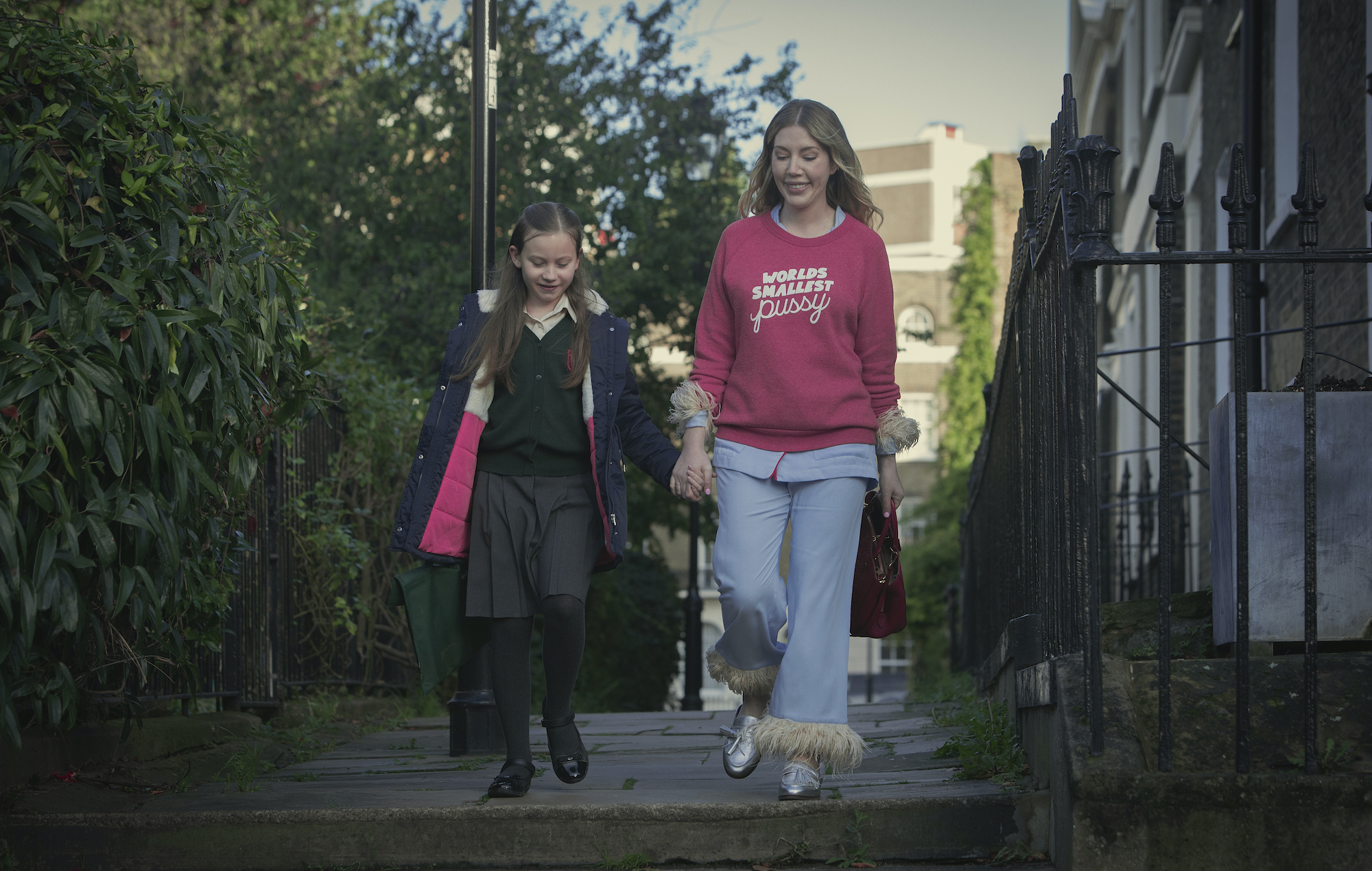 In her stand-up routine, Canadian comic Katherine Ryan serves up divisive gags that – depending on who you ask – land as cheekily funny or borderline offensive. It’s this Marmite quality that she brings in bucketloads to The Duchess, her new Netflix sitcom that seems destined to be either loved or hated, with very little in between.

If you’re already a fan of Ryan, you’ll likely fall in the former camp. This show is stuffed with crass one-liners, rude jokes and awkward moments. The very first scene involves Ryan’s semi-autobiographical character (also Katherine Ryan) walking her nine-year-old daughter to school in pyjamas and a sweatshirt emblazoned with the words: “World’s smallest pussy.” When mother and daughter arrive at the school gates, Ryan calls the playground bully “dicks-lexic” and a “tasteless little ditch pig”. Three minutes in and you should already know if Katherine’s no-fucks-given, sharp-tongued anti-hero is for you.

Although her cutting remarks are a frequent highlight of the fast-paced six episodes, The Duchess isn’t just an exercise in doling out scalding hot burns. The story was loosely inspired by Ryan’s own experiences as a single mum, and take us inside the relationship between real-life Katherine and her daughter Olive (Katy Byrne), like a far cruder, less wholesome Gilmore Girls.

Olive wants her mum to have a second child and, committed to the idea that her daughter should have some pals to play with, Katherine begins to explore the idea. Her journey begins in a high-end fertility clinic with a waiting room populated by baby-faced students (“How do any of you even have balls yet?” she hollers at them as she leaves). Eventually, she battles through a gritted-teeth encounter with Olive’s deadbeat dad (and former boyband member) Shep (Rory Keenan) in an alleyway, where she repeatedly yells at him to “cum in my hand!” That scene, in particular, nails one side of The Duchess’ appeal – squirm-in-your-seat awkwardness that’s as hilarious as it is uncomfortable.

When the series progresses, though, it also exposes another side of itself – one that’s full of heart and warmth. Ryan’s narrative is centred around Katherine and Olive’s bond, and the two stars bounce off each other with an ease that feels totally natural. Elsewhere, The Duchess manages to avoid falling into the trap that many other shows with similar themes have done in the past – portraying single parenthood as something tragic and messy. Katherine may not be perfect (far from it), but we never see her looking anything less than glamorous, confident and fiercely independent. It’s a refreshing change.

Ultimately, Ryan’s first sitcom isn’t for everyone, but the deft way she mixes inappropriate humour with genuine, tender storytelling should win her a chunk of new fans and, hopefully, secure a second season.

‘The Duchess’ is streaming on Netflix now