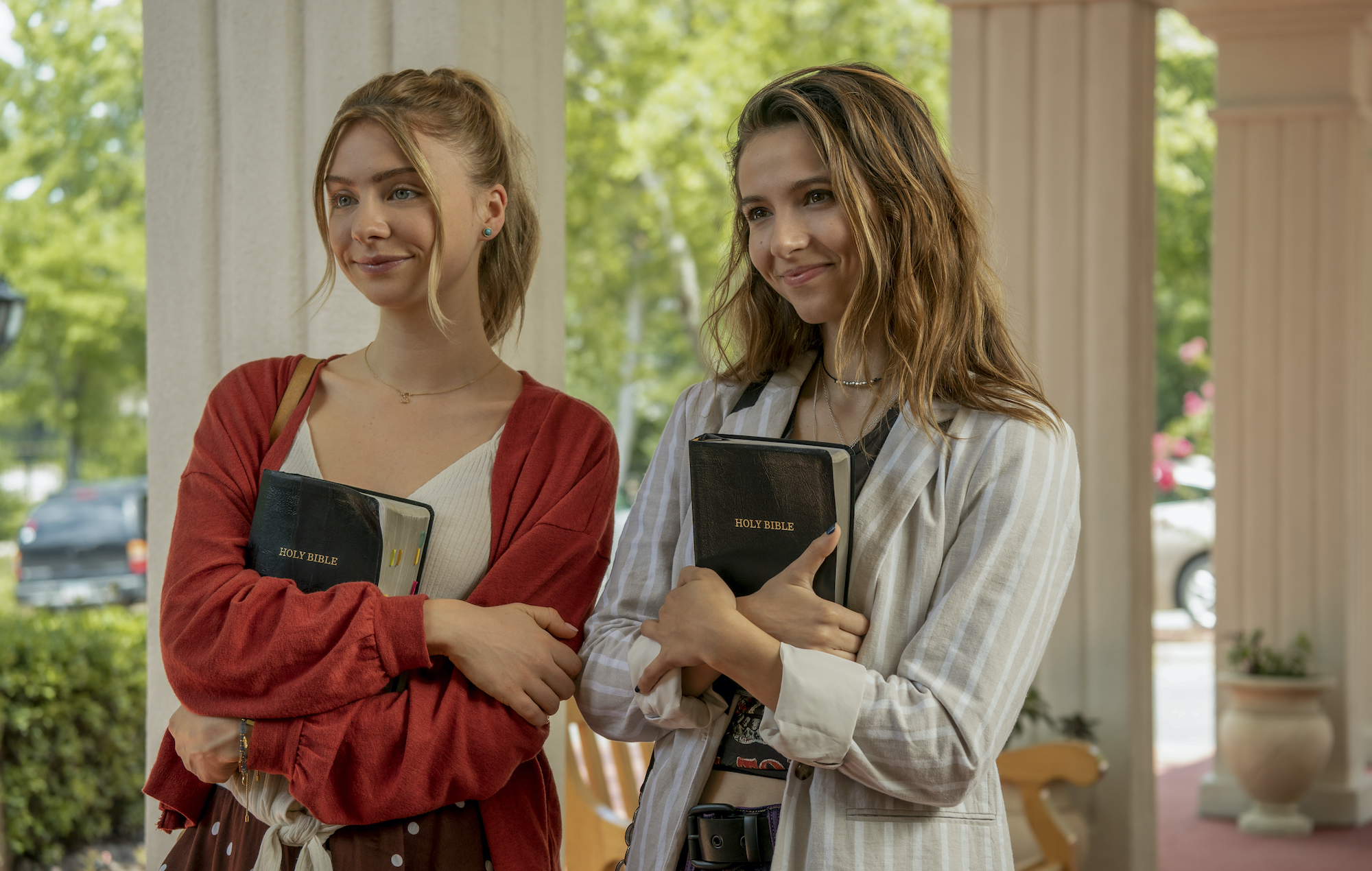 High school life is hard enough for your average teen and twins Sterling (Maddie Phillips) and Blair Wesley (Anjelica Bette Fellini) are just trying to make it through with their grades high and their backs out of the crosshairs of the more popular kids. Good students at a private Christian school in Atlanta, their only minor acts of rebellion are borrowing their dad’s truck without asking and hooking up with boys in cars.

On the night Sterling loses her virginity, though, all that changes. While driving home for a sexy session in their school’s car park, Blair is so distracted by her sister’s confession, she crashes into another car, sending it spinning along the road. Despite being at fault, she decides to give the other driver a piece of her mind and ends up with a gun pointed at her. But when Sterling comes to her rescue with their dad’s hunting rifle, the driver doesn’t assume the logical – that they’re just two teens getting themselves into trouble – but that they’re bounty hunters.

Rather than admit the truth, they play along, even when a real bounty hunter turns up seconds later in Bowser (Kadeem Hardison). He’s new in town and takes their lie at face value, offering them 20 percent of the reward for cornering his target, who’s skipped bail and on the run. Desperate for cash to fix the damage on their dad’s truck, they latch onto a reluctant Bowser as their new mentor, convincing him with the access their rich, white privilege gives them. Excited by the new line of work, overachiever Sterling develops big ideas very quickly. “What if we become the best bounty hunters in Atlanta?” she asks Blair. “What’s stopping us?”

The top-secret job isn’t always as easy as they think, though, especially when it starts coming between them and their relationships, schoolwork and seemingly perfect family life. When Blair celebrates their ability to strike a decent work-life balance, commenting that it’s “super easy to have it all”, it signals a looming unravelling that amplifies the usual hell of high school and then some.

Written by Kathleen Jordan (American Princess) and produced by a team including Orange Is The New Black’s Jenji Kohan, Netflix‘s Teenage Bounty Hunters is, on the surface, a fun and silly crime comedy that’s equal parts badass action sequences and brilliant one-liners. There’s more depth to it than hilarious romp, though, subtly raising questions about big issues like religion, sexuality and racial inequality. Most of these scenarios feel evergreen in their relevance but one in particular – a fugitive wanted for beheading statues of Confederate soldiers – feels more timely and important than most.

‘Teenage Bounty Hunters’ is available to stream on Netflix now