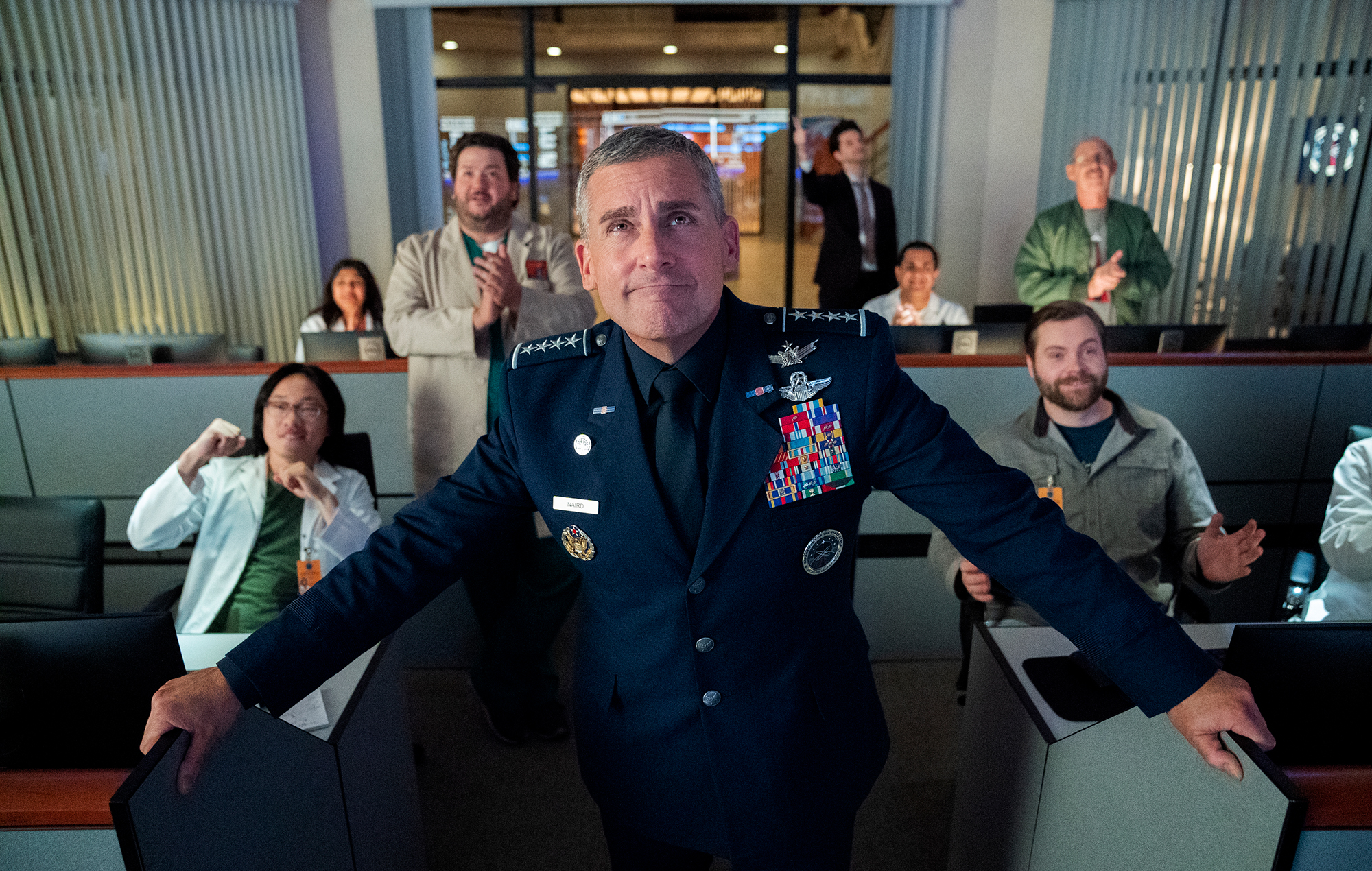 As frivolous as it is political, new Netflix sitcom Space Force sees the duo behind the US remake of The Office prove there’s plenty more workplace hilarity where that came from. Actor Steve Carell and creator Greg Daniels (this time sharing executive producer duties) take a handful of winning ingredients – an enigmatic cast, tautly-written physical comedy, ever so slightly daring jabs at those higher up – and puts them in a zany, compelling new setting.

As General Mark Naird, the newly appointed Chief of Space Operations in the newly created sixth branch of the United States Armed Forces, Space Force, Steve Carell is delightfully ridiculous. It’s a branch that didn’t, and maybe shouldn’t exist, led by a man who was hellbent on heading up the US Air Force – and, of course, has no idea what he’s doing.

But the show doesn’t just laugh at Naird. It strikes a balance between mocking this fictional character’s lack of expertise – and teasing the (definitely not based on anyone real, honest) President, who goes by POTUS and is only heard from via his tweets. To the 2020 viewer it’s crystal clear who the target is, but Space Force is never so vulgar as to say explicitly.

Naird’s character, buffoonish but ultimately kind-hearted, contrasts brilliantly with the head scientist of Space Force, Dr. Adrian Mallory. In this role, John Malkovich proves his unique talent yet again. Exasperated as well as sophisticated, the acting veteran matches Carell stroke for stroke in comedy and charisma.

Space Force gets the most from its peripheral cast too, which offers a revolving door of high-profiled, energetic cameos. There’s the late Fred Willard in his final role, minor but always dissonant enough to deserve a laugh; Lisa Kudrow as Naird’s wife; and Jane Lynch (Glee) as the Chief of Naval Operations. Ben Schwartz and Diana Silvers do fine work too, the former as F. Tony Scarapiducci, a note-perfect caricature of the woke social media wiz; the latter as General Mark’s daughter Erin.

Silvers, seen previously in Booksmart, plays her role smartly, moving what could have been a clichéd displaced teenage girl far beyond the character’s trappings. She brings both wry self-awareness and much welcomed sincerity to proceedings. We watch as Erin fights to find a place in her father’s bizarre new world, having uprooted his daughter’s life to take the job.

Season one’s episodes often play as sketch vignettes – it makes you wonder whether they could each make sense individually as The Office did – and have a lightweight feel to them. There’s a brilliant roster of directors to thank, including Dee Rees (Mudbound) and Jeff Blitz (Spellbound), but most curiously, the director of Paddington and Paddington 2, Paul King, helms a couple of episodes – and even has a producing credit.

When you think about it, this makes sense – the story of a lost Peruvian bear coming to London had plenty to say about the sorry state of British politics, hiding its rhetoric under a veil of wholesome, family-friendly comedy. Space Force is on a similar mission: they might be detailing preposterous situations, governed by a keyboard warrior of a politician – but it’s how much these smart, but also very silly, people make you laugh that is most important.

‘Space Force’ arrives on Netflix on May 29