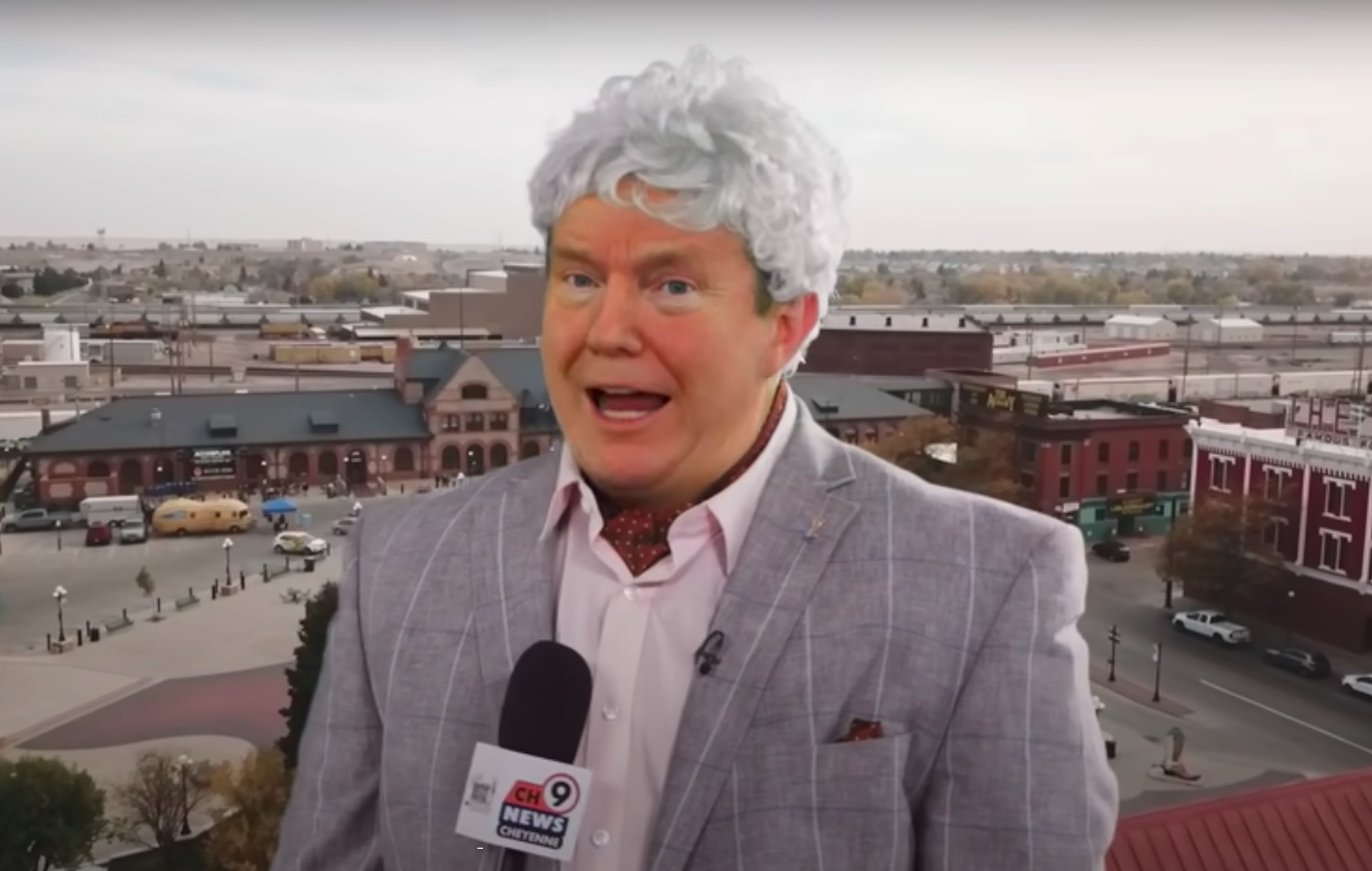 Deepfakes: useful for conspiracy theorists, fake celebrity pornographers, blackmailers, Carrie Fisher ruiners and anyone intent on undermining global trust in truth and democracy. Oh, and impressionists. No longer need John Culshaw limit himself to the most porridge faced and wig-friendly celebrities, or drive make-up departments to the edge of breakdown trying to make him look even remotely Travolta. Now, with software such as FakeApp and DeepFaceLab, he can simply transplant (to take a sleb entirely at random) Nicholas Cage’s face onto his own and karate-kick headlong into eerie valley, virtually indistinguishable from the real thing.

Enter Fred Sassy, star of Sassy Justice, the new online series from South Park’s Trey Parker and Matt Stone. Spotting British actor Peter Serafinowicz’s viral impressions of a ‘sassy’ Donald Trump, the pair instigated a collaboration in which Serafinowicz, with Trump’s face and a ludicrous wig, plays an online justice warrior investigating the scandal and threats of deepfakes, allowing viewers to “get screwed over and lied to in ways never before possible”. Former Vice President Al Gore is on hand to spell out the dangers of this new technology capable of making people “say things, like ‘vagina’ and ‘poop’, then you’ve got senators going around saying ‘vagina poop’.” “Deepfakes are everywhere,” Gore insists, staring straight into camera. “I’m serial.”

Later, Michael Caine explains that, “to tell a deepfake, all you’ve got to do is watch with your ears”, while Mark Zuckerburg pops up in every advertising break, attempting to sell overpriced dialysis to the citizens of Cheyenne, Wyoming. As a variety of deepfakes are analysed in depth by a charming graphics expert with a striking resemblance to Julie Andrews, Sassy exposes the ease with which democracy could be undermined and public figures manipulated by transposing the face of Jared Kushner onto a seven-year-old boy and that of Ivanka Trump onto a burly figure with huge man-hands. And, well, is that really Tom Cruise saying “vagina poop”? Terrifying.

So far, we only really associate deepfakes with comedy and viral videos, because they’re the only ones that openly admit to being fake. The technology is so freshly available to the public that replacing Amy Adams’ face with a pouting Nic Cage, getting Zuckerberg to admit to being under the control of SPECTRE, slotting Trump into Breaking Bad or recasting Sylvester Stallone as the Terminator (all of which are out there), merely act as a novelty demo of what’s coming next.

Comedian Jordan Peel replacing Obama’s mouth with his own to deliver a speech about deepfakery is intended to alert us not to necessarily believe everything we see and hear from here on in – meanwhile, more malevolent players will be beavering away in Moscow basements planting fake videos of influential figures in order to undermine reputations, plant false information, sow discontent or discredit upstanding liberal ideas. Much kudos, for instance, must go to whoever’s been deepfaking Ian Brown for the past six months.

The use of deepfakes in comedy looks relatively limited, however. It might well have made Chris Morris’s Brass Eye far easier to make if he hadn’t needed to bother tricking Phil Collins into talking “Nonce Sense”, but not only would faking it have robbed that show of the cringe factor of watching celebrities make actual, real-life fools of themselves, Morris would never have got close enough to get a release form under their noses; cue a legal shitstorm over image rights big enough to reverse an election result. If permissions can be bypassed, the most the technology offers the comedy world is an ultra-realistic Spitting Image which, like superintelligent AI technology, will only be as good as whoever creates it first. Although, that said, a series like The Crown could make for spectacular entertainment if cast with the actual royal family. It’s a possibility that could even make Prince Andrew sweat.

For now, though, Parker, Stone and Serafinowicz are perfectly placed to mine the finest quality comedy gold from the deepfake revolution. Between South Park, Team America and The Book Of Mormon, Parker and Stone have been ardently using satire to expose cultural and political hypocrisies and inhumanities since they first put Kenny to the sword; to them, deepfakes are a powerful new weapon in the satirist’s arsenal, capable of making people who lie for a career finally speak the truth. We hope this series runs and runs – there’s a whole world of sassy justice to wreak.