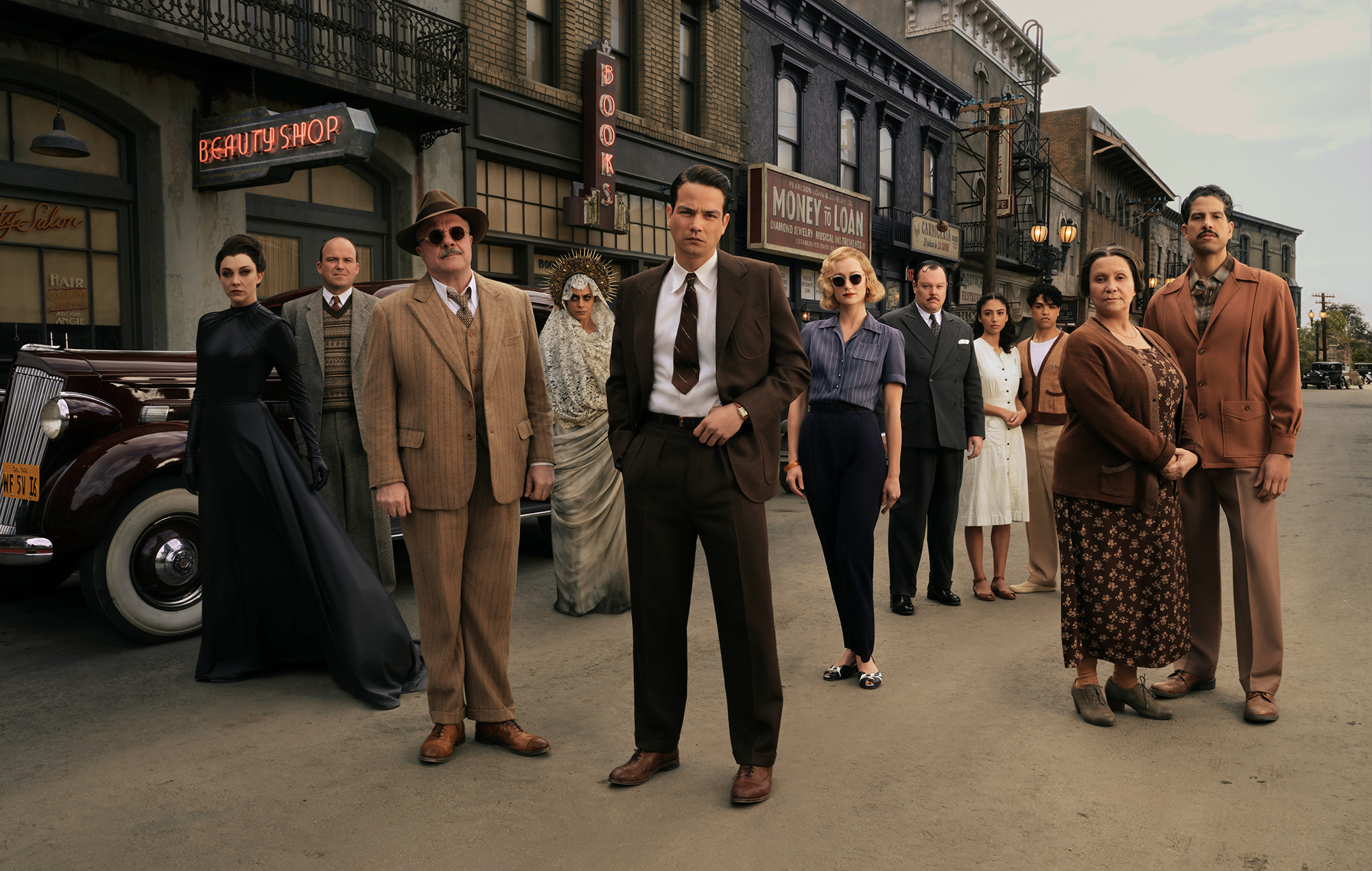 Swapping London’s shadowy streets for a sunlit stroll around Los Angeles, Penny Dreadful creator John Logan returns to his dark, televisual universe for a new spin-off series. Consisting of 10 episodes, Penny Dreadful: City of Angels trades creatures of the night for Mexican folklore and late 1930s socio-economic conflict, which means its similarities to Logan’s original show – airing for three seasons between 2014 and 2016 – begin and end with the title.

Taking place in the middle of Hollywood’s Golden Age, City of Angels finds LA’s American and Mexican communities struggling to get on. Badly-behaved policemen dish out violence randomly, but it’s the newly appointed detective Santiago Vega (played by Fear The Walking Dead star Daniel Zovatto) who is the focus – tasked with finding a killer who paints his victims’ corpses in Day of the Dead markings. Tiago’s ethnicity and complicated family situation make for some interesting scenes – his brothers Raul and Mateo rise up against the lawmakers – while his partnership with Nathan Lane’s wisecracking veteran Lewis Michener is also enjoyable. But Logan’s tendency to try and squash in various other storylines means there’s just too much going on for the show to really take hold of you.

Four years after her explosive end as Margaery Tyrell in Game of Thrones, Natalie Dormer leads the cast as shapeshifting demon Magda – taking the form of characters Alex Malone (a political aide), Elsa Branson (a German housewife), Rio (the leader of a local pachuco gang) and her black-clad true self. Magda is the sister of Santa Muerte, a Mexican deity and ‘caretaker of the dead’ who also appears in the series, but sadly, both characters are thinly drawn and not particularly memorable.

The best bits of Penny Dreadful were when its beautifully-rendered monsters (Dracula, Wolfman, Bride of Frankenstein and Dorian Gray) were let out to play, but the supernatural part of Logan’s universe takes a backseat in the new show. Rory Kinnear – who did career-best work as Frankenstein’s Monster in the original – is the only actor carried over, but his performance as German paediatrician Peter Craft is nowhere near as thrilling. Elsewhere, serial support actor Thomas Kretschmann (Blade II, The Pianist, King Kong) gets a rare meaty role playing sinister Third Reich operative Richard Goss. As the Nazis enter LA’s turf war, his confrontations with Michael Gladis’ (Mad Men) councilman Charlton Townsend hit many predictable notes, yet Kretschmann’s forceful turn makes him one to watch.

In a way, City of Angels is reminiscent of Ari Aster’s nightmarish film Midsommar, in that the dingy haunted house of his 2018 breakout Hereditary is swapped for sun-drenched fields in Sweden. Similarly, Logan and the creative team (including returning executive producer Sam Mendes and part-time director Paco Cabezas) opt to ditch the gothic darkness that pervaded their original series in favour of blue skies and West Coast sea views. The presence of the Penny Dreadful brand is enough to reel fans in on its own, but this brings with it certain expectations – grisly imagery and complex, fearsome characters – and these quickly overshadow the material we’re presented with on screen. Unfortunately, it’s a disastrous marketing decision – and fans looking for more of Logan’s patented Victorian fantasy-horror will be disappointed.