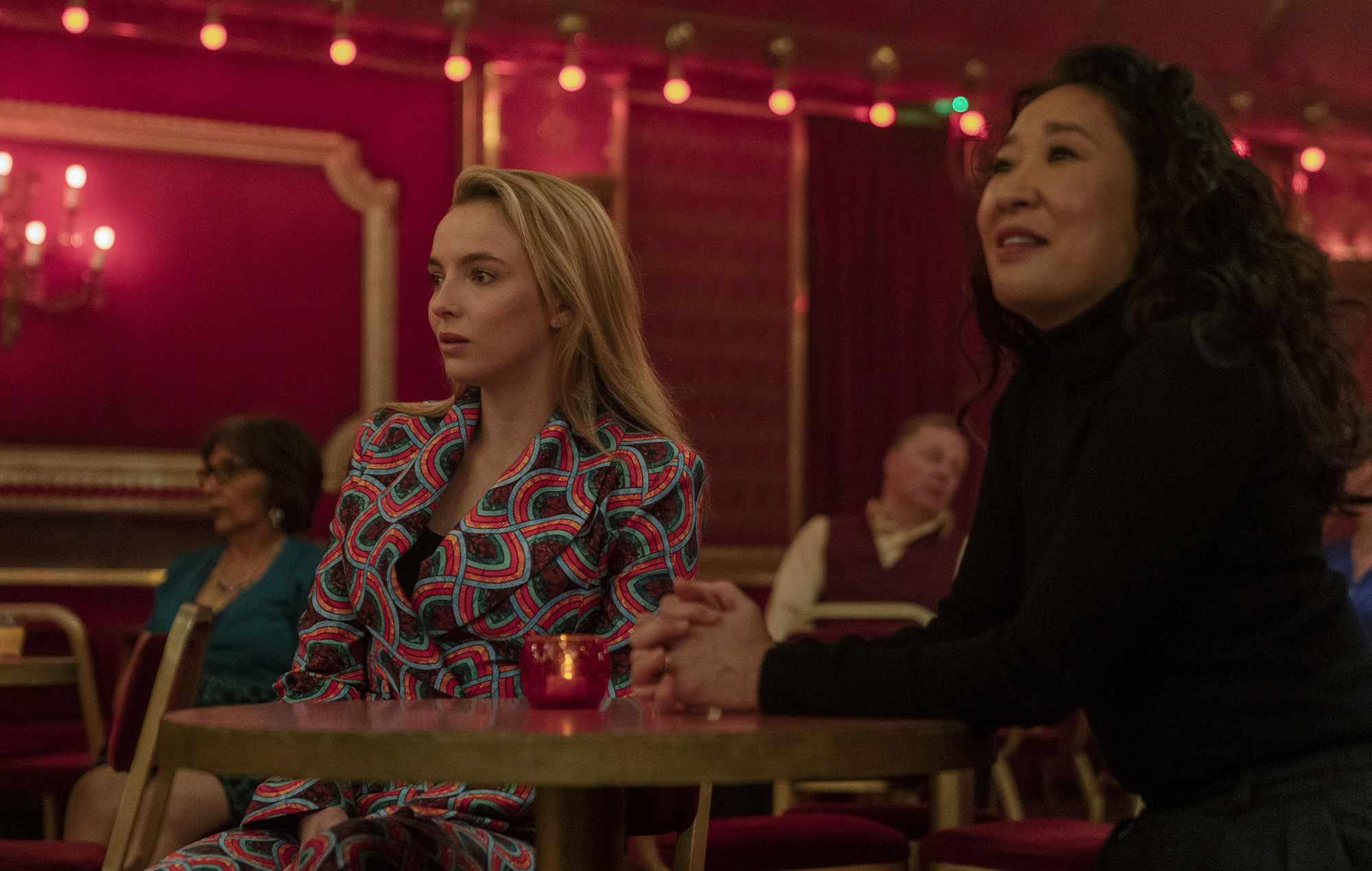 Here we are, finally at the end of season three and ready for the Killing Eve finale to tie up all of the past seven episodes’ plot lines to be wrapped up neatly. We’re talking Kenny’s (Sean Delaney) killer to be exposed, The Twelve to be revealed, and the final word on just what Villanelle (Jodie Comer) is going to do now she’s decided she wants out of their world – and where that leaves Eve (Sandra Oh).

To most people, it might be a bit odd to go and not only watch a ballroom of people dancing with the person you’ve spent so long trying to beat, but also pair up on the dancefloor. But that’s what Eve and Villanelle do in this unusually sweet scene, the Russian killing machine pointing out an elderly couple still very much in love and asking her rival: “Do you want to be like that?”

“Not anymore,” Eve replies. “We’d never make it that long – we’d consume each other before we got old.” That may be so, but Villanelle isn’t ready for her obsession to leave her just yet. When she spots new assassin Rhian (Alexandra Roach) enter the ballroom she rushes Eve to leave, distracting the wannabe Villanelle with her own little dance before pretending she’s going to follow her to a meeting with The Twelve higher-up Hélène (Camille Cottin). They never make it to the meeting though, Villanelle managing to find her killer instinct for potentially one last time, kicking Rhian onto the tracks and into the path of an oncoming train.

Much of the season three finale might have been slow and quiet, but there was one little shock along the way. After being called into the Bitter Pill office, Carolyn (Fiona Shaw) is shown the footage from a secret camera that Bear (Turlough Convery) set up to catch his Haribo Tangfastics thief. The guilty party is caught on tape – Kenny – but there’s also something else, namely the person who came to the office on the day Kenny died – Konstantin (Kim Bodnia).

A short while later, Konstantin is with Eve, who’s just retrieved the way to access the Russian’s secret stash of money he’s been stealing from The Twelve when he gets a phone call from Paul (Steve Pemberton), MI6 agent-turned-Twelve member. He wants Konstantin at his house in half an hour to discuss the missing funds, but as the camera pans away we can see he was coerced at gunpoint into making the call. The person holding the gun? Carolyn, and she’s out for blood. She accuses Konstantin of killing Kenny and tells him about the footage, before ordering him to get down on his knees and holding her gun to his head. Just when you think she’s going to execute him at point-blank range, she changes her shot and takes out Paul instead, letting Konstantin scamper away.

This week’s biggest question part one: was Kenny’s death really an accident?

We finally know how Kenny died… or do we? At the big showdown at Paul’s house, Konstantin admitted what Bear’s secret camera footage told us. According to the Russian, he was trying to convince Carolyn’s son to work for The Twelve, that being the only way he could live after getting too close to uncovering their identities. But Kenny got scared and backed away until he fell off the roof and met his tragic end.

Are we really buying it though? Konstantin’s story seems a little too convenient and – while technically plausible – flimsy, especially when Carolyn has a gun pointed at him. Will we ever find out the truth? We might but, with Carolyn telling Eve to give trying to destroy The Twelve, it seems unlikely.

This week’s biggest question part two: what will happen to Eve and Villanelle now?

Instead of a big explosive ending, season three ended with something far quieter yet still open for interpretation. Eve and Villanelle get into a deep conversation on Tower Bridge, reflecting on their effect and the hold they have on each other. “When I try and think of my future, I just see your face over and over again,” Eve sighs. “It’s a very beautiful face,” Villanelle retorts. But their tender chat isn’t a laughing matter and it ends with the repentant assassin leading Eve in turning their back on the other, walking away and not looking back.

But this duo’s relationship is one coloured by obsession and it won’t be that easy for them to call it quits. That much is obvious when both of them turn around to look at the other again. Is it a final look or will season four – which has already been confirmed – open with them back in each other’s company? Will Villanelle go back to killing, even as she sees she’s done with it? Will Eve break Villanelle’s spell and get her life back on track or will she be drawn back to her? We’ll just have to wait and see.