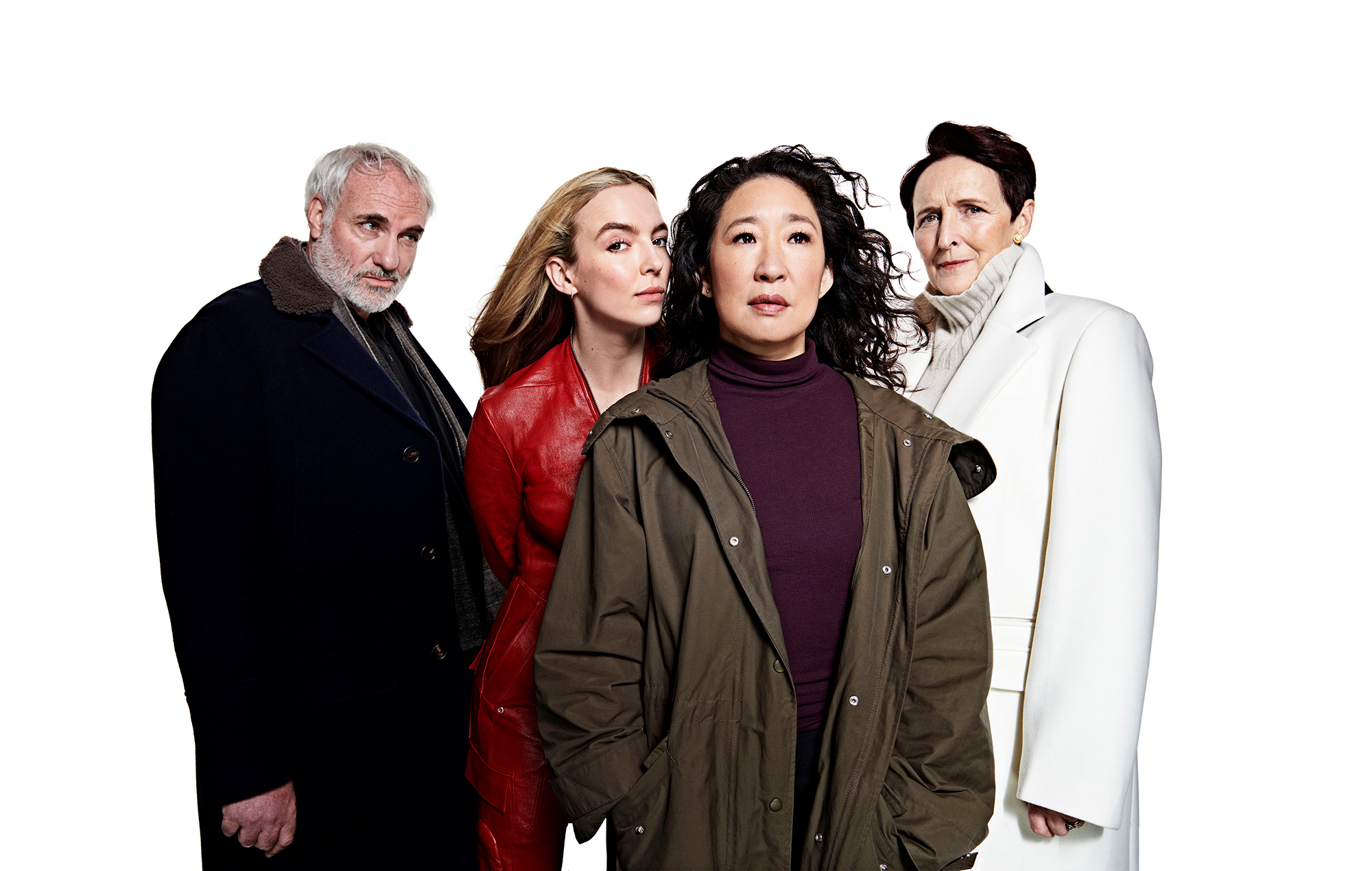 Season three of Killing Eve took the focused cat and mouse antics of Eve Polastri and Villanelle and twisted them into something different. With a focus on their individual personal growth rather than their obsession with each other – and a lot of other time spent with the colourful cast of secondary characters, the latest season was the most complex yet. Sure, this meant it was more of a slow-burner than previous seasons, but all of our patience paid off with a brilliant finale that closed on Eve and Villanelle talking about their future on a London bridge.

So where do we go from here? Season three’s head writer Suzanne Heathcote knows what she expects to happen next. “Laura Neal (the head writer for season four) has the most amazing imagination. Whatever comes next will be vivid, wild, crazy and surprising,” she promised during a special BAFTA Q&A on Friday night (June 5). “(You have to) take it somewhere new, which involves taking risks. You just can’t tread water. It’s what the show has done so well and, in Laura’s hands, will continue to do.”

Join us for a Q&A with actors Sandra Oh, Jodie Comer, Fiona Shaw and writer Suzanne Heathcote who'll talk about bringing Series 3 of the much-loved drama to our screens.

Elsewhere in the same event, Jodie Comer (Villanelle) confirmed that it was Elton John’s ‘Crocodile Rock’ that her character was listening to on the train after killing almost all of her family at the end of the ‘Are You From Pinner’ (episode five); while Sandra Oh wants Eve to “wear great clothes” next season and thinks the show’s creator Phoebe Waller-Bridge is “the dream guest star.” Fiona Shaw (Carolyn), meanwhile, wants to recruit Idris Elba: “I’d love to have him working for me.”

Thing is, we’ve still got some questions. Here are some that Killing Eve season four needs to answer…

What happens next on the bridge with Eve and Villanelle?

Season one ended with Eve plunging a knife into the belly of Villanelle. Season two saw Villanelle shoot Eve and leave her for dead. Season three, however, had the pair standing on a bridge, talking about their future before trying and failing to walk away from each other. It’s a powerful scene that shows the growth of Villanelle (she’s willing to let Eve go to protect her from a relationship that encourages her inner monster), but it also sees Eve properly accept her feelings towards the Russian assassin for the first time.

“When I try and think of my future, I just see your face,” she admitted. It wraps up the season nicely but it’s still a frustrating cliffhanger to leave us on. What happens next?
Do they run to each other in slow-motion and embrace? Does something tragic happen to Villanelle or, is it like Jodie thinks: “they just walk away [from each other].”

Does Villanelle get a new job?

Poor Villanelle. She spends the whole of season three trying to get promoted to Handler status with The Twelve, only to be told to stay in her lane by Helene. Then the job offer of working with MI6 is rescinded when she tells Carolyn she wants to do “spy stuff” rather than murder. “You were trained to do one thing and one thing only. If you can’t do that, what use are you to me?” asks Carolyn. It’s a question that Villanelle ponders later on with Eve at the site of her first London kill. “Imagine if I refused. What do you think I would’ve become? Interior designer, maybe?” Sounds like Villanelle is going to be spending season four looking for a new career.

Does Konstantin spend the rest of his days on a beach in Cuba?

The loveable rogue slash absolute bastard Konstantin spends most of season three trying to outrun the chaos of being a double-crossing double agent. It should be simple enough for a man who’s always seemed several steps ahead of everyone else (and can apparently travel between Russia and London in the blink of an eye). But the best laid plans are derailed by (among other things) a stress-induced heart-attack and the revelation that he probably killed Kenny leading to Carolyn holding a gun to his head. There are only so many times he can cheat death, right?

Season three ends with Konstantin disappearing into the night but with The Twelve still after him (they know he’s the one that’s been stealing their money), Villanelle refusing to go with him (“We’re not family”) and Carolyn warning him to stay well away from her, it’s not likely that he’s going to enjoy much of a peaceful retirement, is it?

Are we getting a The Bitter Pill spin-off?

Despite being raided by the police, the investigative journalism gang of Bear, Jamie and Audrey managed to solve the mystery of the stolen Tangfastics (and who killed Kenny) as well as surviving a run-in with the infamous and deadly Villanelle, so what’s next for our scrappy gang of reporters? We’d love to see a spin-off show that sees the tenacious trio solve mysteries and have a few laughs. It’s more likely they’ll continue investigating The Twelve though and we know where that leads…

Will Dasha’s son make an appearance?

Things don’t get mentioned on this show by accident and before she was killed by the triple threat of a golf club to the head, a boot to the chest and Konstantin
holding her hand, Dasha mentioned her son a few times. If he comes looking for revenge, it’ll be the perfect opportunity to force a bunch of characters together once more.

After two seasons of being cooler than cool, Carolyn took one hell of a kicking this time around. Not only did her son die because of her ex-lover, Konstantin
also tried to take advantage of her grief-stricken daughter just to get information about her. Add in the death of Mo while carrying out her orders, her first onscreen murder and her inability to execute Konstantin, it’s tough to imagine her being the same, ruthless character going forward. It’s also unlikely The Twelve are going to let her get away with the murder of Paul, one of their own.

Do Eve and Villanelle live happily ever after?

During the BAFTA Q&A Sandra explained that, on the bridge, Eve was “reflecting on a life she used to have,” with former partner Niko and that sort of domestic bliss. “She understands now that she can never have that life again,” said Oh, so it doesn’t seem likely we’re going to see the pair living on a farm, watching Antiques Roadshow. Jodie is even less optimistic, telling the Toronto Sun, “I’m not sure I see a true happy ending for Villanelle, because I think her own worst enemy is herself and we all know that’s impossible to get away from.” So where is their relationship going?

Who are The Twelve and what do they want?

We’ve been asking this question for three seasons now and we still have no idea. Perhaps season four will give us some answers?