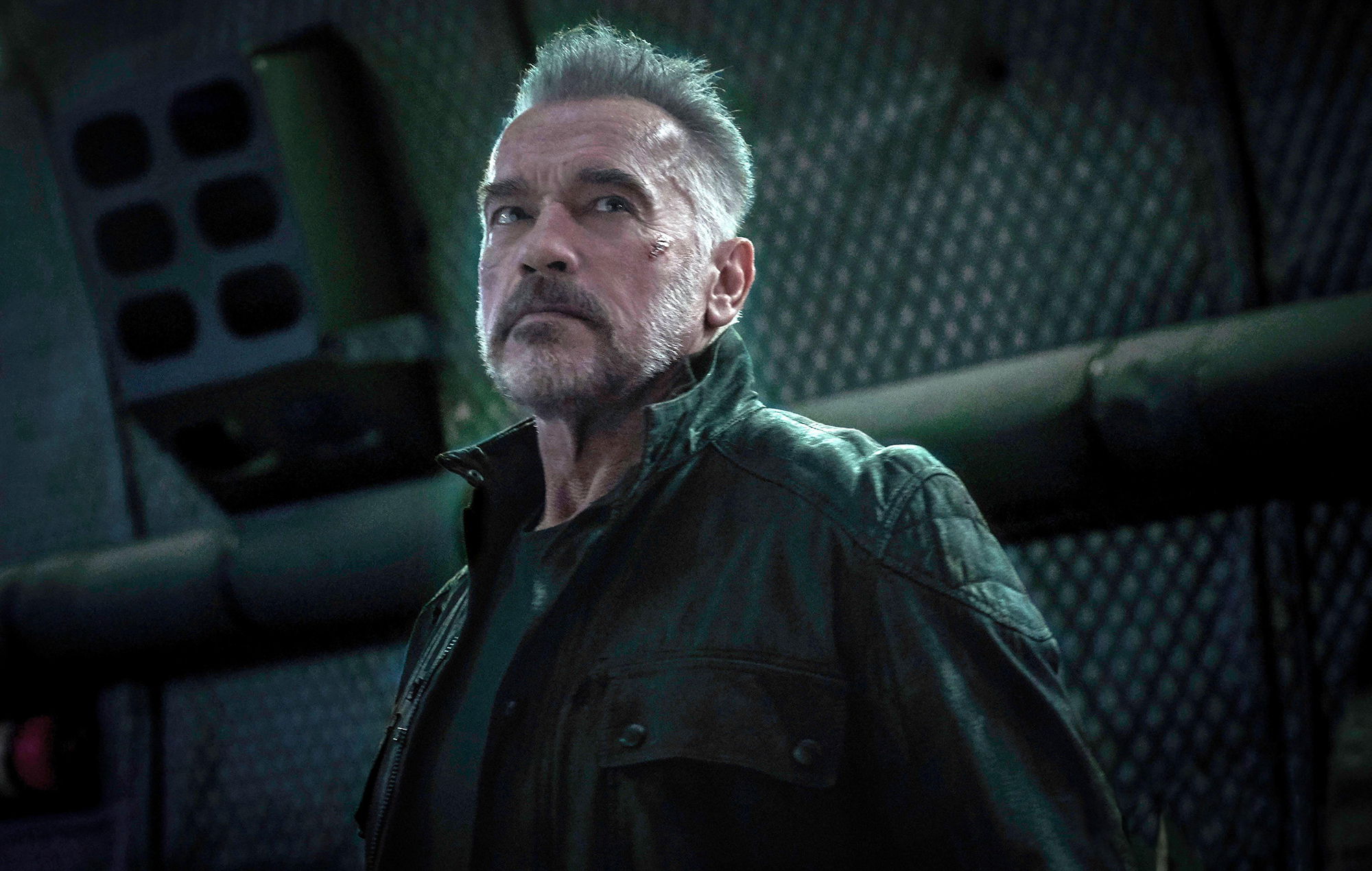 How would you kill yours? Back in the ’80s, being fully prepared for a Terminator attack simply meant installing industrial crushing machinery on your doorstep, designed to activate if anyone kicked the door in wearing leather trousers. In the ’90s things got more complicated – you were going to need some kind of substantial smelting equipment on hand, kept constantly at the melting point of titanium. And these days, well, you’d need to move into a deserted crane-making factory to be on the safe side.

It’s the evolution of the threat that has kept the Terminator franchise so potent in the minds of fans for 26 years. Every 10 years or so Skynet will chuck their latest state of the art model of single-minded murderbot in the time machine to go hunt down whoever’s destined to become Resistance leader, now with added nano-bastard technology making it even more resistant to our primitive weaponry, like shaking a spear at an aircraft carrier.

It might be somewhat reassuring that Skynet hadn’t yet become super-intelligent enough to realise its best chance of eliminating Sarah Connor in the first place was to keep sending entire platoons of Rev-9s back to just before the first film in 1984, when she wouldn’t know what’s coming, but the franchise’s entire conceit played on a particularly fertile strand of human fear.

Most sci-fi scares happened in gunmetal corridors many light years away and most horror flicks depend on the viewer suspending their disbelief in Biblical demons, mystical spooks and murderers who can get up after being run over by a steamroller and keep slashing. But Terminator played on our perfectly rational fear of technology corrupted, landing the fast-evolving techno-horrors of tomorrow – be they nuclear annihilation or immortal death-droid – in the relatively defenceless present. In the week that Terminator Salvation comes to Netflix, a video went viral of a man-sized robot doing a forward roll. Every Termi-nerd felt a shiver of terror.

Salvation was the point where the franchise attempted to launch a second, more action-based trilogy with Christian Bale as John Connor leading the resistance into battle against legions of red-eyed Robo-Rambos and even someone such as myself – who’d hated the sequel to the sublime, wire-tense Alien turning out to be a war film – lapped it up avidly, a sucker for anything in your clothes, your boots and your motorcycle.

Yet the disappointing box office returns and $130 million loss of last year’s Terminator: Dark Fate – another potential trilogy starter which marked the return of franchise originator James Cameron to the fold as writer and producer and ignored everything this side of 1991’s Terminator 2: Judgement Day in favour of its own fresh timeline – saw all plans for further films cancelled and prompted hints from the cast that the Terminator might have crushed its last human skull into the post-apocalyptic dust.

“To think that there’d be a demand for a seventh film is quite insane,” said Mackenzie Davies, who played augmented super-soldier Grace in Dark Fate, while Linda Hamilton, who returned as Sarah Connor for the latest film, only foresees a low-budget future for the franchise at best, but “I would really love to be done.”

The failure of Dark Fate was initially baffling. It fit all the criteria of a late ‘10s blockbuster smash: a familiar franchise with an elaborate universe, returning big names, a cult following and solid reviews. But perhaps it bombed by no longer playing on the subliminal fears of its audience.

In the early ‘80s The Terminator essentially slotted in as the time-travel take on the Indestructible Bad Guy – alongside Alien, Halloween, The Omen and Friday The 13th – but with the added frisson of nuclear paranoia. It spoke to an underlying societal dread; killer robots from the distant future seemed a fantasy but a murderous, slow-moving, cold-quipping stalker with advanced weaponry and a heart of uranium struck a deep chord in the dying days of the Cold War.

The same threat doesn’t hold true for today’s audiences. The threat might be discerned from the same sources but they’re far more intangible and endemic; they’re in our phones, on our timelines, in the very data we absorb. So one almighty cyborg superpower stomping down the road towards us with a futuristic AK4700 for an elbow doesn’t hold quite the same intrinsic reflex terror as it once did; it seems, in fact, like as throwback to simpler, less besieged times.

Instead, directors like Ari Aster tap into very modern fears with his unseen devilments in Hereditary and the evil lurking behind welcoming smiles in Midsommar. Something in those films tugs at the unspoken dangers of clicking through a Facebook quiz or divulging our voting preferences anywhere near Alexa. In 2020, the charging polyalloy bullet sponges of the Terminator franchise seems rather crude in comparison.

Could Terminator work as a low-budget revival? It seems unlikely, given that much of its ongoing fascination is tied into the mystery of what level of diabolical CGI nanotechnology Skynet will come up with next. The original is too iconic to reboot successfully as is, but the time-travel conceit opens many alternative storylines.

Say a re-release of the first film is suddenly invaded halfway through by a brand new model sent back by Skynet to help the original Arnie hunt down Sarah Connor in 1984? Half an old film, half a new one – even if it’s a nonsensical shitshow, you’d have to watch it right? In fact, I’d endure all manner of timeline-splicing tomfoolery if it means Arnie’ll be back.

The post ‘I’ll be back?’ Have we seen the end of the ‘Terminator’ franchise for good? appeared first on NME Music News, Reviews, Videos, Galleries, Tickets and Blogs | NME.COM.