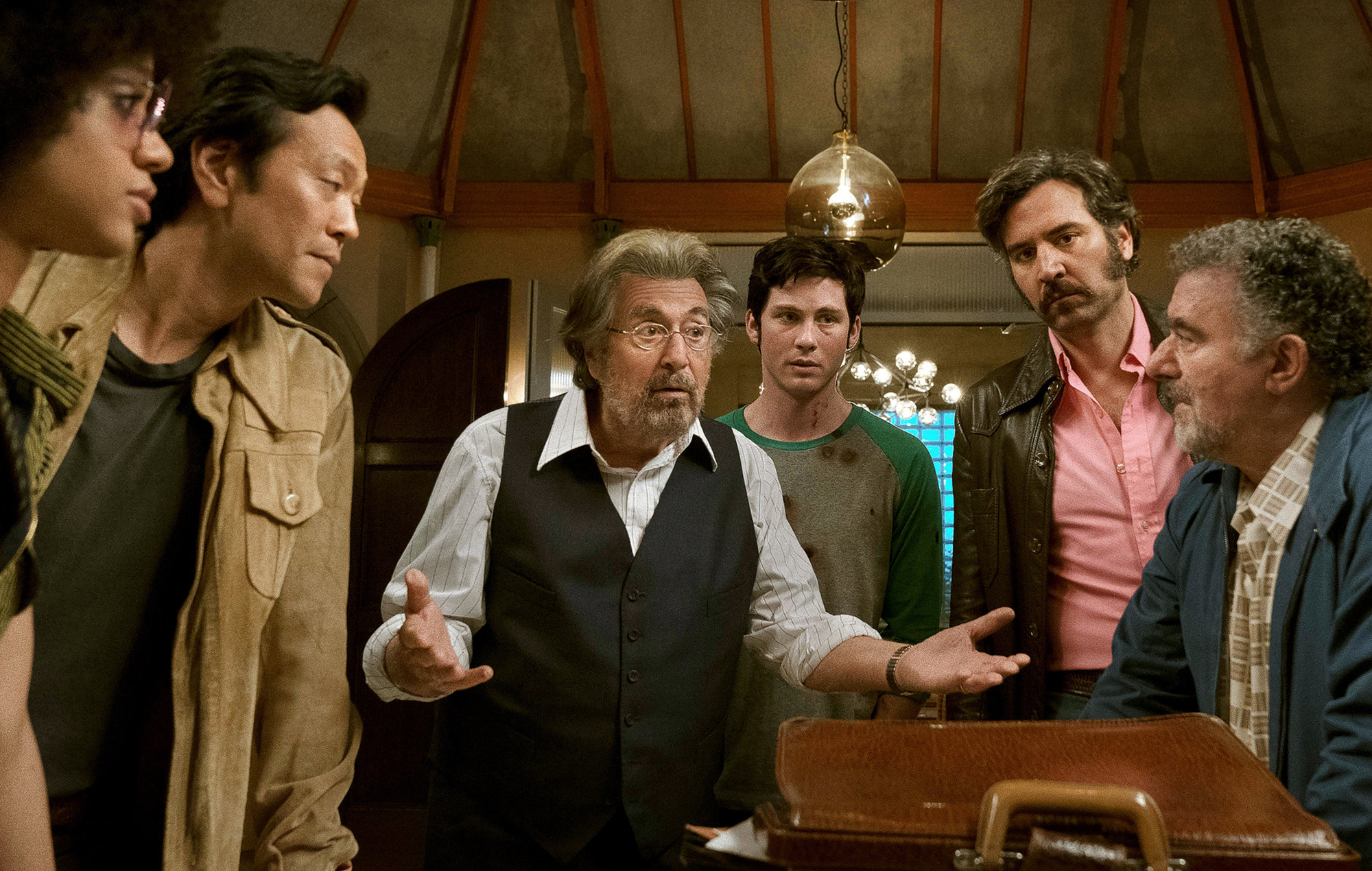 Arriving on Amazon Prime Video earlier this year – and renewed this week for a second season – Hunters immediately caused controversy. Created by David Weil and executive produced by Jordan Peele (who worked on The Twilight Zone reboot together), it starred Logan Lerman and Al Pacino and was hotly anticipated: what’s not to love about a 1970s-set thriller where the characters run around hunting Nazis? Quentin Tarantino’s Inglourious Basterds followed a similar format, and that was critically acclaimed. So, as I sat down to watch the first episode, I was excited to see what was to come. However, like many others, I automatically found it jarring.

Hunters has its merits – a few characters are deeply endearing and the performances (particularly Lerman’s in the lead) are compelling. But some of the content is extremely disturbing, inappropriate and should never have made it to the screen. Watching Nazis get killed in various ways is entertaining – and that I have no issue with – but the show often invents things which never happened for the purposes of entertainment. The most obvious and controversial example is a sequence involving a game of human chess, where Jewish prisoners at the concentration camp take the place of pieces and have to shoot each other once captured. The scene was rightly lambasted by the Auschwitz Museum, who said: “Inventing a fake game of human chess for @huntersonprime is not only dangerous foolishness & caricature. It also welcomes future deniers.” Then there were other scenes – such as Jews gassing Nazis – which were condemned by Stephen Smith, head of the USC Shoah Foundation Institution. “Jews never gassed Nazis. Period,” he said. That I must even make this point is proof enough how perilous this slippery slope can become… By blurring the line between fact and fiction, Hunters muddies the historical record, disrespects those who perished, and provides ammunition to those who seek to deny the truth of the Holocaust.”

Auschwitz was full of horrible pain & suffering documented in the accounts of survivors. Inventing a fake game of human chess for @huntersonprime is not only dangerous foolishness & caricature. It also welcomes future deniers. We honor the victims by preserving factual accuracy. pic.twitter.com/UM2KYmA4cw

Unfortunately, creatives making things up about the Holocaust is nothing new. It is part of a trend in ‘Holocaust fiction’ – even in well-respected films and novels such as The Boy In The Striped Pyjamas or The Tattooist of Auschwitz, which received criticism from the Auschwitz Memorial Trust who said: “[It] contains numerous errors and information inconsistent with facts, as well as exaggerations, misinterpretations and understatements.” Does this mean films cannot be made about the Holocaust, or other tragic events like slavery? Of course not, and they do have some educational value. However, inventing deeply disturbing set-pieces like the chess scene not only grotesquely fetishises the Holocaust, but is also disrespectful to its victims.

There are also other issues here too, such as Al Pacino’s portrayal of a Jewish man, and its connection to ‘Jewface’ – non-Jews portraying stereotypes of Jewish people for entertainment. And while Pacino’s character ultimately turns out not to be Jewish, the caricaturing throughout is problematic in itself. Other shows, like The Marvelous Mrs. Maisel have faced criticism for similar reasons.

I know many people – Jewish included – who loved both The Marvelous Mrs. Maisel and Hunters, and I can see why the latter has been renewed; to say the show wasn’t highly watchable would be untrue. But it’s precisely that which makes it so dangerous. Education on the Holocaust is fading, and neo-Nazism is growing. Now, more than ever, we need historically accurate depictions of the Holocaast wherever possible, even in fiction.

Overall, there has been enough condemnation – and enough backlash – to get Hunters cancelled. The showrunners are being disrespectful in renewing it. But, if they insist on making season two, the producers have a responsibility to put things right. Not only do they need to avoid the same outrageous missteps of season one, but they also need to consult experts. While the filmmakers have said they “had taken the time and the trouble to listen to some real experiences” and that “the flashbacks to the Holocaust in the series could have been real things that happened to real people,” it is clear that certain aspects were completely inaccurate and that “could have been real” should have not been enough to make the final edit.

Going into season two, proper and extensive consultation with survivors, their families, historians, and organisations like the Auschwitz Memorial Trust are imperative – a failure to do so would risk distressing Jewish viewers and further disrespecting victims of Nazism. Another season of a show that prides itself on hunting Nazis, but ultimately offends and hurts Holocaust survivors and Jewish people, is insensitive, exploitative, and should not be aired.