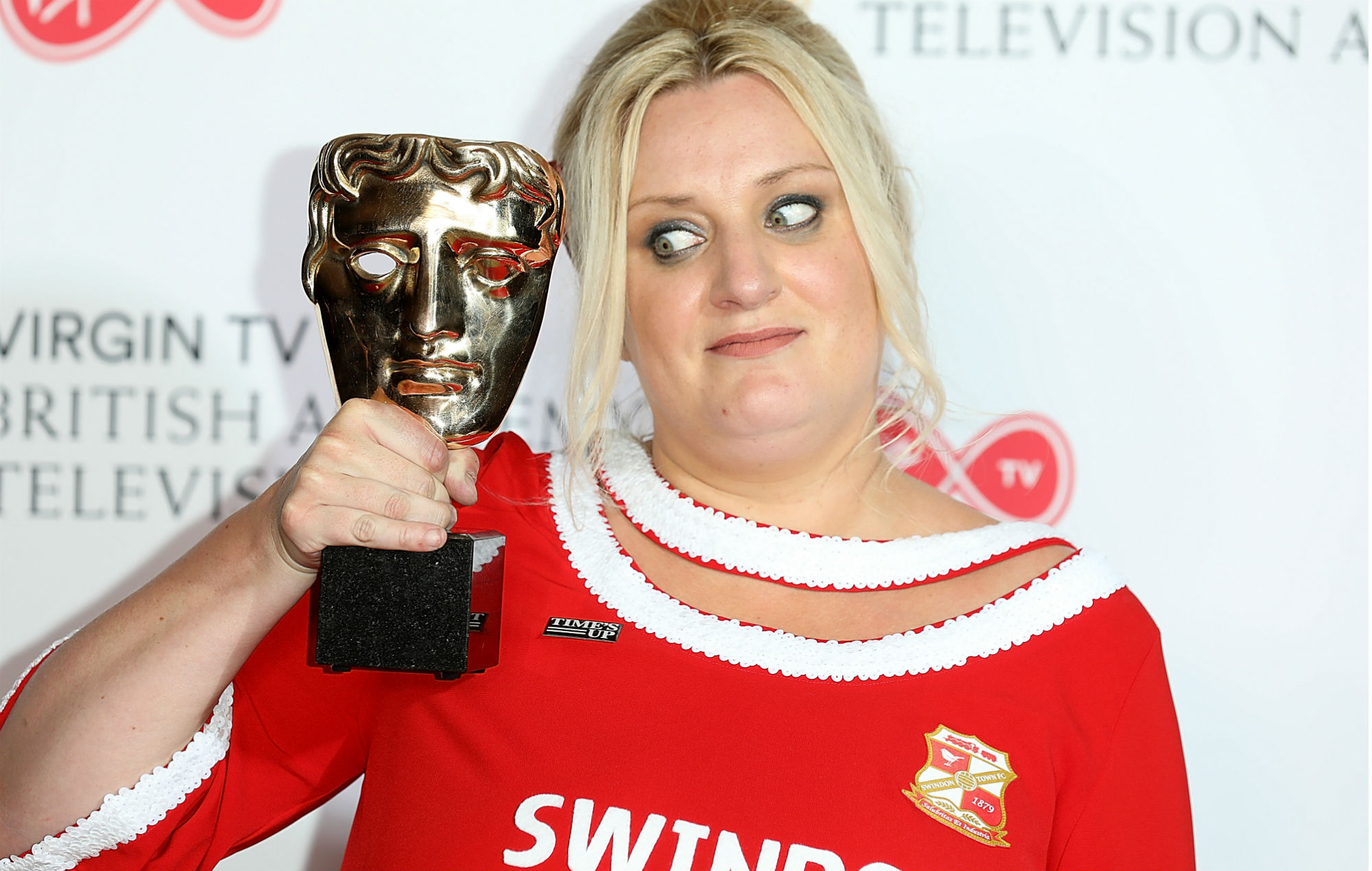 As the sage philosopher Mariah Carey once pointed out in her 1993 hit single, even in a global shitshow or disaster of epic proportions, there is always a glimmer of hope. “And then a hero comes along,” she sang, “with the strength to carry on”. Admittedly, ‘Hero’ was all about urging listeners to look within themselves for their inner warrior; but the thing is, I’ve been looking all lockdown and my inner hero appears to be off on annual leave. I’m sure I’m not the only one, either – in which case, thank god for Daisy May Cooper, selfless hero of the COVID-19 pandemic.

Originally, Cooper became known for starring in the rural mockumentary This Country – which she co-wrote with her brother Charlie Cooper. The show revolved around the mundane adventures of cousins Kerry and Kurtan Mucklowe as they attempted to stave off boredom in a small Cotswolds village, with entire episodes dedicated to the local steam fair and trying to get the bus to Swindon. It also nailed virtually every other aspect of West Country life with razor-sharp precision. I vividly remember entire wars being fought every time the scarecrow festival came around, and being regularly terrorised by my hometown’s very own Mandy Harris. This Country also raised a pertinent point about the lack of opportunity for young people – particularly those from lower-income backgrounds – growing up in the countryside.

And as the trials and tribulations of Kerry and Kurtan won over a nation, Daisy May Cooper also became a national treasure in her own right. Attending the BAFTAs in 2018, Cooper took home two gongs (for best scripted comedy, and best female comedy performance) while wearing a bright red Swindon Town dress. The following year she returned wearing a bin bag and a pigeon headpiece. In her honour, a statue of Kerry Mucklowe now stands outside Swindon Town’s football ground.

Her long standing fascination with the occult also created a Cirencester legend. “On Facebook, I once created the Cirencester Ghost Society,” she told NME, “and made a load of ghosts up that ended up getting in the Wilts & Gloucester Standard. Now, there’s a ghost tour of Cirencester and it’s rubbish! They’re literally ghosts I made up, like a headless dog that runs down Coxwell Street. There’s also a ghost cleaner who I said you can smell in a pub because you can smell bleach.”

On the weekend that lockdown restrictions lifted – meaning people could visit pubs and stay overnight away from home for the first time in months – Cooper headed straight to the Ancient Ram Inn in Wotton-under-Edge, which is reportedly very, very haunted. Talk about dedication to the cause.

And on Instagram, meanwhile, she became just as beloved. Many of her posts feature her daughter Pip, who, for a memorable period of time, became convinced that her name was Buckbeak.

My husband and I always call Pip 'buckbeak from Harry Potter and now she's convinced it's her actual name.

And in recent months, Cooper’s content has reached a new pinnacle. Early in lockdown came absurdist tarot card readings, expert commentary on corona-virus from Buckbeak, ear-splitting vocal performances in the voice of Sue Mucklowe (Cooper voices her own mum on This Country, under the pseudonym Ivy Woodcock) and – all mucking about aside for a second – genuinely useful online workshops on everything from scriptwriting and auditions, to pitching show ideas to production companies. The bar was high already, and yet then, she pushed it even higher,

A steamy interpretation of Come Dine With Me (titled ‘all the grace of a reversing dump truck with no tyres on’) incorporated artistic elements of a ‘wet t-shirt competition’ and was so saucy it deserved its own warning in the caption. I’m a Celebrity (Get Me Out Of Here) was both commanding and slightly menacing at the same time. X-Files made innovative usage of various household implements (give the colander an Oscar). And her truly arresting take on Casualty speaks to everybody longing to get back out into the clubs for a dance.

Word quickly spread and Cooper inspired countless aspiring creatives to have a go as well. At one point, Fearne Cotton got involved. “Make sure you have lots of mystery,” she told Fearne over FaceTime. “We also want to make sure that the songs ends on some kind of mysterious sexual question”

An outstanding effort already, but remarkably things took an even greater turn when the This Country star gave fans a candid insight into the chaotic love life of a celebrity. After a handsome silver fox claiming to be a danger-loving sea captain from the US army messaged her out of the blue, a gripping romance unfurled on Instagram in real-time: the most whirlwind journey since EastEnders’ Kat and Alfie. When Jon the sea captain went missing, it made national headlines – and it later emerged that he was two-timing her with TV presenter Kate Thornton. It nourished a country with the piping hot gossip that it so craved, and further romances with catfishes impersonating Harry Styles, Usain Bolt and former-X Factor bad boy Frankie Cocozza followed. Her husband Will Weston was nothing if not supportive.

Beautiful response from the sea captain.

Moving on from heartbreak, Daisy May Cooper did not stop there, and last week, spawned an entire hashtag – #whatcanyoufitunderyourtits. It all started with a viral photo that asked: ‘Are you a real woman?? Can you pass the pen under boob challenge?’.

The actor responded by using hers to hold a mop, and challenged her followers to take it on. The hashtag quickly descended into ridiculous farce; and on a more serious note, a silly clapback to something that was originally very reductive and sexist. She’s been sharing entries ever since as a celebration of “our lovely saggers”. Entrants have successfully exhibited everything from sellotaped biros and failed attempts to a car boot’s parcel shelf and a full-sized floor lamp.

It’s exactly the lift that we need at the moment, and frankly Daisy May Cooper should go down in history as a modern-day Vera Lynn for the way that she has entertained and guided us through this – and buckle up, I’m gonna go there – “unprecedented” crisis.

In fact, fuck it – just give the woman a knighthood. Dame Daisy thoroughly deserves it.

The post Give Daisy May Cooper a knighthood for her services to this country appeared first on NME Music News, Reviews, Videos, Galleries, Tickets and Blogs | NME.COM.