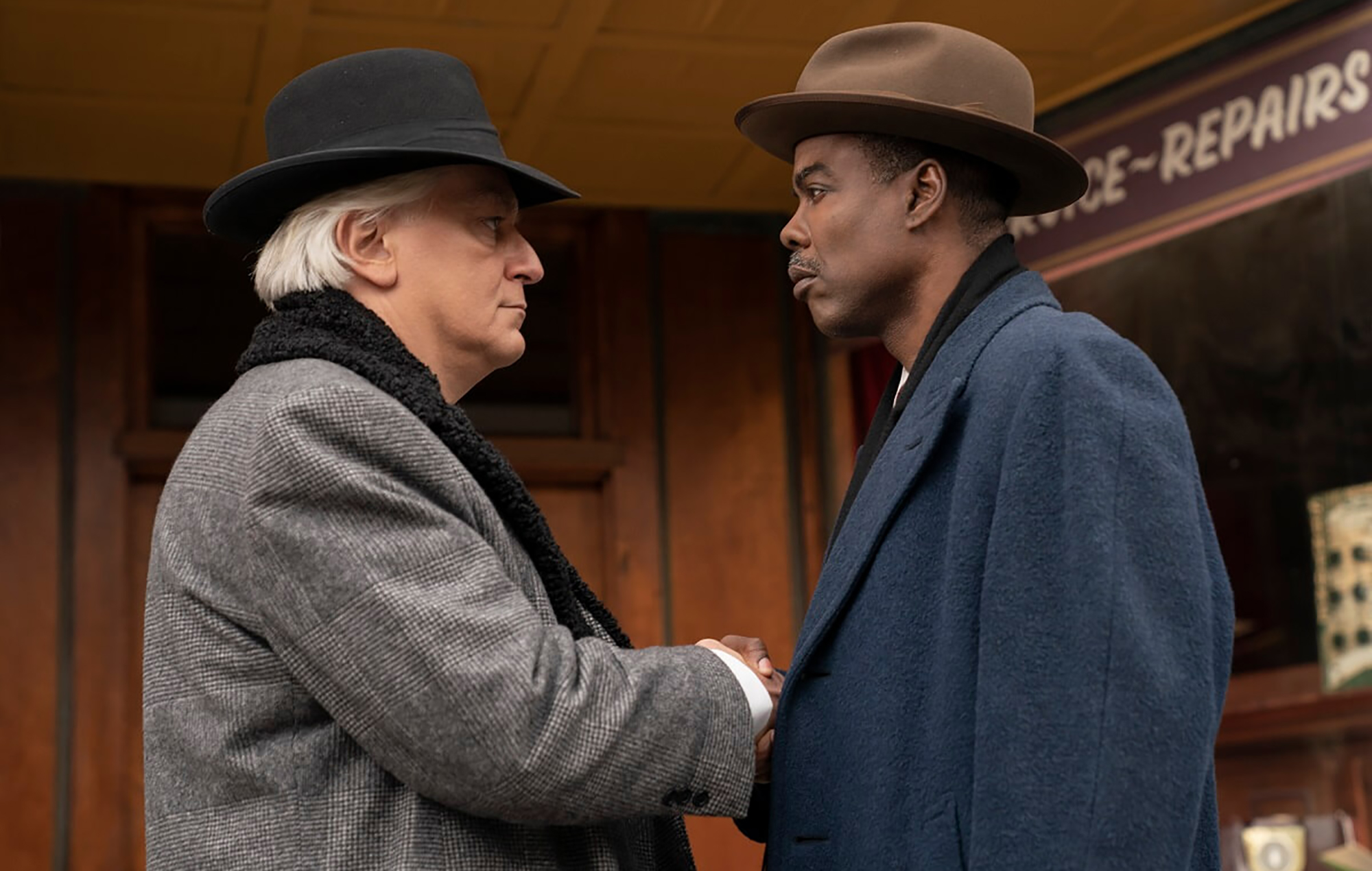 ‘Long-awaited’ is something of a trope in TV journalism, but it’s apt for the fourth season of Fargo, which finally arrived on US TV last night after five months of coronavirus delays (a Channel 4 broadcast is expected in 2021). Fargo isn’t so much a place as a state of mind in the eponymous show, and this has never been so true as in season four, which leaves Minnesota entirely for the first time and heads to Kansas City.

The opener had a Gangs of New York flavour, detailing the mob rivalries that led to the one that we’ll be focusing on for the next 10 episodes: the Italian Fadda family’s tussles with African American crime syndicate The Cannon Limited. Narrating all this is one Ethelrida Smutney (E’myri Crutchfield), a spiritual successor to previous protagonist Molly Solverson (Allison Tolman) in that her calm, easy-going demeanour masks a fierce intelligence.

Most Fargo-isms are long and wordy, but this week, it was Josto Fadda’s (Jason Schwartzman) simple “Aces!” that stood out, his chipper response to Nurse Oraetta Mayflower (Jessie Buckley) promising to attend to his hospitalised father “faithfully until the Lord arrives.”

This was a fascinating exchange, as Mayflower interpreted Fadda’s “I don’t like to see him like that, will you take care of him?” not as a call for compassionate care but as a request for a mercy killing/sanctioned hit, the nurse later poisoning the don’s IV. Mayflower is an intriguing and inscrutable new character, who could become either a force for good in this season or a total psychopath. She seems extraneous to the other characters, but could be central to this story, even being given this episode’s closing shot as she watched on from her bedroom window.

Classic ‘Fargo’ moment: getting to know the gangs

Fargo has always tried to deal with plot exposition in an artistic and original way, and there were several narrative and visual flourishes in this season opener. The vertical bars down the centre of the screen that created a transition to split-screen was interesting, if slightly jarring, but the gang confrontations outside Joplin’s grocery stores were masterfully executed. Having each successive gang enter the shot behind a horse and cart or car (depending on the era) worked beautifully, and these faux historical accounts were the best part of the episode. The swapping of sons – a sort of deterrent against violence based on mutually-assured destruction – was a very cool plot device, if a little hard to keep track of with so many characters being traded back and forth.

There are so many to choose from this season, but Doctor Senator (Glynn Turman) is an obvious early winner, the associate of Cannon Limited leader Loy Cannon (Chris Rock). Mr Senator was apparently given the first name of ‘Doctor’ by his mother, presumably in an attempt to give him a head start in life.

We saw Senator and Cannon attempt to convince the third-largest bank in Missouri to take on a new invention of theirs: the credit card, which the bank manager dismissed as preposterous and said would never catch on. In case you were wondering, this was all a classic bit of Fargo reimagining history, as though credit cards did start to be implemented in the 1950s, they certainly weren’t the brainchild of a Kansas City gang.

UFO watch: nothing to report (yet)

No sign of extraterrestrial spacecraft here, but you have to think that the show will flirt with this sci-fi element again after it introduced it as part of the show’s universe in earlier seasons. “I like to say that everything in there is because it actually happened in the world of our ‘true story’, and in this case there was a UFO,” showrunner Noah Hawley previously said to Entertainment Weekly of season two’s polarising and entirely unexplained/undeveloped UFO landing.

This week’s biggest question: just how loyal is Rabbi Milligan?

What a compelling character we have here, an Irish immigrant who was traded first to a Jewish gang and then an Italian one, apparently finding a sense of fraternity with the Faddas and sticking with them instead of returning to his Irish roots.

Milligan’s decision to switch gangs seemed partly inspired by how traumatised he felt by his father forcing him to perform an execution at a young age, so it remains to be seen how much Milligan actually identifies with his Italian-American colleagues. We didn’t see much of Rabbi (nicknamed this due to his time with the Jewish gang) in this opener, but it’s no accident that a quality actor like Ben Whishaw was cast to play him. Expect to see Rabbi play a bigger role in future episodes, and for him to not be as meek as he appeared here. With the don of the Fadda family – who essentially raised Milligan – now dead, it will be interesting to see whether Milligan is quite so enamoured of new leader Josto (Schwartzman).