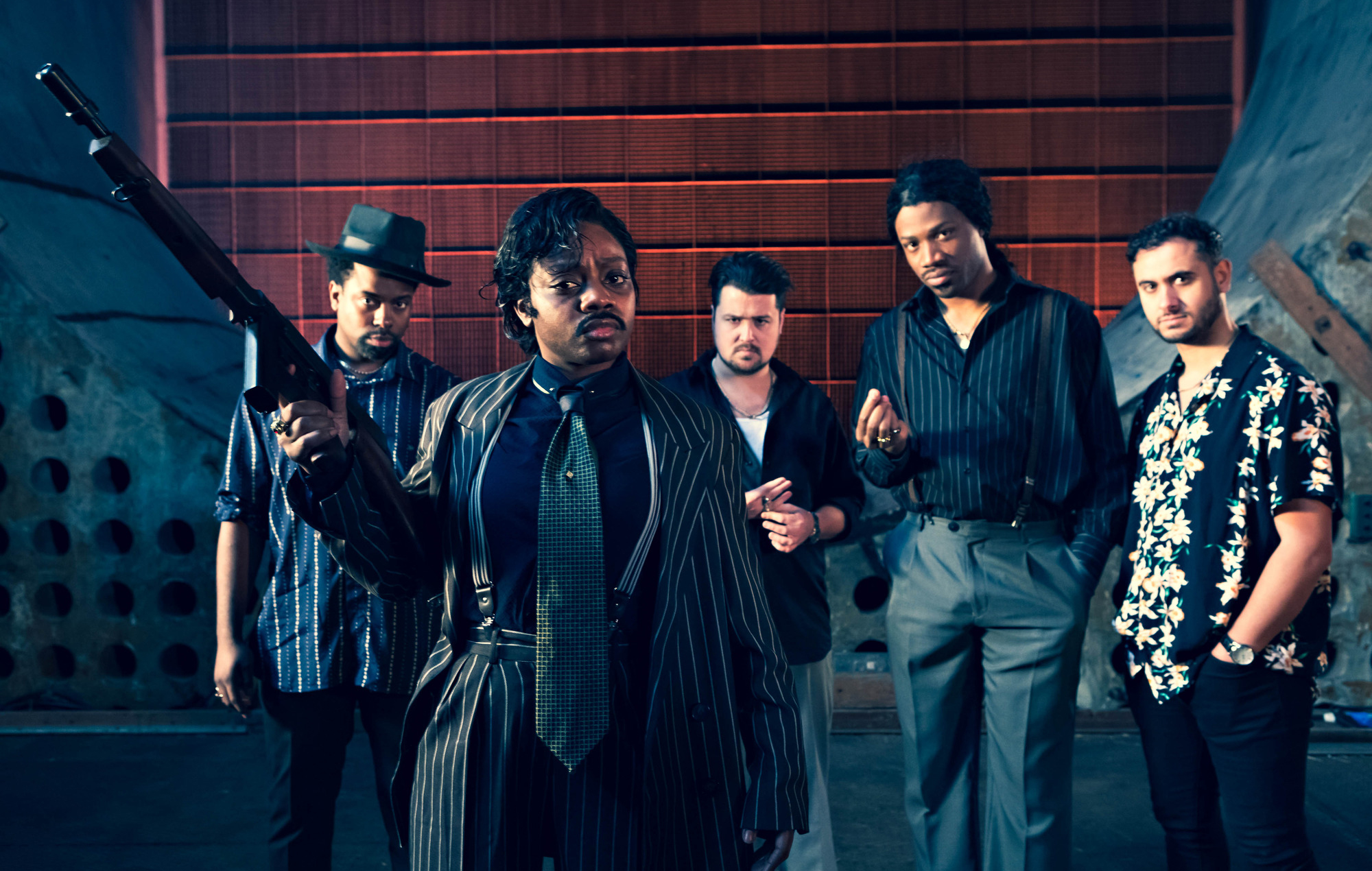 Check your spam folder. Tucked away in there, hidden by an overzealous email filter, might be the email to change your life – an offer from the philanthropic Prince Alyusi. The fictional character from BBC Three sketch series Famalam dreams of sharing millions left by deceased family members, but he’s frustrated by aggressive algorithms and suspicious recipients of his emails.

In Famalam’s third series – arriving on iPlayer this Sunday (August 23) – Prince Alyusi is one of a number of returning characters, alongside Grime MC Scribbler P, The Aunties, E19 Posse, Stratford Soldiers, and the Blaxploitation/ITV mash-up ‘Midsomer Motherfuckin’ Murders’. Sketch comedies are rare these days (those with a Black-majority cast are even rarer) and Famalam has made a distinct impression since its debut in 2017 – stars Gbemisola Ikumelo and Samson Kayo both earned BAFTA nominations for Best Comedy Performance.

Akemnji Ndifornyen, Famalam’s producer, co-writer, composer, and cast-member, told us about some of his favourite moments in the upcoming series – and how the team managed to stay up to the minute despite wrapping production pre-lockdown. “The show was filmed in January but, wonderfully, the nature of the show means a character like Scribbler P has the ability to come in and provide a commentary,” he says. “We stay very much on the button of the conversation.

“Our intention is to make people laugh, especially given the year everyone’s had. We need a show like Famalam. There is some social commentary in there and we’re going to tackle some subjects in a humorous way, but our ultimate goal is just to make people laugh. This is the best series we’ve done so far,” he adds. Here’s what to expect from the return of Britain’s funniest sketch show.

There are some brilliant new characters

Danielle Vitalis – recently seen playing teenage-Arabella in Michaela Coel’s I May Destroy You – joins the cast in a surreal role. “She plays a Prohibition-style gangster who deals with the social media in her little mob,” says Ndifornyen. “It’s a tour-de force-performance. She’s in prosthetics and pinstripes, playing the type of gangster James Cagney does in The Public Enemy. It’s a phenomenal performance.”

Idris Elba is back, but not as you know him…

The producer, writer, kickboxer, DJ, land speed record-breaker and actor Idris Elba is a frequent target of the show’s celebrity-ribbing. “Tom Moutchi returns as Idris Elba and Idris has a whole rap. It’s the idea about Idris being able to do anything,” says Ndifornyen. “The ultimate version of that sketch is if we can get Idris to do something for us. He actually likes it and at one point he was going to do something, but he was in Panama filming Fast & The Furious 19. He is one of our national treasures.”

It’s the most satirical series so far

In the first episode, Jesus (played by John Macmillan) is pitching 2020 in a boardroom to a pair of confused executives. During the pitch, Jesus throws in references to news stories still in the current cycle, including Black Lives Matter, ‘murder hornets’ and Kanye West’s presidential campaign. The immediacy of the references are impressive.

“We’ve all seen what’s happening, especially in America, and how over here we’ve responded in kind to what’s been going on,” says Ndifornyen. “It would be remiss of us not to make a comment and our show is the perfect platform to talk about issues. We feel we have carte blanche to talk about things within culture with impunity. While we have to be sensitive, we were able to satirise and punch up at missteps, whether it’s the government or the police. We’re able to talk about things in a way that no one else can.”

TV adventurers are quick to give advice on staying alive in the mountains or on a desert island, but they rarely offer urban survival tactics. Famalam‘s Wolf Chambers is different. “John Macmillan has a character called Wolf Chambers, a Bear Grylls type who goes to the Notting Hill Carnival,” reveals Ndifornyen. “He presents the Carnival as a sort of survival course. I think it’s gonna be cool for people considering, unfortunately, you won’t have a Carnival this year because of 2020. 2020 strikes again.”

Madonna gets parodied too

Stories of Western artists visiting African nations and adopting local children have been reported numerous times, but this sharp sketch reverses the roles. “Viv [Vivienne Acheampong] has a character called Yemi Chedda. She’s a Ugandan music artist and she goes to Middlesbrough to adopt some kids.”