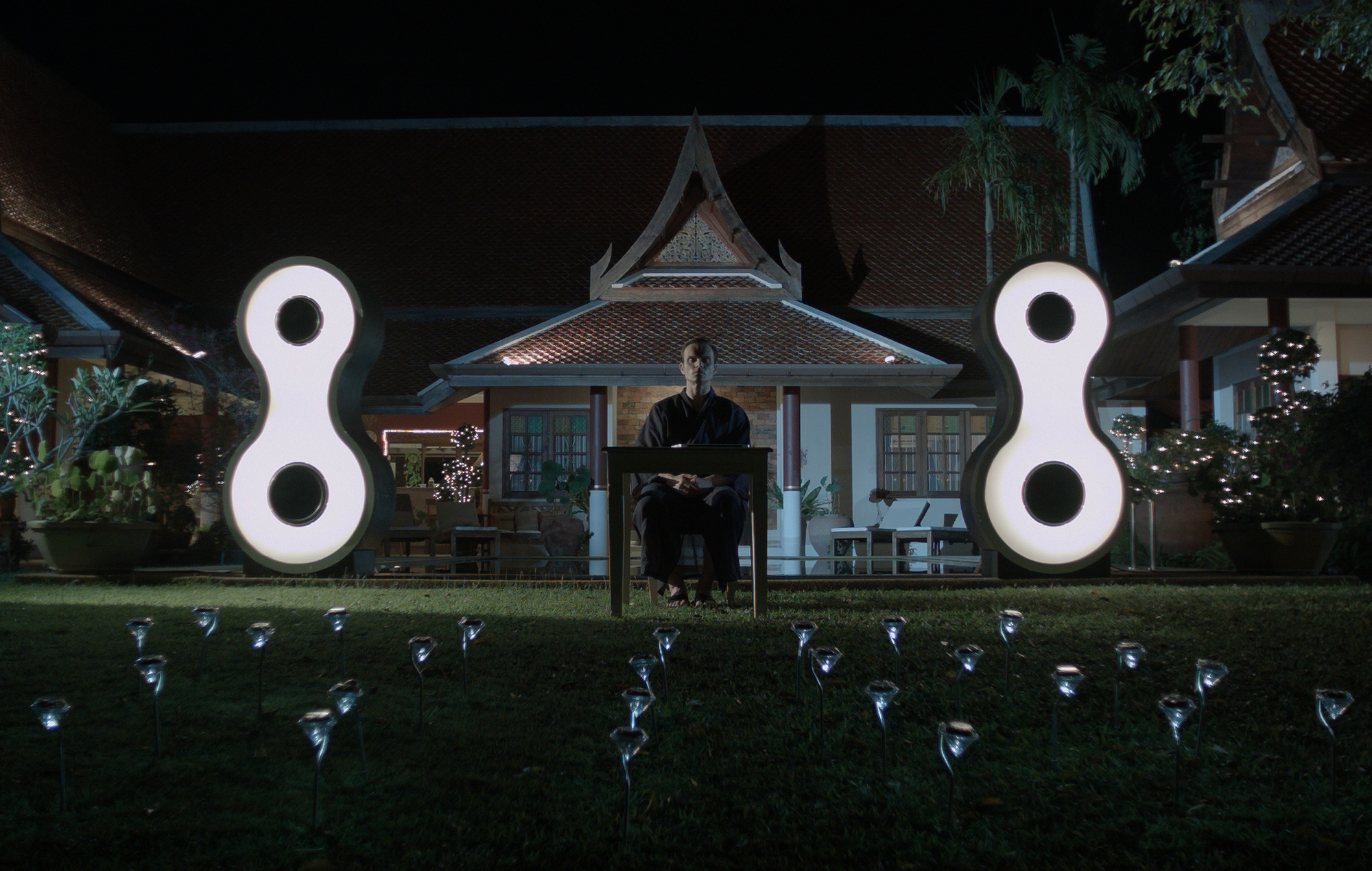 Eullenia was originally intended as a feature film, but was expanded to a six-part TV series when creator/director Paul Spurrier realised he’d created a character too captivating to restrict to 90 minutes. Set amongst the one-percenters, with the hustling drive of Bangkok as a backdrop, the story of Eullenia is one of spine-tingling action and complex power dynamics.

With a plot that wouldn’t look out of place during the Roger Moore era of Bond, Marcus Hammond (Alec Newman) is the CEO of the titular Eullenia bank, a rebel who wants to change the financial system and lends based on “ideas, persistence, hard work, ambition” over collateral.

Hammond’s presence as an Englishman in Thailand might ruffle the feathers of the locals, but luckily he has the police in his back pocket and an ever-faithful handyman Boo (Vithaya Pansringarm) by his side. They share the belief that he makes the world a better place, despite his passion for a bit of murder every now and again. “As banks get richer, why is it that the poor seem to get more poor?” he asks during one of his bank’s adverts that opens each episode. “For every life I’ve taken, I’ve saved countless others,” he promises later on.

We’ve seen sociopaths in TV and film before, but while the likes of Patrick Bateman and Hannibal Lecter killed at random to quell a bloodlust, and Dexter did it to enact justice, Marcus Hammond does it to chase a high believing it’s the price the world has to pay for his brilliance. Never senseless or cruel, his victims always have a choice – in his eyes anyway.

The series explores consent and coercion, and the notion that just because someone agrees to something, it doesn’t make it right especially when it comes to the vast power that comes with wealth. Hammond believes he can buy anything and even when someone comes looking for revenge, he tries to make a deal out of that as well.

Split into two halves (the first three episodes are out this year, the remaining three will follow due to delays related to the Covid-19 pandemic), the focused story doesn’t busy itself with b-plots or slow reveals. Within the first 20 minutes, the murderous genie of Hammonds has offered the naïve, determined Nam (a heartbreaking performance by newcomer Apicha Suyanandana) an impossible deal, as Saw meets Dragons’ Den.

That first episode is positioned as a horror – full of slow-burning tension and uneasy yet enthralling revelations, while episode two leans into the coming-of-age relationship, as the fiery and wickedly smart Lek (Aomkham Kamonrattanan) gets ready for a showdown. It’s the perfect lead into episode three’s all-out psychological thrills as Hammond gets a captive audience that allows his ethics-twisting reasoning to really hit its stride.

Yes, Hammond may be a monster but he might also have a point much of the time. As he says: “Prime ministers and presidents are only there to make you feel like you have some sort of say in life, it’s the billionaires who tell them what to do. You think I’m bad? They kill thousands with a stroke of a pen.” All the talk is enchanting stuff as the cracks of Hammond’s decadent surroundings are slowly revealed, asking questions of the real world at the same time.

Taking influence from different genres allows Eullenia to create an unpredictable universe where anything can happen. There’s no heroic protagonist chasing Hammond down, there’s no grand battle of good versus evil, and it’s hard to think of a show telling a story quite like this. Sure, episode three has been forced to act as an unexpected cliffhanger but there’s enough of a resolution to keep you satisfied.

With plenty of cards in play and no blueprint for where it goes next, Eullenia is an enthralling prospect that will have you counting down the days for the second half of this psychological morality bender.