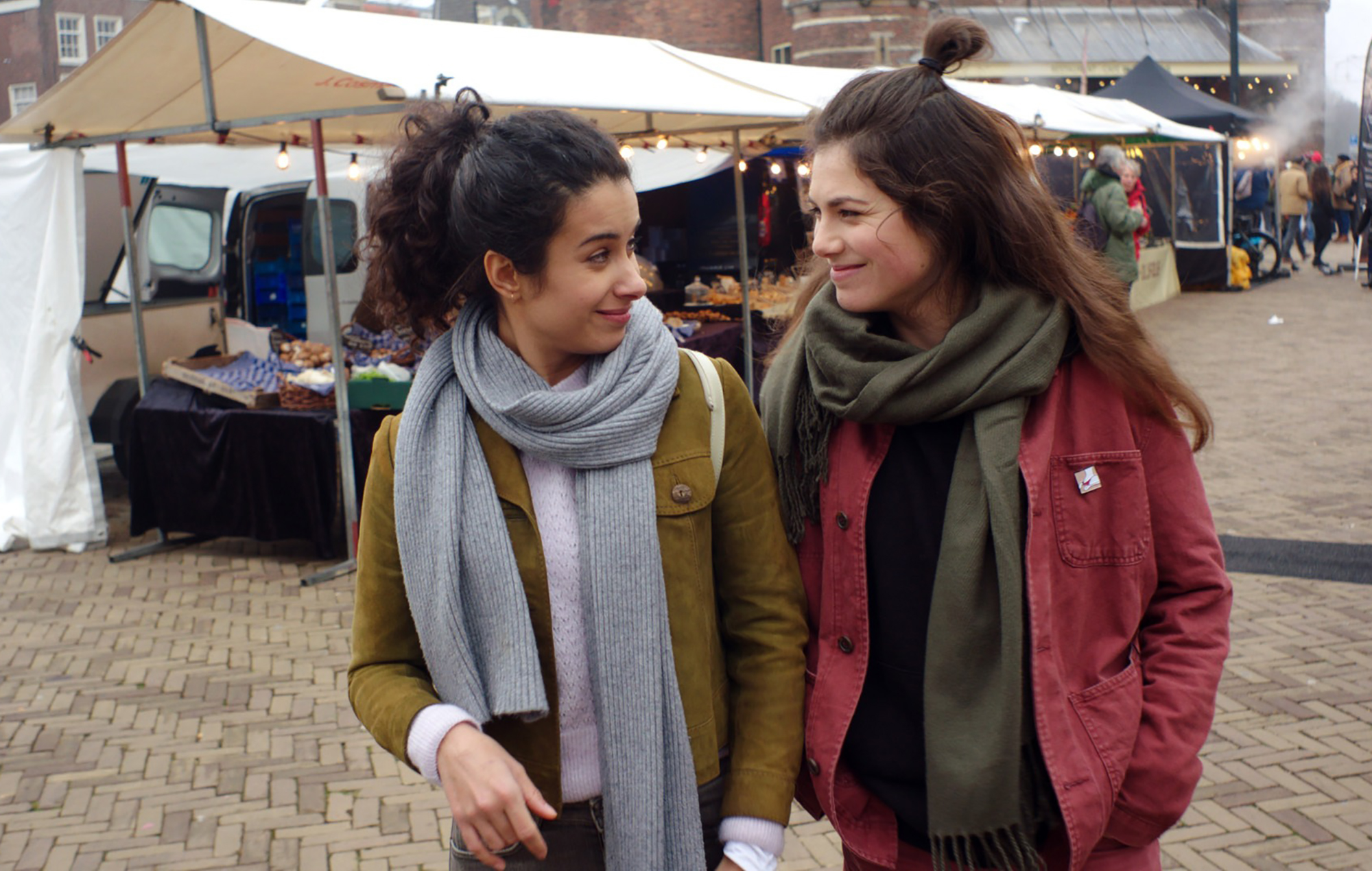 Everybody seems to have some sort of niche lockdown hobby these days, and having exhausted sourdough, running, and staring into the bowels of hell itself in an endless stream of barely audible Zoom quizzes (usually delivered over trembling Wi-Fi) I’ve started learning Dutch on Duolingo. There are a couple of motivations. Firstly – festivals in the Netherlands are consistently brilliant, and wouldn’t it be nice if one day I was able to go and order myself a nice chilly pint at Lowlands without having to resort to the medium of mime? Plus, I’m hopeful that once I master the beautiful language, I might have a vague shot at becoming best mates with everyone in my new favourite show, Anne+ – which quietly popped up on Channel 4’s catch-up service All4 last month.

Anne+ started life in the form of a web series – just like the acclaimed New York comedy Broad City, the overlooked but excellent Strangers, and Desiree Akhavan’s early cult Internet show The Slope (the actor-director went onto make The Bisexual, and The Miseducation of Cameron Post afterwards). Often fairly low-budget, and propelled by snappy, surprising plot lines that unravel very quickly, web series use a tight, pacy format that seems to suit emerging comedy shows. In a lot of ways, Anne+ feels like the Dutch answer to Broad City in particular – and like Ilana Glazer and Abbi Jacobsen’s own show, it’s rooted in the chaos of flailing through your 20s in search of answers; and the steady realisation that you’re still clueless.

The story centres around the everyday tribulations of a young Amsterdammer called Anne as she slogs her way through a 9-5 job she clearly loathes, at a ludicrously shiny start-up. She steadily dates her way around the city’s hyper-connected community of queer women, develops a penchant for brightly-coloured chore jackets, and slowly figures out what she wants. For some reason, Anne puts a lot of stock in the very particular dynamic that comes from brushing your teeth with somebody else – at one point, she appears to get jealous of a polyamorous hook-up: specifically their partner’s toothbrush.

Each episode shows a snapshot of Anne and somebody else who is significant in her life – whether it’s a brief affair, a meaningful ex, or a new friend. There’s Lily, her old high school flame. Sara, the indecisive and slightly-too-ambitious architect. Poor sweet innocent Caro who never really gets a proper look-in, to be honest. Jana – who is great fun, but I often find myself fretting about whether she’s drinking enough water. And subscribing to a popular cliche about queer women – a cliche which is also absolutely true, by the way – all of these women also know each other! Really, really well, in fact. “Go to a lesbian club, and you run into all your exes” sighs Anne and her mate Maya as they find themselves quickly surrounded by figures from the past. “And look at that, two exes, together.”

The writing in Anne+ – by co-creators Maud Wiemeijer, Valerie Bisscheroux and Hanna van Vliet (who plays Anne) – is razor-sharp. Characters occasionally slide into brief bursts of English in order to get a point across (“Spill the tea,” says one of Anne’s friends Teun) and often communicate in unspoken codes. Watching Anne ponder what a “lesbian look” is (“Any expression on Kristen Stewart,” she wryly concludes) or propose moving in with her new girlfriend after exactly two months (“We’re lesbians, we’re actually a month late”) it feels like a familiar depiction of how queer people actually speak to one another; though there is a growing collection of shows that do similar, this kind of nuanced representation doesn’t get shown on telly enough.

Hilarious, often a bit ridiculous, and in some ways the show that The L Word Generation Q (a recent reboot of the noughties lesbian drama The L Word) wanted to be, Anne+ also has the most banging TV theme tune this side of 2020, courtesy of Amsterdam-based composer Tess van der Velde. Give this underrated gem a whirl, and prepare to laugh, cry, despair, and wail along to ‘Figure Out’ all day long. And keep a look out for Orange is the New Black‘s Laura Gómez in season two – great tidings, there are two seasons.

Plus, you might even pick up a bit of Dutch along the way. Doei, and enjoy!

‘Anne+’ is streaming online via All4 now