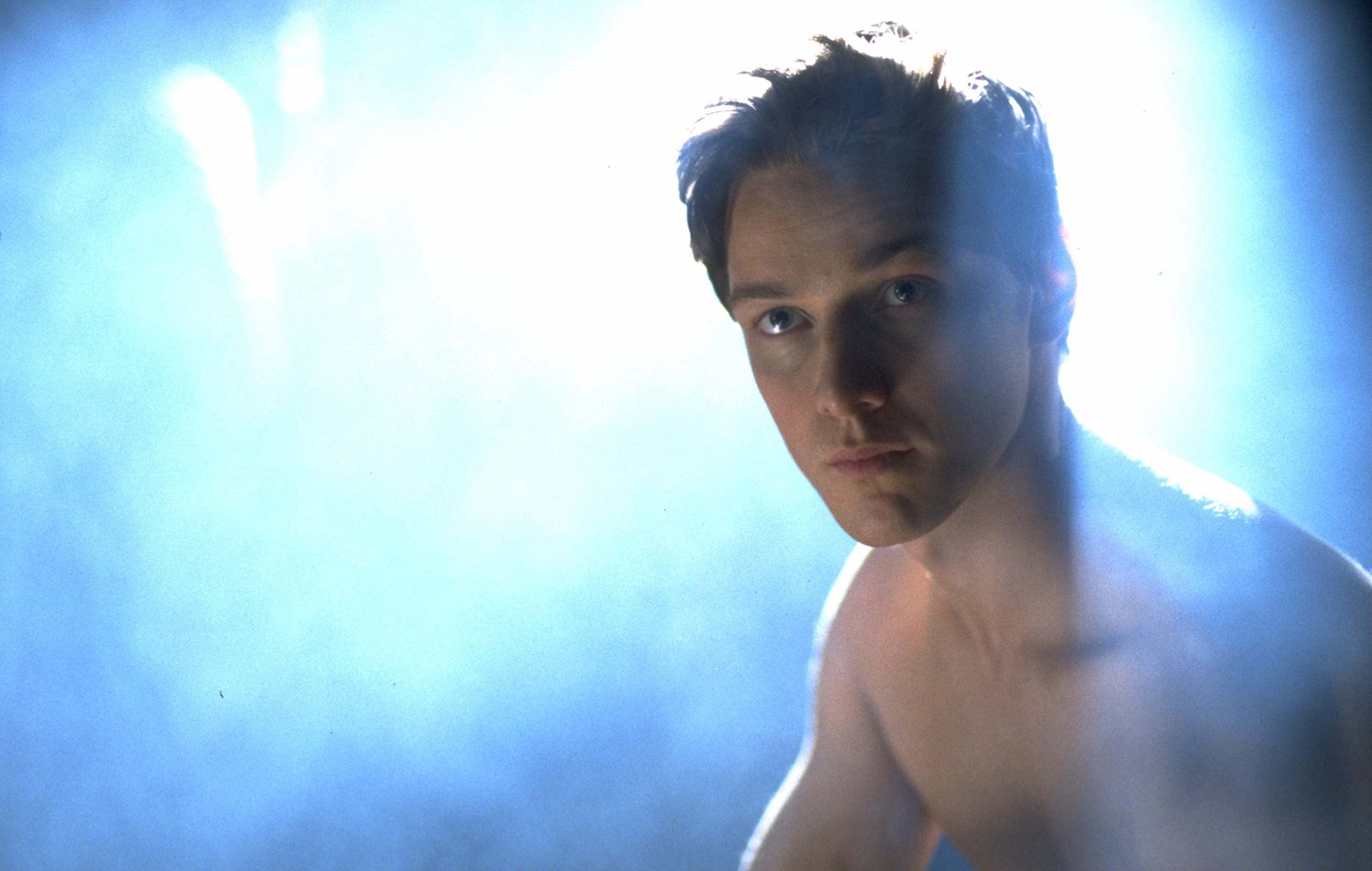 Finnegan’s Wake. 100 Years Of Solitude. Infinite Jest. Most of the books deemed ‘unfilmable’ are the more experimental classics of modern literature, but in the realms of fantasy and sci-fi, such tomes merely pose a greater challenge. Take Dune, Frank Herbert’s 1965 epic about the politics and power struggles between interplanetary factions over control of the desert planet of Arrakis, where ‘spice’, the most valuable commodity in the universe, is mined and gigantic monster worms attack anything that wanders onto the sands. David Lynch struggled to cram the book’s complex plot into his two-hour 1984 film adaptation, and a new version by Denis Villeneuve is expected to take two movies to get to grips with the entire story.

To date, the most successful screen take on the book is the 2000 TV miniseries Frank Herbert’s Dune, which delivered the tale over three instalments and six hours, and doubled the Sci Fi Channel’s record viewing figures. Though that series still loiters on the studio shelves, its three-part sequel Frank Herbert’s Children Of Dune – another huge, award-winning hit three years later – comes to Amazon Prime Video this month, boasting appearances from Susan Sarandon, Steven Berkoff and a young James McAvoy. Its special effects, though still impressive, aren’t going to drop as many jaws as they did in 2003BBG (before Battlestar Galactica), its political leaders might seem unfeasibly attractive and you might wonder at times if Arrakis is so hot that it prevents some of the more wooden cast members from both speaking and acting at the same time, but it’s a great opportunity to leap into one of science fiction’s most mind-mulching cults.

“When I took this on,” says the series’ writer John Harrison, “I said to [producer] Richard Rubinstein that I was not going to in any way try to remake David Lynch’s movie. That was not an intention of any of ours. First of all, as much as I respect David Lynch as a director and love his work – and I don’t think David was particularly happy with the way it ended up either – I don’t think it was a very great adaptation of the book for a variety of reasons. As visually beautiful as that movie was and all of the great things that were in it, I didn’t feel it was a true adaptation of Frank Herbert’s story and my intention was to do exactly that, to honour the material as closely as I possibly could while still making dramatic television.”

Much of the success of Frank Herbert’s Dune was down to Harrison’s skilful truncating of the book’s complex tale of the rise of Paul Atreides to the quasi-religious status of Muad’Dib in the first miniseries, fleshing out the role of Princess Irulan and turning the internal monologues that had made Lynch’s film so awkward into dialogue. “That was something David tried to do unsuccessfully, I thought,” he says, “because whenever you would get into one of those moments where a character was musing over what somebody else was saying or what somebody else was going to do, the movie kind of stopped.

“As soon as we started in production on the first one I knew we had something special, because we had an incredible cast and incredible people behind the camera and we had a fair budget. I had all these Oscar and Emmy winners working with me so it was kinda like ‘I’ll just sit back and watch them do it!’”

When the Sci Fi Channel woke up, smelled the Emmys and cried out for more, Harrison looked to the next two books in Herbert’s series for the sequel series – Dune Messiah (1969) and Children Of Dune (1976). Here, 12 years later, Muad’Dib (Alec Newman) has become what Harrison calls “a cult of one” and something of a dictator, facing plots and threats against him from all-corners of the galaxy, not least Susan Sarandon’s Princess Wensicia, new leader of the deposed House Corrino. Which means that, at least until Muad’Dib’s children (McAvoy and Jessica Brooks) grow up for the second part of the three 90-minute instalments, there’s no clear hero to root for in Children Of Dune. It’s certainly not your average TV story arc.

“No, and in a sense it’s not even true to ‘the hero’s journey’,” says Harrison. “It’s a very complex and to my mind a much more realistic view. We were living in a world much closer to Dune than when Frank wrote the book in the ’60s. That was a bipolar world, two empires, the United States and the Soviet Union, colliding after the Second World War. In 1999 the Soviet Union had ceased to exist and China was not what it is so there really was one empire, the US, with a lot of power centres all over the world, just like in Dune. I thought that was an interesting thing to play with.”

The theatrical, grandiose scale of Children Of Dune is enhanced by its impressive cast, with the series new director Greg Yaitanes (Harrison, who had directed the first series, was busy on a new show) uncovering the budding McAvoy and the book’s legendary status throwing up surprise A-list fans. “In the US on Thanksgiving there’s a very famous parade in New York called the Macy’s Day Parade,” says Harrison, “and prior to that there’s a gay parade which has its own floats and entertainment going up and down the boulevards. It was televised and Richard Rubinstein remembered seeing Susan Sarandon as one of the commentators. There was a float of some kind and she said ‘that reminds me of a book I really love called Dune’. Richard heard this and thought ‘OK, we’re gonna do Children Of Dune, I wonder if we could call her up and see if she’d be interested’.”

Between its starry cast, mystical storytelling and ground-breaking (for television in 2003) special effects, Children Of Dune became a cult classic on DVD and is regarded warmly in sci-fi fan circles, although Harrison puts its success and renown as much down to Herbert’s vision as his own. “I think it was beautifully done,” he says, “and the story of these two children with a destiny that they really could not control had a resonance that appealed to a lot of people. It’s a very emotional story. Dune is very big, it’s about all of these warring cultures and it’s got a big tapestry that you understand in a Laurence Of Arabia kind of way. Children Of Dune ends up being a bit more personal.”

By providing a blueprint for tackling knotty political manoeuvres in the fantasy genre, did Children Of Dune pave the way for Game Of Thrones? “I don’t think I’m bold enough to say that Martin took his cue from us,” Harrison says, “but the epic quality of Dune gave people confidence that this kind of storytelling could really work on television. Back in the day, HBO was just starting to create event programming like The Wire but there really wasn’t anything in the genre world that was equal to that. Occasionally there’d be a good Stephen King like The Stand but in terms of this broad, epic, political and cultural miniseries, there wasn’t anything in the genre until Dune came along. And the success of it allowed people to think ‘hey, there’s a market for this, the Star Trek movies are out there, the Star Wars movies are out there, look how huge they are, why aren’t we doing stuff like that on television?’”

Of course, in the age of limitless, often dazzling, big budget TV, Children Of Dune will play more on its retro charm with modern audiences. What will the new viewers of 2020 get out of it? “I hope that people can appreciate it for what it is,” Harrison says. “I have no way of knowing whether an audience that’s never seen it before is going to look at it and say ‘well the effects are a little funky, a little out of date’ but the story I think, holds up really well. I hope people will look at it and understand that it was 18 years ago, but still be intrigued.”