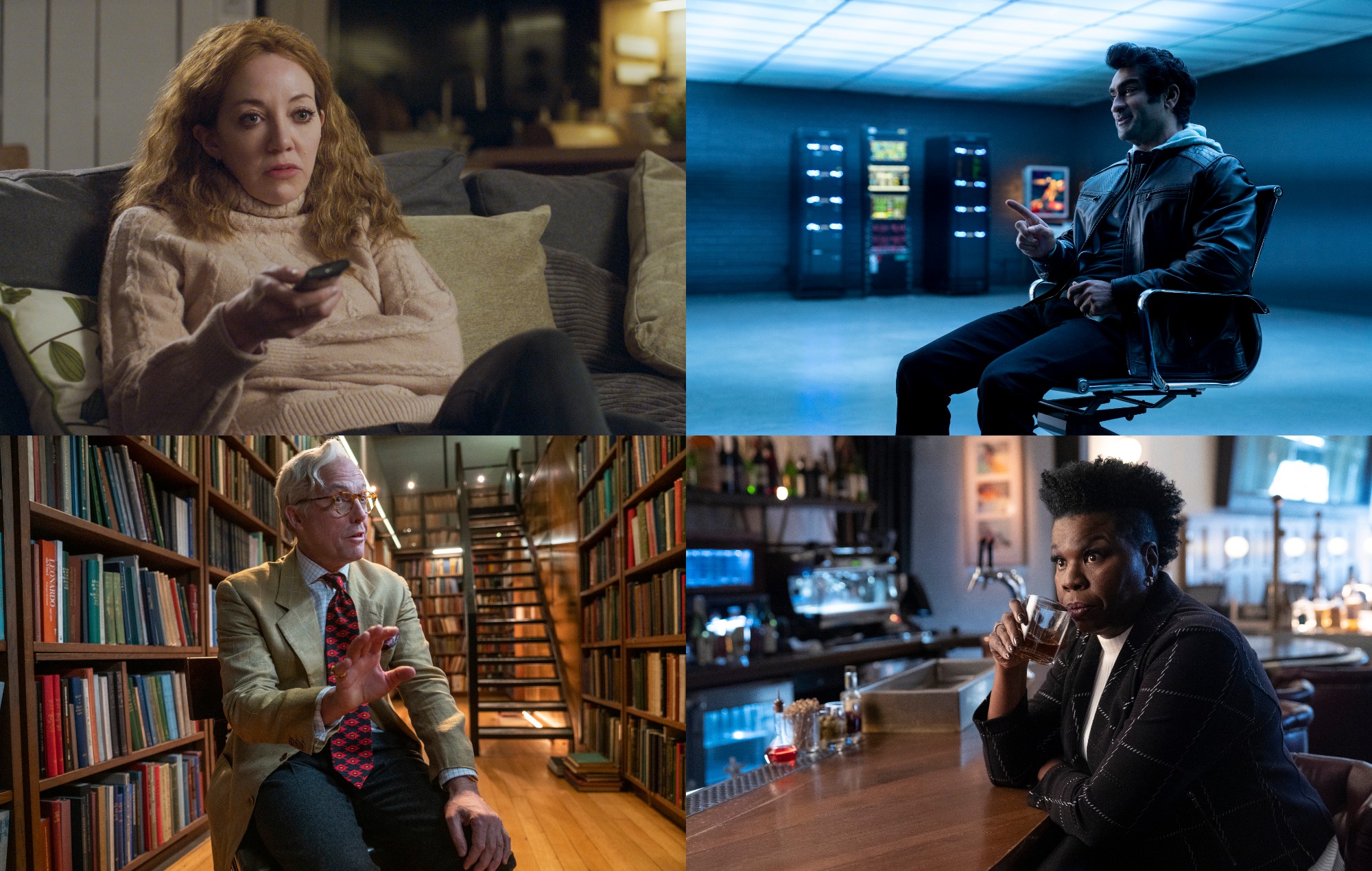 Given that the toilet paper crisis was the moment when many of us realised that 2020 really was about to become something akin to an immersive Fallout 3 experience, it’s perhaps not surprising that the Wipe has been on Charlie Brooker’s brain this year. First he put out the Antiviral Wipe for the BBC; now, he and creative partner Annabel Jones have adapted the concept for Netflix, with a one-off offering titled Death to 2020, with an all-star cast including Samuel L Jackson, Lisa Kudrow and Leslie Jones.

Here’s what we learned from their oh-so-very-2020 launch press conference on Zoom (hey, they never promised us the Rose Garden).

Yes, it’s Charlie Brooker and Annabel Jones in the driving seat, and yes it’s for Netflix, but Death To 2020 is not a Black Mirror special. No, it’s a standalone production because who needs dystopian science fiction in a year like this one?

It has more in common with Brooker’s Wipes

Charlie Brooker’s ever-changing and frustratingly occasional Wipe series for the BBC (Weekly Wipe, News Wipe, 2016 Wipe etc) has already prodded a swap up the nostril of the coronavirus pandemic with the Antiviral Wipe, which aired back in May.

Death To 2020 doesn’t follow the Wipe format exactly, but there’s clearly been some super-spreading between the two. Both include direct-to-camera monologues and real-world footage, both feature the brilliant British comedian Diane ‘Philomena Cunk’ Morgan and both poke fun at TV pundits, talking head-style interviews and documentary doom mongering.

The big difference? Budget. Brooker said: “Netflix has done a lot of documentaries, often about appalling things happening, with beautiful cinematography, so lots of drone shots and a bleak piano note being struck as a drone floats over a forest, so it seemed like a good opportunity to do something that was talking about the year but also tweaking the nose of a sort of format that you would see on Netflix.”

It has Barry Shitpeas – but he’s behind the camera

You won’t get any nuggets of wisdom from simpleton pundit Barry Shitpeas in Death To 2020, but Al Campbell, who plays him, is the co-director, which is his proper job in real life. Here’s what Shitpeas had to say about coronavirus in the Antiviral Wipe, to remind you what you’re missing: “I thought the 2018 chicken shortage at KFC was bad, but this is on another level.”

Cristin Milioti, from Black Mirror episode USS Callister, is in it

Milioti, of Fargo fame, played Lieutenant Cole in season 4’s feature-length space romp. In the press conference, Milioti admitted that she’d pretty much work on anything that Brooker and Jones ask her to. “That episode of Black Mirror is, to date, one of the best experiences of my entire career – it was a complete dream,” she said. “I love the way Charlie and Annabel’s brains work.”

In Death To 2020, Milioti plays a character called Kathy Flowers who, in essence, sounds like a kind of self-righteous mega-Karen. “I think that these kind of white women are, like, the villains of 2020,” she says.

Kumail Nanjiani had already done the research for his role

“[My character] is one of those tech billionaire people, and I was in a show called Silicon Valley for many years, so I’ve gotten to meet a lot of these people a lot of the people who are in the news now who basically ruined the concept of truth for the entire world,” he says.

“I’ve gotten to meet some of them and what they all share in common is. To be a lack of a sense of morality, it’s not that they’re immoral, it’s that they don’t think in terms of that, they’re completely amoral.”

The script was tweaked, constantly, through the year

First pitched in July, the script has changed constantly throughout the process. “I don’t think there was that much dropped from the script; it was more just wanting to be as reactive as possible and keep the script as topical as possible,” says co-creator Annabel Jones. “All of the cast were incredibly gracious about receiving last minute re-writes.”

But that’s not to say they’re ignoring the home audience. Actually, says co-creator Annabel Jones, “what’s unified this year is that the main stories that we focus on are huge, global stories, whether it’s coronavirus or Black Lives Matter or the US election.” Probably means no gags about Scotch eggs though.

Speaking of the US election, we’re backing Lisa Kudrow for 2024

The former Friends star plays a politician in the age of fake news, and says: “Throughout the history of politics in this country you’re getting double speak from the people who are speaking on behalf of the White House. They just used to be good at the con, and now they don’t care, and that’s what’s scary to me.”

Not a single actor filmed for more than a day

The script was written for each actor to film their portions separately, and each actor’s scenes were wrapped in a day. Basically, Brooker thinks he’s found the way to make pandemic telly that doesn’t suck balls. “You don’t feel like you’re missing anything when you watch this because it makes sense with the form and the form makes sense on Netflix.”

Brooker, who sat in remotely on US shoot days, as did Jones, admits filming in 2020 does have its difficulties. “It’s been a challenge and so sometimes you’ve seen people have to film things on Zoom or whatever – it’s not like that so it feels still very high-end.”

Keery – who plays Steve Harrington in Stranger Things – said he based his character on a particular YouTube celebrity – but he’s not saying who. Describing his part, Keery says: “It’s somebody who thinks that they’re ‘woke’ for lack of a better word, but in actual fact they’re not woke, because what they’re doing is using all these different social movements and stuff for their own benefit.”

“People were telling me to watch it and I was like, ‘Oh that’s probably like a broke-down-ass Twilight Zone’,” she said.

“I’ve always been a very paranoid and worried person who’s neurotically concerned that the worst thing possible is about to happen,” he said. “Oddly, when this happened, I think on some levels I pivoted to a strange kind of optimism, because that dread and anxiety of something terrible happening is now a real and ongoing concern.  “

Brooker narrated a version of the film before Laurence Fishburne

But that was just the rough cut. “Lawrence Fishburne’s voice is simultaneously a luxurious bath and a booming authority,” Brooker said. “For weeks we’ve been looking at a rough cut with my voice on it, and so to suddenly hear this booming voice of authority where it was previously me squawking into my phone at three in the morning is really something.”

Death To 2020 arrives on Netflix on December 27