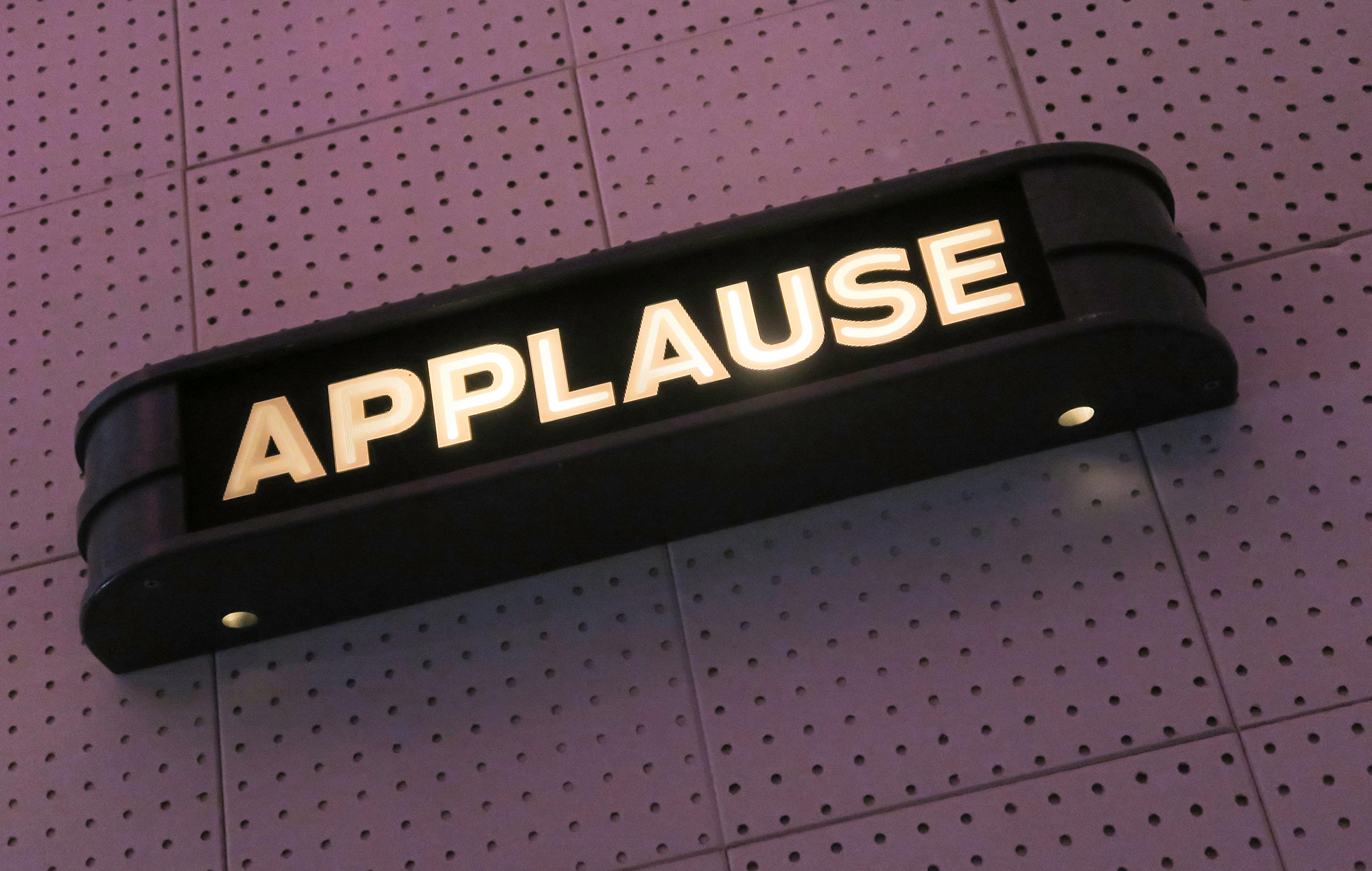 The forced absence of a studio audience is a reality both producers and viewers have been experiencing for a few months now, because of the end of days and all that. Some shows had attempted to soldier on with empty auditoriums, but then Ant-or-Dec finally decided to remove the ‘Butlins on a particularly low-end evening’ atmosphere of Saturday Night Take Away, the studio echoing in an unsettling way as the uncomfortable crew tried to make up for the lack of noise.

It then quickly spread, much like a virus, throughout the TV landscape, touching upon the likes of The Last Leg, The Graham Norton Show, and then across the Atlantic with The Daily Show, The Late Show with Stephen Colbert, and James Corden’s Late Late Show. Glossy desks were replaced with makeshift home studios and Corden had to do without the applause. Although, to be honest, the Gavin & Stacey star’s personality would be just as overbearing even if he was recording an iPhone voice note.

It’s comedy entertainment that’s felt the absence of audiences the most – laughing, cheering, and applauding not only punctuates a show, but also validates what comedians are saying. An audience, of course, helps the talent to read the room, but also the editors, directors and writers – it’s in the uncomfortable pauses and awkward self-congratulatory laughing that we notice the absence of applause the most.

An audience has always been a vital and inevitable part of the overall entertainment experience. Christians being fed to the lions, or brick shit-house gladiators swinging a mace above their heads, pitted against a skinny prisoner armed with a medium-sized stick. Take the baying, bloodthirsty crowds away, and it’s doubtful our ill-advised forbears would have quite so much enjoyment out of it…

And then take the baying, bloodthirsty crowds away, then add them again, then take them away again. That’s what The X Factor did during one of their many panics about falling ratings, dicking about with the presence (or not) of crowds at the audition stage. Was the ridicule of the ‘joke contestants’ more palatable when it was a silent comedy in a hotel conference room, or when it was a roaring mob, so vehement in their disapproval of someone’s singing voice that you could hear their incandescent spluttering from several miles away? What made you feel better about laughing at them? Are you not entertained?!

And then the live music shows, of which there is at least one on TV. As if we thought the interviews on Later… with Jools Holland couldn’t get more awkward, the absence of a cabaret club-style audience removes any atmosphere from the interview sections which, let’s be honest, lacked… atmosphere. Still, at least making Jools link between the songs whilst walking around outside keeps him away from a boogie-woogie piano. Imagine if Top Of The Pops was still around – an empty studio filled with neon and dry ice, an artist miming as the backing track ricochets off the studio walls – like a Friday night in All Bar One minus the live singing.

News shows have fared better. Having removed the opportunity to grandstand and gesticulate due to a small home office or a slight delay, both presenters and subjects have been forced into having conversations like actual human beings. Yet, if a politician is making an angry point and no one is around to clap them, does it really make a sound? The answer, as it turns out, is yes. In the beforetimes, Question Time was becoming a very real version of 1984‘s ‘Two Minutes Hate’, but it has been infinitely more watchable without the angry mob in the studio. Let’s face it, if some of them could bring pitchforks and torches, they would – the flames enhancing the gammon-like glow of their intellectually frustrated faces.

In turn, the discussions between the panels have become more balanced, less point scoring, more nuanced, and less shouty. Whereas before we could have easily believed that the BBC were considering a Question Time ‘clap-o-meter’ App for the viewers at home, the show has reverted to what it was always meant to be, open political discourse, and holding those in power to account in a measured, dignified way. It’s nice to imagine that this would have a knock-on effect with certain politicians – that they would take their debating society, bear-baiting rhetoric and temper it slightly. I’m assuming – because why else would he have done it – that this new tone is why Jacob Rees-Mogg was so eager to recall a live parliament so quickly.

“Eleven weeks in this lockdown and she is still seeing people who haven’t got PPE.”

“That shouldn’t be happening.”

A more cynical point of view might be that it had nothing to do with this of course – that his desperation to get flesh and bone back on the green benches was not to oil the wheels of democracy, but in order to reunite the backing band for our beleaguered Prime Minister. Because, much like an entertainment show without an audience, it’s in the silences where the weaknesses become glaringly and uncomfortably obvious. Here is a man who clawed his way to the top by being a court jester, his audience the great British public, laughing him all the way into Number 10.

So, maybe the temporary removals of the baying crowds has done us a favour – shown up what works and what doesn’t, given some dignity and nuance back to the places that needed it, and shown up the tv shows, or heads of state, who are badly in need of mindless cheerleading.

The post Coronavirus has killed the live studio audience – and that might not be a bad thing appeared first on NME Music News, Reviews, Videos, Galleries, Tickets and Blogs | NME.COM.