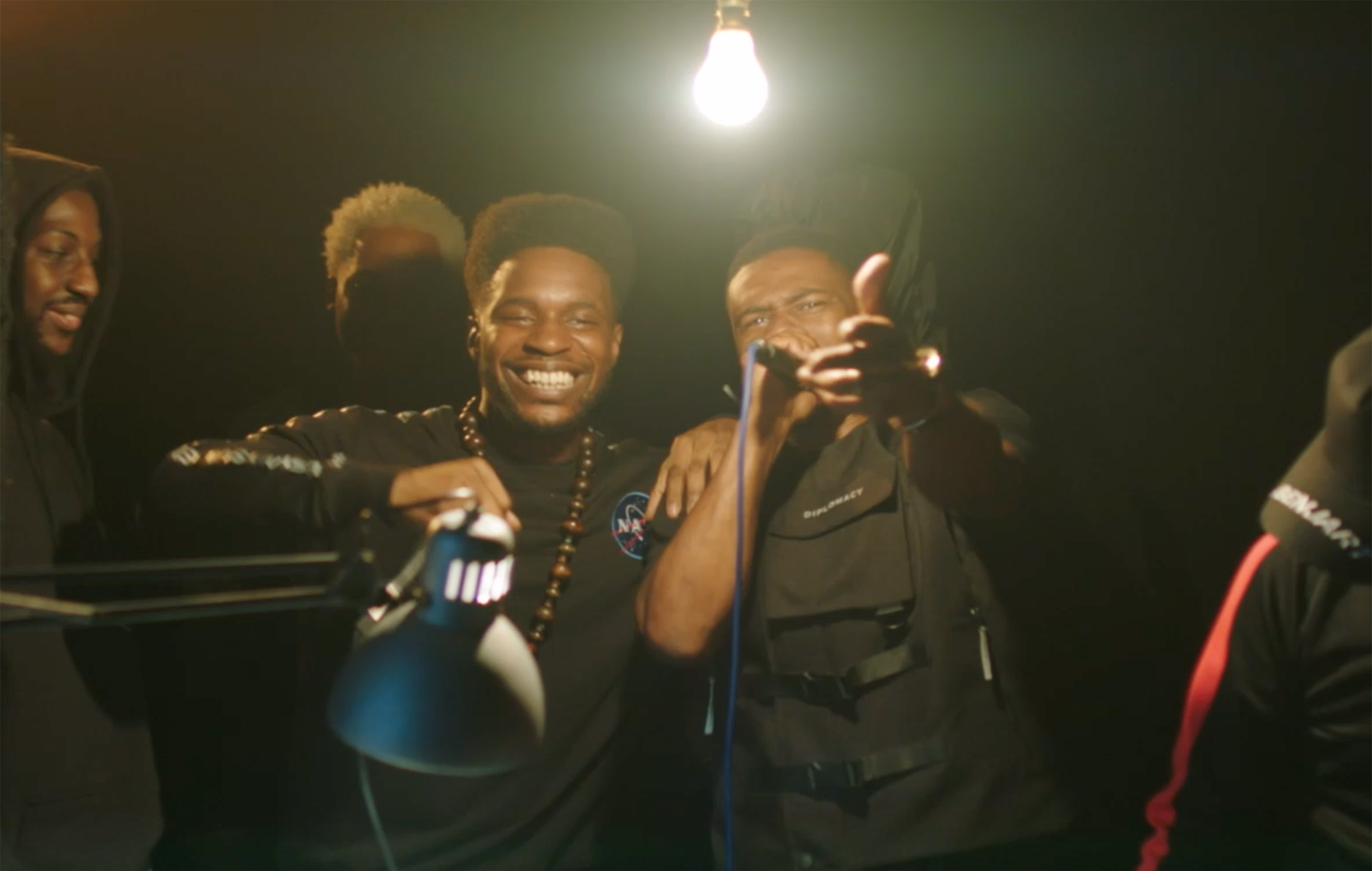 This weekend, iconic TV station Channel U – which gave UK rap a much-needed platform in the 2000s – returned to screens for one night only as part of the premiere for coming-of-age film Against All Odds. A welcome trip down memory lane for grime fans, the six-hour revival hosted a mixture of explosive performances, familiar faces, beloved shows – and, of course, classic videos.

Here, we run down the best bits from a night that celebrated British Black excellence through beats, rhymes and good times.

There were loads of classic music videos

Nostalgia was always going to be the key component in any revival of Channel U. So it’s no surprise that the highlight of the one-off special was a ‘Top 20’ rundown of the best videos ever played on the station. Hosted by grime aficionado Poet, the artist-turned-presenter took viewers back in time, reeling off jokes in-between videos from Crazy Titch, Ruff Sqwad, Lethal B, Kano and Bashy. There may have been a few classics left off the list, but reliving Klashnekoff’s ‘Murda’ and Dizzee Rascal’s ‘I Luv U’ on the channel that championed them from the very beginning was special.

While the likes of Vernon Kay, Dave Berry and Fearne Cotton were making making their names as music telly’s go-to presenters in the 2000s, Ace & Vis were the champions of Black British youth culture, using their platform to tell stories of rap, grime and R&B. The pair went their separate ways at the end of 2012, so seeing them back on screen together for a revival of their much-loved Channel U programme, The Illout Show, was a highlight of the night.

Grime Originals’ takeover was a highlight

The brainchild of former N.A.S.T.Y. Crew MC Sharky Major, Grime Originals is a platform that promotes grime in its purest form via live showcases, online events, radio sets, interviews, documentaries, merchandise and more. Half an hour of Channel U’s return was taken over by the brand, which included previews of documentaries with Devlin, Lioness and Flirta D, an interview with CEO Sharky, and a fiery grime cypher that featured Bruza, Tommy B, Doctor, Hitman Hyper, Killa P, Logan Sama and Discarda, who dropped the provocative line: “It’s just like Tottenham Hotspur winning the Premier League, it ain’t gonna happen.”

Against All Odds‘ star Richard Blackwood gave a revealing interview

These days Richard Blackwood might be best known for starring in Eastenders and Hollyoaks, but back in the day he was at the epicentre of Black British entertainment as a popular stand-up comic, presenter and actor. With a role in Against All Odds, Channel U aired a new interview with Blackwood about his involvement in the “first grime film”, as well as his impressive career, current endeavours and his thoughts on the evolution of youth culture in the UK. His brief rap career was also highlighted, with the video for his 2000 single ‘Mama Who Da Man’ getting some airtime.

Mr. Wong made a hilarious cameo

Mr. Wong was arguably Channel U’s biggest cult figure. It was obvious he could rap, but because he combined comedy with grime it wasn’t always clear if he was being serious or not. Seeing the video for his 2007 banger ‘Not On A Longage’ pop up was a definite highlight of Friday night’s return – it’s just a shame it was only a snippet. If you’re wondering where he is these days, the “Chinese boy who’s not on a longage” trained to become an NHS nurse and released his album ‘The Yellow Michael Jackson’ in 2015 under the name Wong Williams.

Seeing the Channel U logo brought back good memories

If you were a fan of UK rap and grime in the 2000s it’s likely you found comfort in seeing the Channel U logo pop up on your screen. It was like a bat signal for Britain’s underground fans, way before the commercial acceptance and mainstream transformations of Stormzy, Skepta and Wretch 32. Seeing an updated version repeatedly flash up during the channel’s six-hour rebirth was a blissful reminder of days waking up to a left-on TV at 4am knowing that the station’s logo transition meant you were about to see someone spit fire.

The Channel U 2020 revival aired Friday (November 20) on Sky channel 373, Virgin channel 345 and live on @LinkUpTV – you can catch up with some of the best bits on YouTube