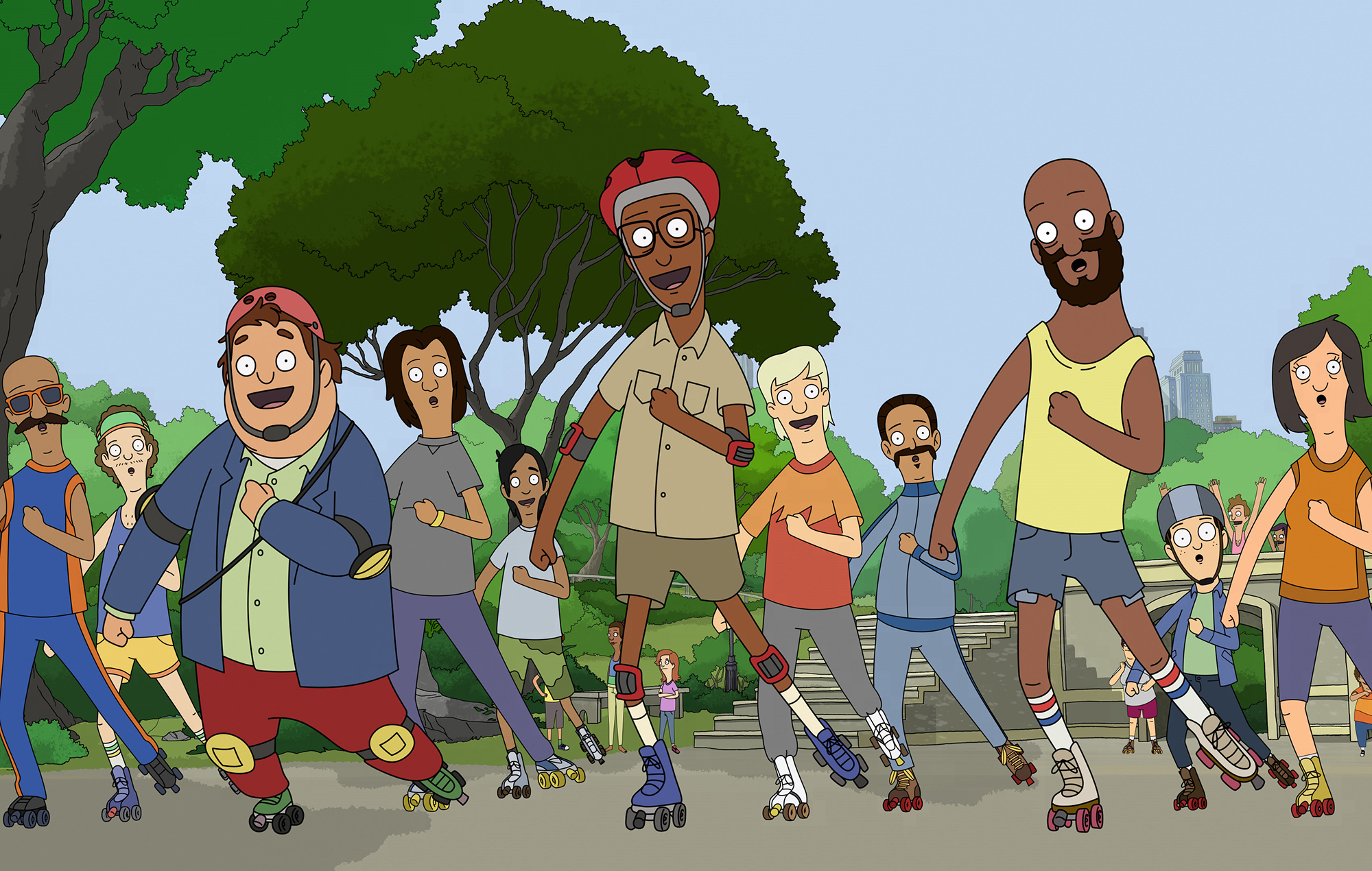 Some might choose to take in a classic view of NYC’s iconic skyline from Gapstow Bridge. Other might like to relax under The Mall’s leafy, green canopy. Wherever you choose to experience it, there’s no doubt that New York’s Central Park – the setting of Bob’s Burgers creator Loren Bouchard’s brand new series – is a much-needed sanctuary within one of the world’s greatest big cities.

Central Park, an animated musical, is the story of a biracial family who live within the park itself. Hamilton star Leslie Odem Jr. plays the role of caretaker Owen Tillerman, though the rest of the family all lend a hand – that’s Owen’s journalist wife Paige (Kathryn Hahn); teenage daughter and keen comic book artist Molly (Kristen Bell); while Titus Burgess – Titus Andromedon in Unbreakable Kimmy Schmidt – is son Cole. The family’s main enemy is diminutive property tycoon Bity Brandenham (imagine a cross between fashion icon Iris Apfel, The Racoons’ Cyril Sneer and William Rockefeller – voiced by Stanley Tucci!) who wants to redevelop the park over some perceived slight. There are excellent songs throughout – and with the influence of Hamilton alumni, many within the mould of that lolloping, zippy, socially aware hip-hop that made that soundtrack more than just the songs that made up a musical. Cherubic local girl Cindi Lauper writes two songs for episode four. Central Park might be the most positive TV show made in eons!

The cosmos did little to help the show’s arrival into the world by sequencing the 13-episode season within a week in which the United States’ racially divided new reality came home to roost. Or was it a blessing? You might choose to view the new show as providing a similar service to what the park brings to New York itself. New Yorker Bouchard’s new series – essentially an episodic love letter to New York and the park itself – features few edges that would be capable of cutting even warm butter. For television like this to be made to air at a time where it feels society is collapsing is remarkable. This is impossibly wholesome viewing. It’s as much of a retreat from reality as any dewy walk through the titular park at sundown.

It is also extremely unfortunate that the seires has debuted within a week in which an African American birdwatcher was racially baited inside the very park Bouchard places his new comedy. Central Park has poor form with race relations; just ask Raymond Santana, Kevin Richardson, Korey Wise and Yusef Salaam (sadly made famous by the Central Park jogger case in 1989). Alternative viewpoint: what better time to introduce the viewer to some of this inclusive, resilient multi-cultural metropolis’ most wholesome fictional characters?

Animation has long been crucial to the collective voice of western pop culture – in commenting and satirising the world around it – and yet it’s impossible to remember when said art form has ever been deployed in such a gentle fashion as it has here. Whereas The Simpsons smirked and South Park sneered, Central Park does it’s talking by performing hip-hop songs about whether gardeners and fans of roller disco can cohabit with each other peacefully. This all makes for a fun show. An enjoyable show. A much welcome change of pace to anything else hanging out in the yard right now. To its credit, Central Park is a show that continues to smile, even when it seems there is less and less to smile about.