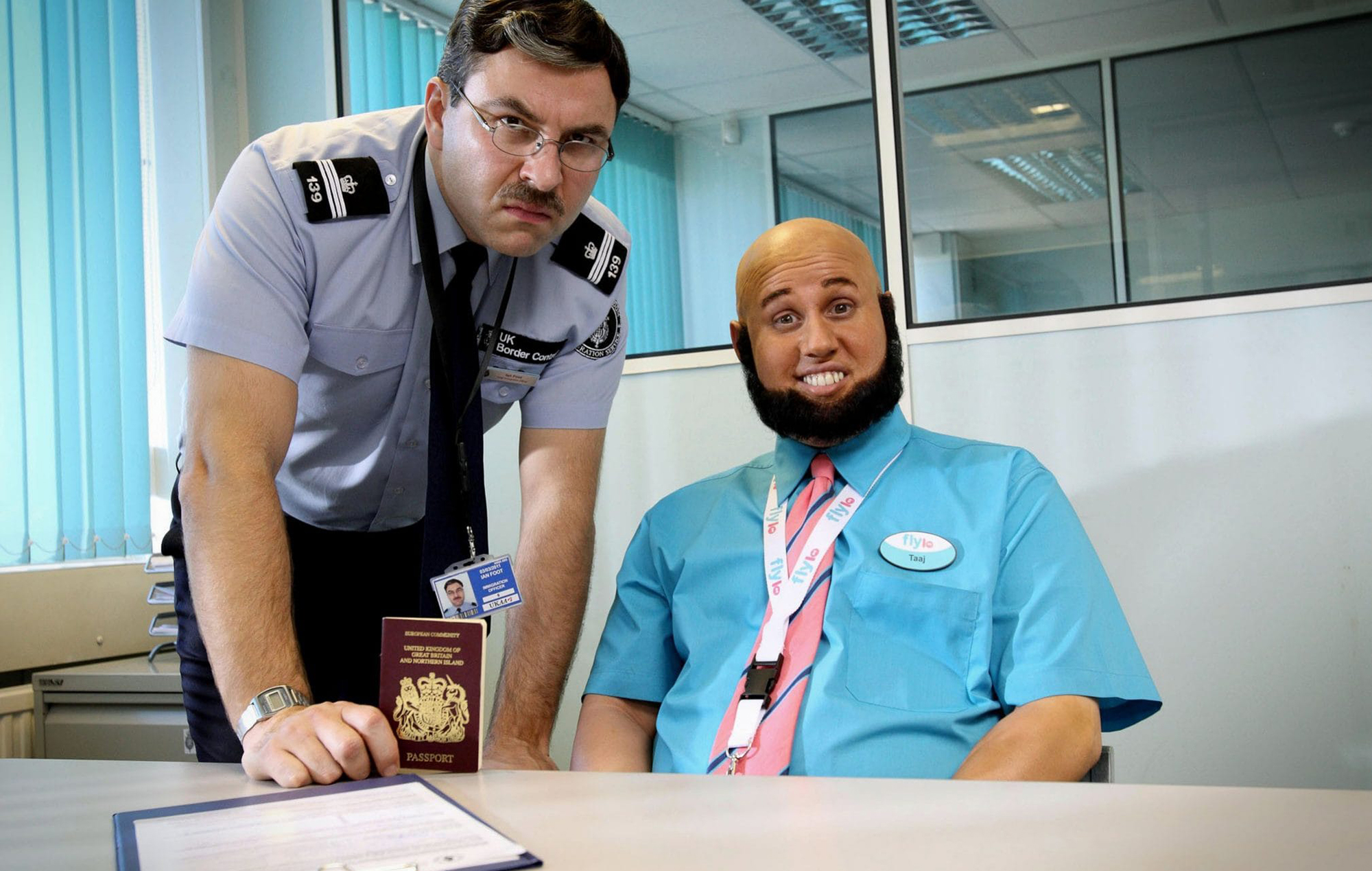 In the last few weeks, outrage has broken out online as classic TV shows are pulled from circulation in the wake of global anti-racism protests. Much-loved titles that have, in the past, been held up as the pinnacle of British telly, face cancellation or editing of episodes that feature bad taste jokes, racial slurs, and blackface.

BBC-owned broadcaster UKTV, for example, was quick to remove an episode of Fawlty Towers which saw its stuffy Major Bowen character use racist language in relation to an anecdote about the West Indies cricket team. Popular shock-comedy series Little Britain and Come Fly With Me, both written and performed by Matt Lucas and David Walliams, were taken off iPlayer, BritBox, and Netflix, before the pair issued an apology for the programme’s use of blackface. Later, Leigh Francis apologised on Instagram for his caricatures of black celebrities in noughties sketch show Bo’ Selecta, which is no longer available on All4. Other series, including The Mighty Boosh and The League of Gentlemen, remain on iPlayer but are no longer to be found on Netflix.

While comedies face re-evaluation of their content – material in some cases from just a decade ago – and there is a greater understanding of the harm they caused, the path of how we deal with past shows is less obvious. Could the drive from nervous broadcasters and contrite comedians to fix their past transgressions actually hamper efforts to improve equality?

Comedian Munya Chawawa, whose characters and sketches are regular viral sensations, told the NME such action would actually be harmful to Black and brown Britons. “Some people might say our broadcasters are doing the right thing by removing this disrespectful content. But, in the same breath, that’s also an easy way out by saying, ‘Look, we’re not racist anymore. We took down the racist episodes’. I personally think that we should keep the sketches available.” Rather than obscure these examples of racial inequality, Chawawa argues they’re necessary societal waypoints.

“It marks where we were at that time in history and where we were culturally,” he adds. “It’s important to have that on record, so we know that we need to progress leaps and bounds, and to also know we must have had a racism problem at some point, because we were ridiculing people of colour by mocking them on national television.”

What’s more, Chawawa says the removal of the most blatant examples of racism in mainstream media can also lead to a gaslighting situation for Black people and people of colour. “They can say, ‘Things still aren’t equal, because I’m being mistreated in this institution where I feel there isn’t full equality,’” he explains. “People can then reply, ‘No, that’s inaccurate, because we took down the programme, so we’re definitely not racist.’ Racism in Britain has always been more subtle and insidious – we need those blatant examples to remind us.”

Stand-up comedian and writer Dane Baptiste, whose recent BBC Three sitcom Sunny D was the first BBC sitcom with a Black majority cast in 20 years, spoke to NME about further structural problems these shows contain. “An issue for me isn’t just the fact that you have things like Little Britain and Come Fly With Me,” he says. “It’s the fact that two white men have been able to depict Black people in two shows and the BBC won’t even give one Black person a show.”

The lack of engagement with non-white actors and performers is a malaise, argues Baptiste, which is still to be overcome. “The depiction of various races and ethnicities in shows like Little Britain and Come Fly With Me isn’t the main issue, although they are fucking terrible in how they parodied people,” adds Baptiste. “There is an abundance of Black and Asian actors who could have been supporting artists in these shows and given them some level of credence, at least aesthetically. The BBC frequently overlooks these people or doesn’t actually utilise them when it is, I must stress, also funded by Black and Asian people. It refuses to provide any kind of counter-narrative from Black and brown faces.”

During these conversations Baptiste and Chawawa share personal experiences of racism to back up their comments. In one example, Chawawa explains how he joined a house rental website when he moved to London, but his applications for viewings were constantly rejected. After he changed his profile picture and his name from his own to something as generic as “Oliver Smith”, he was able to arrange viewings. “Britain has work to do, has always had work to do, when it comes to embracing and accommodating black people or ethnic minorities,” says Chawawa. “Ultimately, we have bigger racist fish to fry than comedy. I would rather be in a situation where if I need a house as a Black man, I can get a house. I’d rather be in that situation, than scrolling through Netflix and seeing nothing with blackface in it. I want to see the deeper, more institutional changes first.”

Baptiste, though, is keen to explain that television has a huge part to play in shifting the perception of Black people in the UK. “TV is more damaging to black people than the EDL in this country,” he says. “If you don’t see black people, then you will form your own perception based on what you see in the media. If you never see black people on TV over the age of 35 discussing anything other than race and sports, then every single time you see a black person on TV they’re pissed off about some racial injustice.” This imbalance, says Baptiste, strips Black and brown people of rounded characterisation: “You only see one dimension to their personality. We’re never shown the reality of who they are.”

Britain’s lack of on-screen diversity, says award-winning stand-up Maisie Adam, is rooted in the British comedy scene. “The reason you’re not seeing Black and brown comics on panel shows is because everything else below isn’t currently saying to those voices they are entitled to this space as well,” she says. “When I first moved to Brighton in 2018, I tried for ages to get in at the big comedy club near me – it was so white male every week. That’s just me looking at it as a woman, but I’m still white. Every week it was saying this is a club for white male voices.”

Discouragement at a local level leads to what Adam describes as a “huge systematic issue”. Minimal representation and few accessible gigs means acts are deterred from performing at the bigger festivals like Edinburgh Fringe. TV executives use places like Edinburgh as a hunting ground for future on-screen talent, compounding the problem further.

Whichever way you look at it, change is long overdue. A desire to confront our past and improve our future seems genuine and widespread. In the process of writing this feature, the BBC announced its Creative Diversity Commitment would be funded with £100million to invest in “diverse and inclusive content” over a three year period from 2021, with a mandatory 20% diverse talent target in all network commissions from next April. The standard issue social media complaints claiming ‘it was a different time’ pays no attention to how racial slurs and blackface were unacceptable in their day, when those affected had no voice. The scars from the past should perhaps be left visible. After all, we need to look back at where we’ve been in order to see where we’re heading.