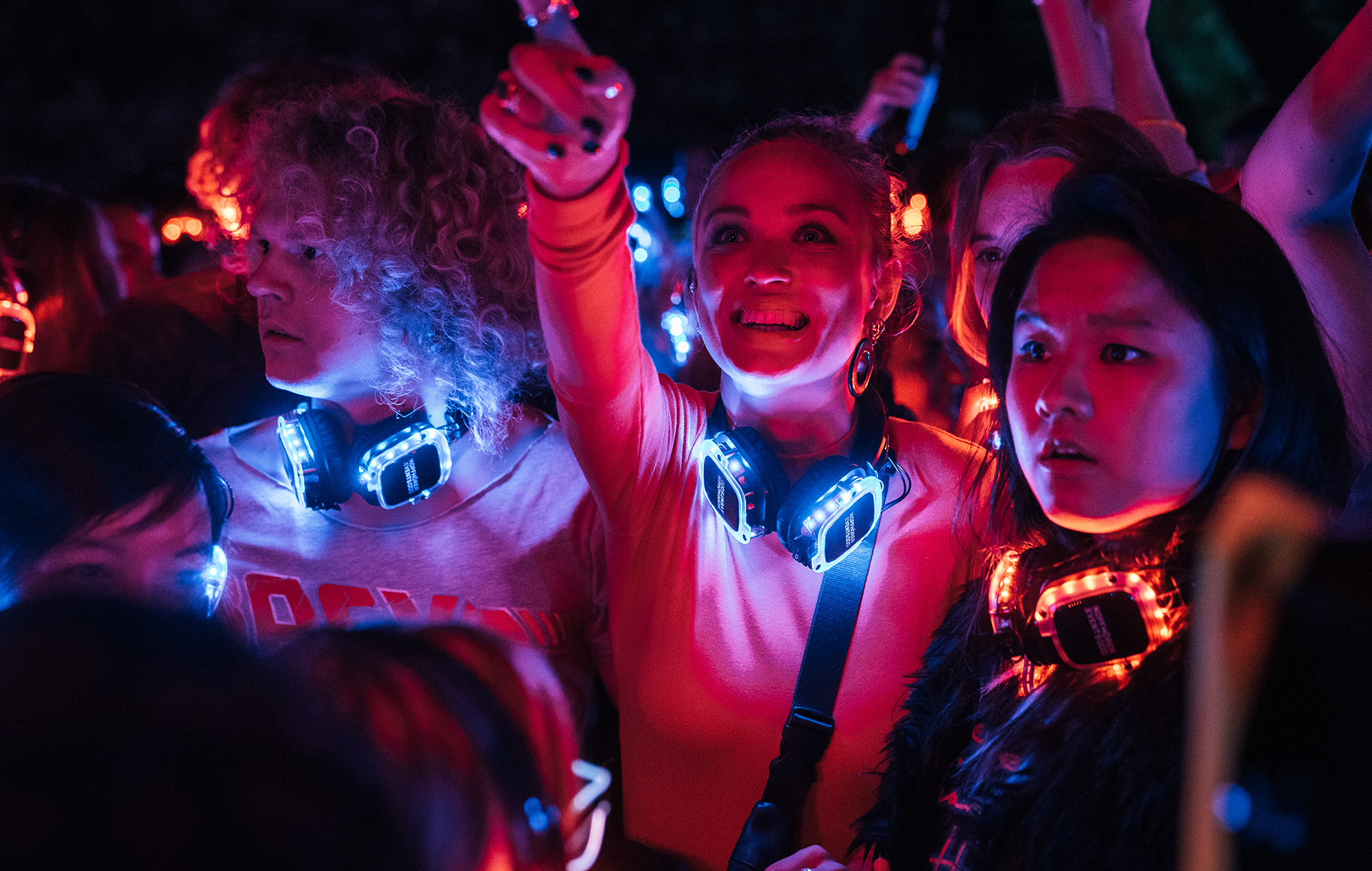 During quarantine, I found myself thinking about the time I spent at uni as an international student. Who could forget moving into a new apartment in a strange city, feeling excited and meeting new friends? But trying to find a balance between partying and an intense new curriculum to study can be tough. In new Netflix sci-fi Biohackers, protagonist Mia Aukerland (Luna Wedler) has to juggle all that and track down her family’s killer too. Everyone can relate to that uni experience, right?

The show starts off with a woman falling ill on a high-speed train. A young medical student (that’s Mia) hops up to try and resuscitate her. One by one, the passengers all begin to drop leaving Mia alone and afraid. The episode then flashes back two weeks, showing Mia as a college freshman moving into a new apartment near Freiburg University, Germany. We meet her quirky but lovable roommates, two of which are ‘biohackers’ – people that alter human and plant DNA via surgery and experimentation.

Her first class is in a huge lecture hall with chic Professor Lorenz (Jessica Schwarz) a leader in genetic experimentation. Her mission is to rid the world of genetic diseases and transform the next generation into a new humanity with altered genes. Mia is determined to stand out and secure a job within Lorenz’s lab. She uses her bright mind to impress her and seduces assistant Jasper (they later end up in a crazy love triangle with his roommate Felix) to get the job – unheard of for a freshman in their first semester.

As the story continues, we realise that her motivations lie beyond mere ambition. Mia’s actually investigating the tragedy of her family’s death that somehow has a connection to Professor Lorenz. With such a short series (six episodes in total, easily bingeable), each episode quickly takes you deeper into the connection between protagonist Mia and Dr Lorenz. There’s not a lot of time to waste, and no scene is drawn out too long. Some of the subplots do feel unnecessary, however. The series goes back and forth, with flashbacks adding more detail to Mia’s backstory before it all climaxes with a shocking cliffhanger, leaving you hungry for a possible season two.

In the end, Biohackers leaves you questioning the limits of scientific human experimentation and the morality of sacrificing a couple of lives to change the future of humanity. The premise is interesting and the series showcases current science like bioluminescent weed while examining the ethics behind genetic editing. It should especially appeal to students fantasising about post-quarantine college life, or anyone interested in genetic technology. It’s refreshing to see a show where the female lead isn’t particularly focused on love but instead on her need for revenge. Biohackers has potential, but in a second series, the writing will have to be tighter and less reliant on its cliched characters (Mia’s roommates include the stereotypical Chinese nerd and a sad rich party girl), tired tropes (a young blonde seeking revenge on an older brunette) and lazy storytelling.

‘Biohackers’ is streaming now on Netflix